You are here: Home / Fiction / Paranormal / Few Are Angels by Inger Iversen @KRIS10INGER 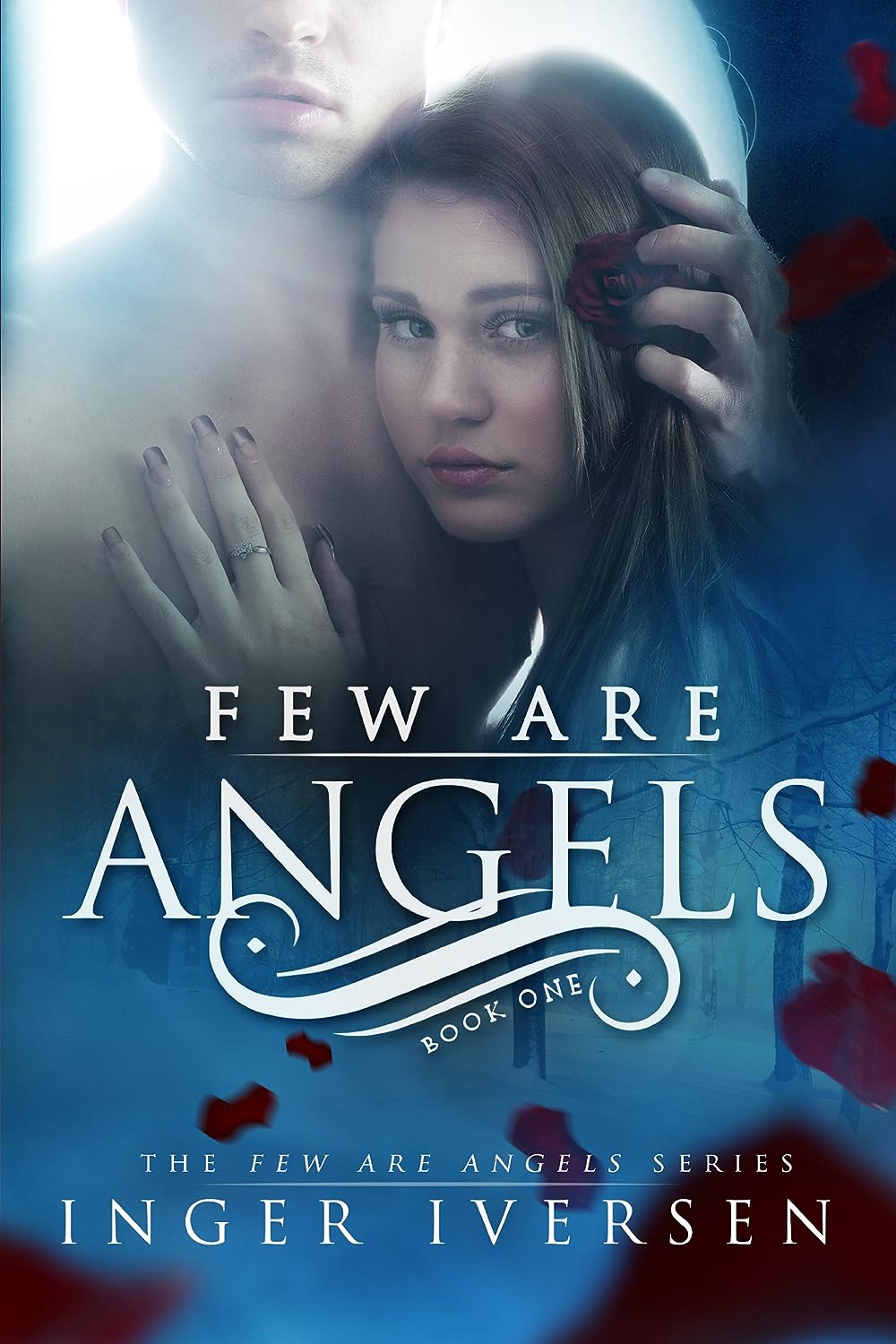 After a fatal hit and run accident, Ella Monroe fears that she’s lost more than her beloved parents. Horrifying visions of a past life and a disturbing voice in her head have psychiatric professionals convinced that she’s lost her sanity as well. But when Kale–a dark and handsome stranger with a mysterious past–reveals the true meaning of her visions and the tremendous power she wields through them, Ella must come to terms with the devastating truths of her own past, while eluding an ancient Dark Prince who seeks to control not only her future, but all of mankind’s, by means of abilities that Ella is only beginning to understand.

Enter the shrouded world of an age old battle between an ancient race known as the Immortals and their bitter enemy Laurent, the so-called Dark Prince, who commands an army of half-breed vampires known as Chorý. Both sides have been desperately searching for the prophesied emergence of the Arc, a clairvoyant with unparalleled power to recall the past and a soothsayer with clear vision into the future.

The Council of Immortals has sworn to protect the Arc, whom they have identified as young Ella Monroe, a college freshman from Virginia living quietly and unaware of her powers or her past. But a renegade Chorý has other plans for the protection of a girl he has loved through the ages. Can Kale convince Ella of who she is, what she is destined to become, and what he once meant to her? Is he truly the best protector to shield the world from the devastating misuse of her powers that Laurent is bent on controlling? Or will the forbidden love they share and Kale’s cursed condition as a retched and hated Chorý be used against them both?

This paranormal romance told from the heroine’s perspective builds in intensity and intrigue to a finale you won’t see coming. Heart pounding action mixed with heartwarming friendships and heartbreaking romance will leave you breathless and begging for more.

What Inspired You to Write Your Book?
A dream. A few years ago I decided to write a novel about a girl who lost it all and the man who followed her throughout time to protect her.

How Did You Come up With Your Characters?
They spoke to me and I wrote fleshed them out.

Book Sample
“I want to untie you, but I don’t want to regret doing so. Can we agree that everyone will behave?” I looked at Kale, but all I received was a shrug and another grumble.

Jace’s blue eyes were glued to Kale. “Ella, when I am untied, I will do whatever I can to take you back to the Council. I won’t have this creature infect you.”

Kale straightened up and moved closer to us. “Over my dead body.”

Jace’s slow, chilling smile revealed his white teeth. Though it was beautiful, it freaked me out.

“Then it should be easy, Nosferat, seeing as how your heart no longer beats.” Jace looked at Kale as if he would attack the first chance he got.
At this rate, I would never be able to get Kale and Jace to work together. Maybe Kale was right. We might be better off fending for ourselves against Laurent.

“You mistake the fact you are still alive for weakness on my part, but I warn you that as soon she sees you are not a necessary factor for her survival, I will finish what we started years ago, Vesco,” Kale spat, with such malice that halfway through his words I turned around to face him, not at all liking what I saw. His face was now plagued by hard lines, and his eyes, though they were always dark, were darkened with loathing. I hardly recognized him. I didn’t want to believe Kale would truly kill Jace or anyone for that matter.

“Stop, Kale, you wouldn’t,” I whispered. I searched his face for the Kale I knew. I understood the Council and vampires were enemies, but I couldn’t see Kale killing Jace. It was probably my naivety that pushed the idea that Kale was harmless.

“Yes, he would, Ella,” Jace said, pulling my attention back to his blue eyes. “It’s what he is—a murderer fashioned only to steal what humans cannot live without and to spread his disease. He was created by the Dark Prince. No matter how long he tries to deny his nature by drinking from rats and squirrels, he will always be a threat to you and all others. Even more so because he can walk in the light.

About the Author:
Inger Iversen lives in Virginia Beach with her tree-hugging boyfriend Joshua and her overweight lap cat Max. When not reading or writing she spends her time watching reruns of True Blood or killing zombies in Call Of Duty