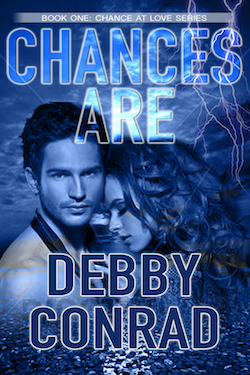 Curious about her birth mother, Jenna Caldwell leaves Chicago and sets off to find the woman who gave her up for adoption. But her life is turned upside down one fateful night. After surviving an automobile accident, which leaves one woman dead, Jenna realizes her life has been stripped away. She’s trapped in the body of another woman.

Jack Bolinger finds it hard to believe his wife doesn’t remember him, their daughter, or their rocky marriage. He finds it even harder to believe he’s falling in love with this woman. But something is different about her since the accident, which left her with amnesia, or so he thinks. In fact, he swears she isn’t the same person at all. However, when he suspects that prior to the accident she may have hired someone to kill him, he soon realizes the mistake he’s made by trusting her.

Jenna must try to stop a vicious killer from harming Jack. At the same time, she must try to prove her love for her newfound husband, along with proving her innocence. Starting over with so many lies standing between them, and a killer on the loose could be the biggest challenge of their lives. But these two people have no choice but to forget about their pasts and let love save them.

CHANCES ARE is the first book in the Chance At Love series.