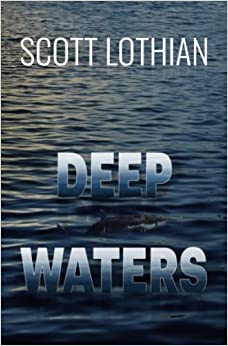 After surviving the worst shark attack in U.S. naval history, see if Jack can piece his life back together and help prevent an atomic catastrophe.

Deep Waters: Follow Jack as his life evolves from a high school football quarterback in Janesville, a small town in Wisconsin, to a crew member of the USS Indianapolis—the ship that delivered the nuclear bomb that helped end World War II and then suffered the worst open ocean disaster in U.S. naval history. Watch how his life is entangled in questions of a possible second bomb on the Indianapolis and whether it leads to the nuclear destruction of a beloved American city or helps to bring to light a 700-year secret known only to the descendants of a lone Knight Templar on a remote Japanese island. Follow the decisions Jack makes to survive and the paths he then has available to him as they narrow and lead him toward becoming a man he does not know. Find out if he will choose the right paths to survive a life not under his control.