You are here: Home / Fiction / Romance - Erotica / Falling from Grace Part One by Laura S. Fox 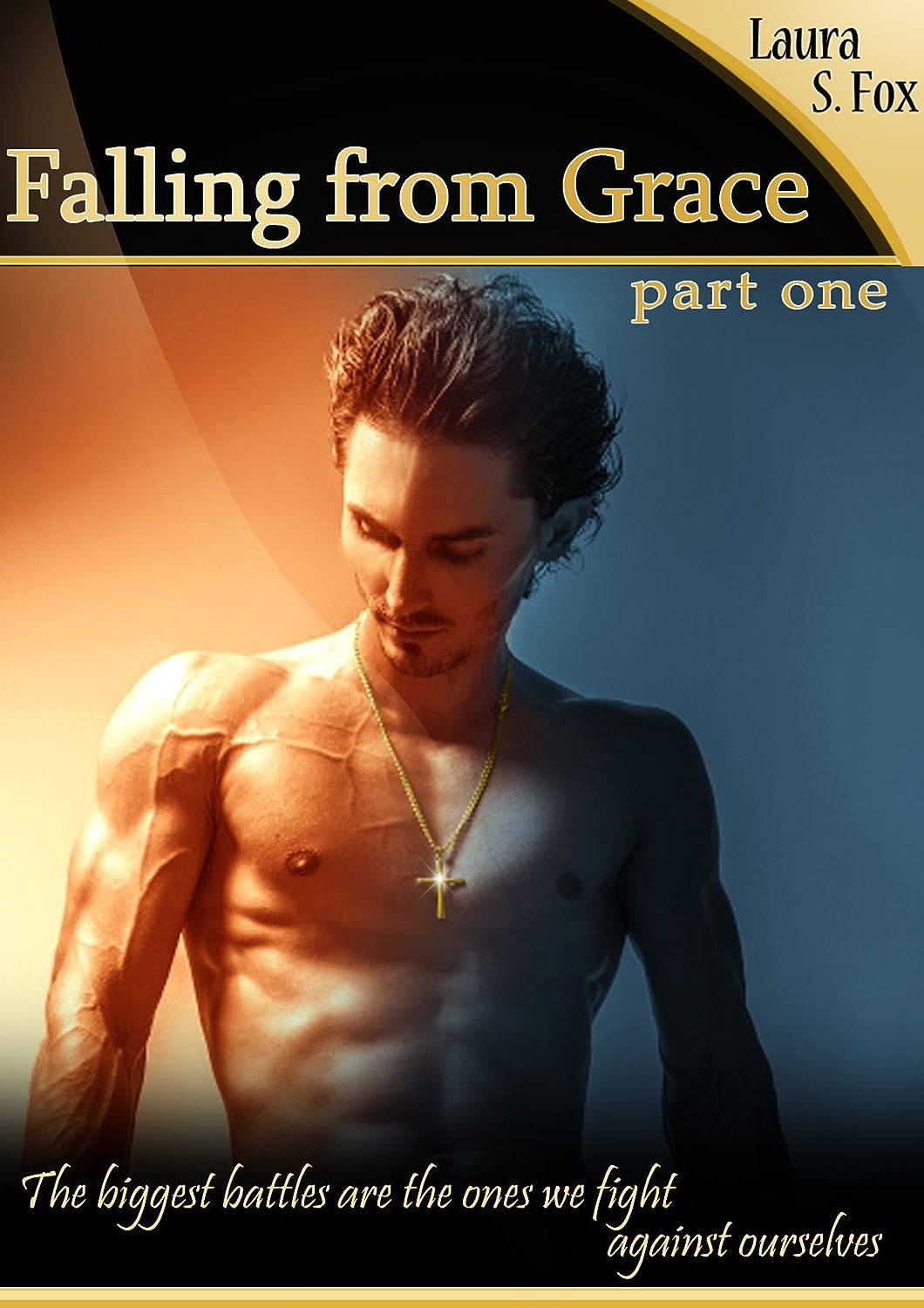 Falling from Grace – Part One

Liam Anderson feels like his life is going down the drain. A former priest sent to prison for double murder, clinging to his beliefs that are slowly fading from his heart, he is given another chance when a young man, Nick Donovan, asks for his help so that he would not get raped by other inmates. His noble intentions are quickly dashed by the unit’s informal leader, Marco Salieri who clearly tells him that Nick won’t escape his fate, no matter how much Liam will try defending the young man.

There is a chance, however, for Liam to keep his new found friend safe, as Marco makes him an offer he can’t really refuse: Nick won’t get raped if Liam accepts to surrender his own body and become Marco’s bitch. Outraged by the demand, the former priest refuses, but he quickly discovers that putting up a fight is not a viable option if he wants to do the right thing. He finally tells Marco he’ll do whatever the sexy and dangerous mafia boss wants, but slowly he starts to realize that falling from grace can have more meanings than one.

What Inspired You to Write Your Book?
I loved to hell the love story between Tobias Beecher and Chris Keller in the prison related series OZ, back in the days, and I have always wanted to write a steamy novel with characters evolving in such an environment.

How Did You Come up With Your Characters?
I like it a lot when the characters are conflicted. In this case, I thought Liam Anderson as the man who always tries to do the right thing, but ends up falling deeper and deeper down the rabbit hole. Marco Salieri is the type of man who never regrets anything, but, by interacting with Liam, he slowly gets in conflict with his own self.

Book Sample
Liam tossed and turned the entire night. He had instructed Nick to be next to him or the guards at all times, but he could not guarantee anything. There were too many things that could go wrong at any time. He felt as if walking on a string.
He had to do something. The man who looked like a woman had been clear. He would not be enough to stop those animals. He had to think.

When the alarm signaling the opening of the cells in the morning went off, he had taken a decision.

Breakfast went without incidents. After that, he instructed Nick to stay close to the guards, as they had to work in different places. He searched with his eyes, and saw the man he was looking for. He had little time to act, so he had to do it, no matter the consequences.

He stopped in front of the Italians, gathered around a round table, playing cards. Apparently, not everyone had to work in this place. He could tell the tall man he had almost got into a fight with the other day was the one in charge.

“Mister Salieri,” he called politely, after stopping in front in them, “can I have a word with you?”

Marco raised his bored eyes from the game and stared at the man he’d just dreamed of the entire night.

“Call me Marco, would you, caro?” he opened his arms and rose from the table with a smug smile on his face. The other men made a move to get up and follow, but he signaled them to sit down.

They found a quiet spot right under the stairs, Marco following Liam close, an opportunity to stare at the man’s back, and take in the way he moved, precise, yet graceful.

Liam turned, unsure of how to begin.

“Marco, please,” the Italian moved closer, stalking his prey and pushing him into a corner.

“Alright, Marco,” Liam said, trying hard to avoid physical contact, as the man was almost as close as being all over him. “Nick is a young man. If he’s on his best behavior, he might get out in a few years’ time. Don’t … please, don’t leave him with scars. He still has a life before him …”

Marco’s cruel laughter interrupted him. “You summoned me here, alone with you, so you can preach me, priest?” he snorted. “I really thought you were just about to give me some sugar.”

The brunet placed a hand on the wall, next to Liam’s head, and used the other to raise it to the man’s lips, and let his thumb caress the fullness of the bottom one he was seemingly obsessed with. Feeling the softness there made him hard between the legs.

Liam withdrew from the touch. “Alright, since I cannot appeal to the kindness of your heart, let me try something else. What would you like in exchange of leaving the kid alone?”

Marco hummed, seemingly pleased. “Now that’s more like it. A trade. Just one thing, puppy eyes. If we leave your boy alone, others will want him. What are you going to do then? Eh?”

As they talked, Marco leaned in closer, sniffing Liam shamelessly.

“Is there … anything I can do so that Nick doesn’t end up raped or killed, or both?” Liam asked nervously. The man’s proximity was more than annoying, it was unnerving.

“I’ll give you all the money me and Nick make here. They pay us, right?”

Marco threw his head back, laughing, then suddenly pushed one of his legs between the man’s legs, pressing him directly on the crotch.

“You’re kidding me, right? You’re so funny, priest,” he pressed his entire body against Liam, and inhaled his scent. The man’s body was taut and tense, just like he liked it.

Liam used all his power to refrain from pushing the man away. His heart was beating erratically, and he felt sweat pooling at the base of his neck.

“There must be something I can do,” he almost pleaded.

“Oh, yes, there is,” Marco whispered into his ear, while using his fingers to dip them into the man’s sweat on his neck. He sucked his fingers loudly. “Man, you taste good,” he added, and Liam felt his stomach turning into knots.
Marco saw the small glint, and curiously, he traced the source. When he tried to touch the cross, Liam jerked away. The Italian laughed. That was no artifact to keep the priest or his friend safe, no matter what the man thought.

“Here’s the deal. You become my bitch, and the kid will not get raped, nor killed. How does this sound? I’m really generous and I always keep my word. The guys were really looking forward to a diversion. They keep pestering me when they’re going to tap that sweet piece of ass.”

Liam felt thankful for being plastered like that against the wall. A slow sensation of bile rising in his throat was making him feel ill to his core.

“I don’t think that is something I can do,” he murmured, and suddenly, Marco withdrew and took a step back.

“Well, if that is how you feel …” he spoke, opening his arms like in fake surrender. “It will be entertaining to watch you try defending him.”

“Really, there is nothing else?” Liam insisted, feeling the only opportunity he got slipping through his fingers.

“No, caro, it’s your ass or his. Choose,” the Italian threw his last reply, before turning his back on a flabbergasted Liam.