You are here: Home / Book Excerpts / Excerpt From The Prosecutor by Adrienne Giordano @AdriennGiordano 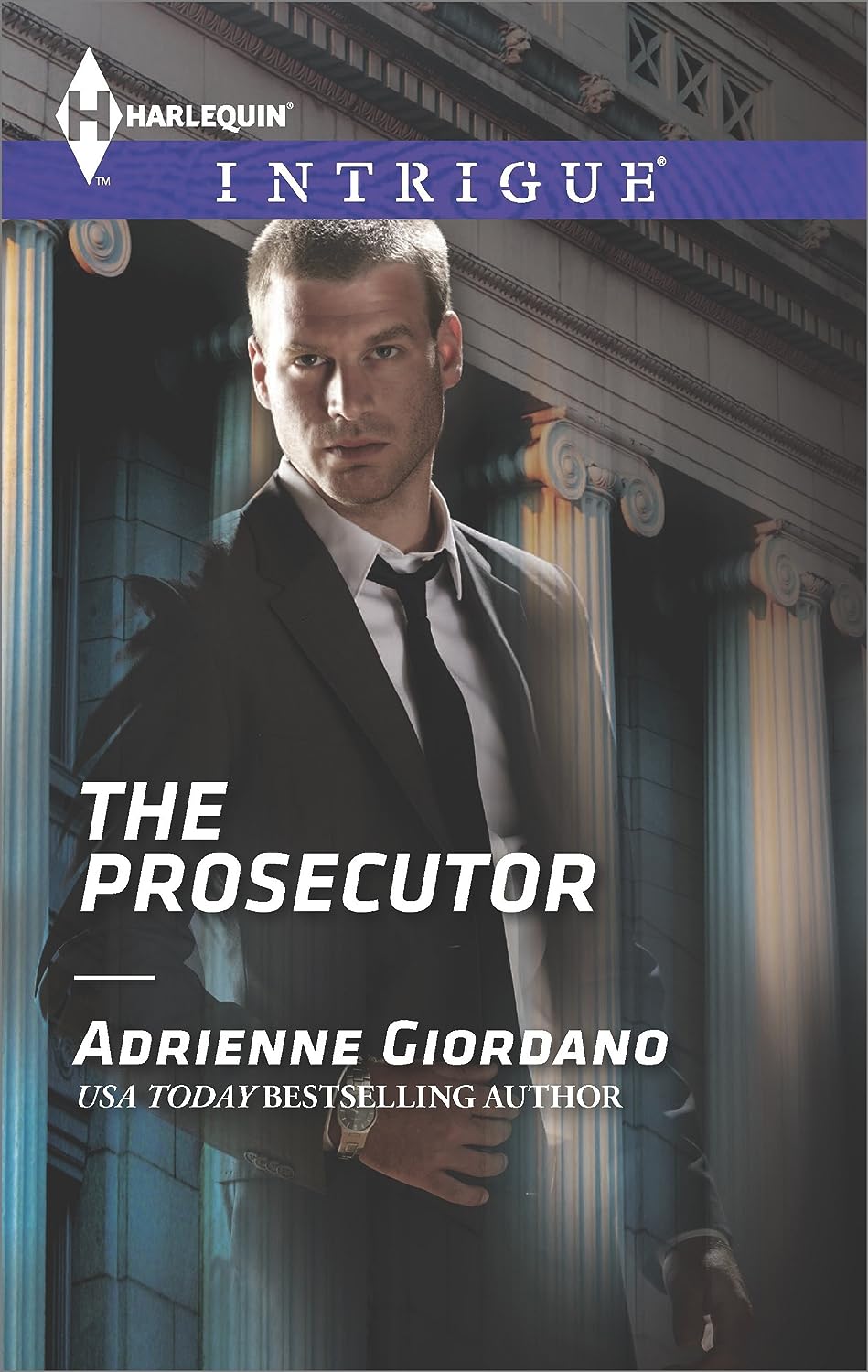 About your Book:
Two attorneys with everything to lose fight for justice in THE PROSECUTOR by USA TODAY bestselling author Adrienne Giordano

Chicago assistant state’s attorney Zac Hennings just got handed a political hot potato: keeping the convicted murderer in a high-profile case behind bars. He’s up against his most formidable—and alluring—adversary. First-year law student Emma Sinclair is passionately fighting to free her brother. But she needs the take-no-prisoners prosecutor’s help.

Caught between attraction and letting a killer go free, Zac walks a tightrope. Until evidence surfaces that the real culprit’s still out there. With his career and Emma’s life on the line, Zac races to right a terrible wrong. Refusing to back down, he’ll bring a cunning lawbreaker to justice—or die trying.

Chapter One
Assistant State’s Attorney Zac Hennings leaned back in his chair the second before a newspaper smacked against his desk. “If there’s any blowback on this,” Ray Gardner said, “it’s yours.”

Zac glanced at the newspaper. On page one, below the fold, was a photo of a young woman—brunette—gazing out a window framed by a set of gold drapes. Someone’s living room. The headline read, “Fighting for Justice.” He skimmed the first few paragraphs. The Chelsea Moore murder.

A burst of adrenalin exploded in Zac’s brain. Big case.

Turning from the newspaper, he looked back to his boss. Ray’s generic gray suit fit better than most he wore but still hung loose on his lean frame. Once in a while, to keep his staff sharp, Ray would show up in a blue or black suit. Regardless, the guy needed a good tailor, but Zac wasn’t going to be the one to suggest it. Not when Ray led the Criminal Prosecutions Bureau, the largest of the six divisions of the Cook County State’s Attorney’s Office.

Ray gestured to the newspaper. “The Sinclairs got traction with this. Steve Bennett—”

“The detective? The one who died last week?”

“That’s him. Brain cancer. He apparently refused to face his maker without clearing his conscience. He sent Emma Sinclair a video—starring himself— telling her the witness who ID’ed her brother wasn’t sure he got the right guy. According to Steve, detectives pressured the witness into saying he was positive.”

Zac took his time with that one, let it sink in. “We locked up Brian Sinclair for murder and now we’ve got deathbed revelations?”

“Something like that. The State’s Attorney called me at six this morning after seeing her newspaper. She wants the office bulldog on this. That’s you, by the way. You’ll have all the case files this afternoon.”

More files. Every open space in Zac’s office had been jammed with stacks of folders containing all the lurid details of crimes ranging from robberies to murders. Where he’d put more files he had no idea, but as one of nine hundred assistant prosecutors in Chicago, a city plagued with over five hundred murders last year, he had bigger problems than storage space.

Not for the first time, his responsibilities settled at the base of his neck. He breathed in, gave that bit of tension its due diligence and put it out of his mind. Unlike some of the attorneys around him, he lived for moments like this. Moments when that hot rush of scoring an important case made him “the man,” marching into court, going to battle and kicking some tail.

The cases were often brutal, not to mention emotionally paralyzing, but his goal would always be telling the victim’s loved ones they got a guilty verdict. No exceptions. In this case, they’d already convicted someone. Zac had to make it stick.

Adding to the drama was Chelsea’s father, Dave, who was a veteran Chicago homicide detective. A good, honest cop who’d lost his child to a senseless act of violence.

In short, Zac wanted to win.

“We’re already behind the curve with this article,” Ray said.

When Chelsea Moore’s murder occurred, Zac had been grinding his way through misdemeanors. After getting promoted to felonies, he’d worked like a dog to win his cases and it paid off. Big-time. Ray had just assigned him a politically and emotionally volatile case that he’d bleed for in order to keep Chelsea’s killer behind bars.

No matter how hard Emma Sinclair came at them, Dave’s daughter deserved justice. And Zac would see that she got it. He’d study the trial transcripts and learn the facts of the case.

“The PD will go to the wall for Dave Moore,” Ray said.

“Yep. The guy breaks cases no one else can. He won’t tolerate his daughter’s murderer going free. His buddies won’t, either.”
Ray pointed. “Bingo.”

If Emma Sinclair managed to get her brother’s conviction overturned, the Chicago PD would not only be angry, they’d also make sure Helen Jergins, the new State’s Attorney who’d promoted Zac, got run out of town. Hard.

Ray shifted toward the door then turned back. “Whatever you need, you let me know. We have to win this one.”
“I got this,” Zac said. “Count on it.”