You are here: Home / Book Excerpts / Excerpt From Something’s Amiss by Yawatta Hosby 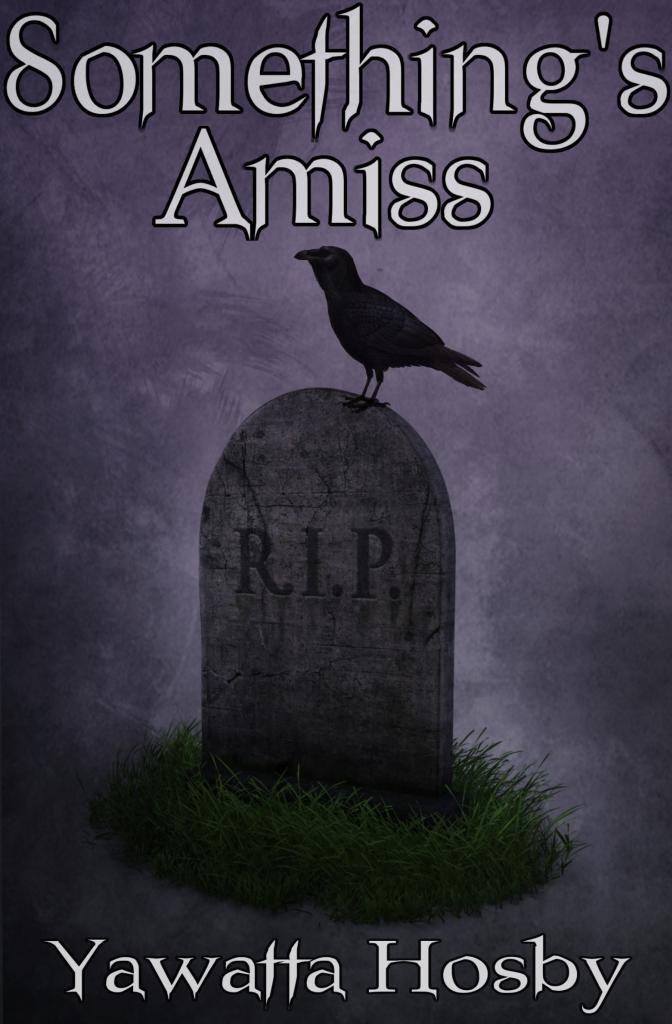 About your Book:
Oliver never thought he’d see his ex, Poe, step foot in Rhode Island again. But, she returns a year later to pay her respects for the loss of Jenna, his cousin. Deciding life’s too short, Oliver plans to fight for what he wants. Can he convince Poe to give him a second chance? Or will old resentments resurface?

Poe’s life is going well in Pittsburgh. Her comic book is in production, and she has a great social life. Her world is shattered when she finds out her best friend, Jenna, passed away. She goes to Rhode Island, planning to attend the funeral. Poe gets an unexpected surprise when she bonds with Jenna’s young daughter, Raven. And, for a long time, she thought her ex hated her. Soon, she realizes, maybe she was wrong.

Poe looked out the windshield. Gray clouds blocked the sun, causing dimness to the atmosphere. There were a couple of scratches on the dashboard, and some dust coated the air vents.

“How you holding up?”

Oliver squeezed her arm. “How are you holding up?”

“I don’t know. She was too young to die.” Poe fidgeted with her hands. “God, I’m using past tense already. This sucks.”

Oliver squeezed her hand. “It means a lot that you came.”

Eventually, they drove off; the radio played on low volume, filling in the silence. They reached Providence, passing a Holiday Inn on the left side of the road. Poe turned to Oliver, bewildered. “You just passed a hotel.”

He shrugged his shoulders. “So?”

“I’m not letting you stay in a hotel.”

“Well, it’s not like I’m going to stay with you.” Poe didn’t meet his gaze. She wasn’t kidding herself. She had a boyfriend back home, and Oliver had clearly moved on with his new girlfriend. It stung a little, but it was something she had to get over. “How’s Kate?”

“You know about her?”

“Just because we didn’t keep in touch doesn’t mean I haven’t heard about your life through Jenna and Dominic.”

Jenna, his cousin, was the queen of gossip. She had meddled in people’s lives, thinking she knew best. It was an addiction. Since Poe liked guidance, they made a good team.

Poe glanced at him with a questioning look.

“Jenna and Dominic,” he answered.

She sighed. “Leo wanted to come with me for support, I guess.”