You are here: Home / Book Excerpts / Excerpt From Playing with Fire by Cassandra Bella @CassandraLBella 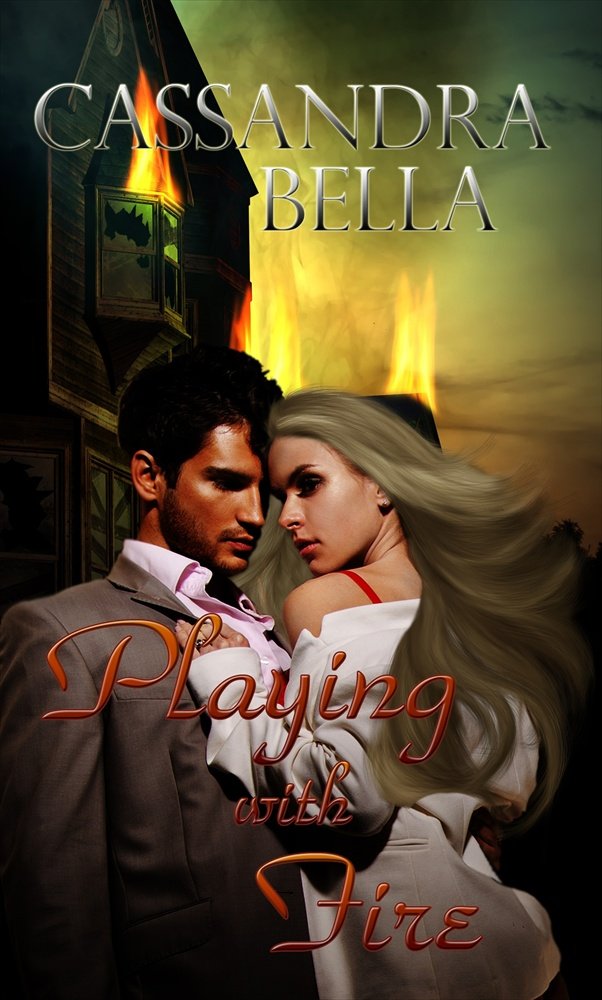 About your Book:
At the tender age of eighteen, Jessie Bacelli learned the truth of evil. After the murder of her father, Jessie steps in to take care of her younger sister, Annie, while following in her father’s footsteps and becoming an agent for the Federal Bureau of Investigation. Dedicating her career to bringing down Luther Rabago, the man responsible for her father’s death, she doesn’t have time for distractions in her life. Especially when they are as handsomely annoying as fellow agent, Alec Chambers.

But then Jessie is faced with the worst horror of her life. Luther Rabago has taken her sister, Annie, and initiates a dark game of cat and mouse that stretches from the streets of Downtown Denver to the heart of the French Quarter in New Orleans. Partnered with Alec, Jessie finds herself battling not only her fear for her little sister, but her attraction to a man that is everything she swore long ago she would never allow in her life. And as the flames ignite around them, Jessie realizes she very well might lose more than she ever imagined.

CASSANDRA BELLA believes it wasn’t just the fact that she was born the day before Valentine’s that she was fated to write romance. Intrigued by deep emotions that touch the heart and that special spark of falling in love, she enjoys creating stories and characters that leave her readers with a smile on their face and a tear in their eye.

Go away. Please . . . just go away.
She wasn’t strong enough tonight. Was having a hard time remembering all the reasons why it was a bad idea to become involved with a man like him.
“Okay.”
He stopped with only inches between them. Though she hated to do it, she turned, faced him. “Anything else?”
His eyes growing dark with desire, he didn’t answer. He just stood there, staring, his body heat waving over her, igniting the fire she was trying so hard to douse.
He wanted her as much as she wanted him. She didn’t doubt that for a minute.
So why not?
It wasn’t like she was giving herself up to some demanding relationship between them. It was just sex. What they both obviously wanted, craved after.
Making up her mind, her confidence returning with full force, she inched closer, enjoyed the heated shift in his expression as he realized what she was coming after.
“So, Chambers,” she dropped the tone of her voice to a low, sultry drawl. “Is there anything else?”
Alec fought the overwhelming temptation for only a second before giving in.
On a low growl, he grabbed her, wrapping his fingers around her arm, jerking her hard against his chest. He lowered his mouth to hers, claiming the very thing he kept telling himself he had no right to.
She tasted sweet, exotic. A tantalizing mix, overflowing his senses. The citrus scent of her shampoo surrounded him, heated the blood raging through his veins.
Soft and supple, she melted against him, the thin scrap of her towel the only barrier between them.
Curling his hands around her bare shoulders, he deepened the kiss, unable to get enough. His desire too great to be quenched. It threatened to overwhelm him, took a hold unlike anything he’d ever known.
The woman drove him crazy, left him feeling like a teenage boy all over again.
Moaning, she pressed in tighter, leaving no doubt as to what she wanted. Rotating her hips along the bulge in his shorts, she threatened to drop him to his knees.
Thrusting fingers through her hair, he tugged until her head fell back, exposing the soft swell of her neck. Dropping small kisses along the delicate curve, across her collar bone, he worked his way down, teasing the slash of ivory skin above her towel, so tempted to pull it free. To expose the gloriously naked body hidden behind the soft cotton.
It was a fantasy come true….
A fantasy too good to be true.
With the last bits of self control, he left the towel in place, pulled away, curving his hands around her slender shoulders. “Why, Jessie?”
It took a moment for his words to penetrate through the sensual haze clouding Jessie’s brain. “Why what?” Drifting back to earth, she fought off her disappointment over his abrupt halt.
“Why now? Why this …you and me?” His intense stare reheated the bare skin he’d trailed fiery kisses over only seconds before. “This morning you despised me. Now you’re willing to tumble under the sheets with me.”
“And this matters to you, why?” Flattening both palms against his chest, she trailed her fingers over the firm muscle lines. “Aren’t you the one who likes the love them then leave them, no strings attached, affairs?”
Spinning lazy circles in the small thatch of dark hair, she inhaled his spicy scent, stepped in closer, prepared to pick up where they’d left off. “Sex can be a great distraction, don’t you think?”
She smiled seductively, hoping he’d take the hint. “And right about now, we could both use some of that distraction.”
Wrapping his long fingers around her wrists, he stepped out of reach. “I can’t believe I’m about to say this,” he sucked in a deep, harsh breath, let it out slowly. “But I don’t think this is a good idea.”
Shock pushed her back, out of the patch of heat she and Alec had created. “You don’t think….“
She shook her head, unable to believe she’d heard him right. “You, of all people, decide to suddenly form some kind of moral standard.”
Hiding the bite of rejection underneath her rising anger, she crossed her arms over her breasts, aware all over again how little she wore.
Exposed in more ways than one, she wanted him out of the room, out of her sight, and out of her life.
“Goodnight, Chambers.” Refusing to look him in the eye, she brushed past.
“Jessie.” He reached for her, his fingers brushing against the tender skin beneath her wrist.
Stepping out of reach, she flashed him her back. “Go away, Alec.” She kept her voice steady, refusing to allow him to hear one ounce of the disappointment and embarrassment she suffered.
Without waiting to see if he’d do as she asked, she headed for the bathroom, closing the door behind her.