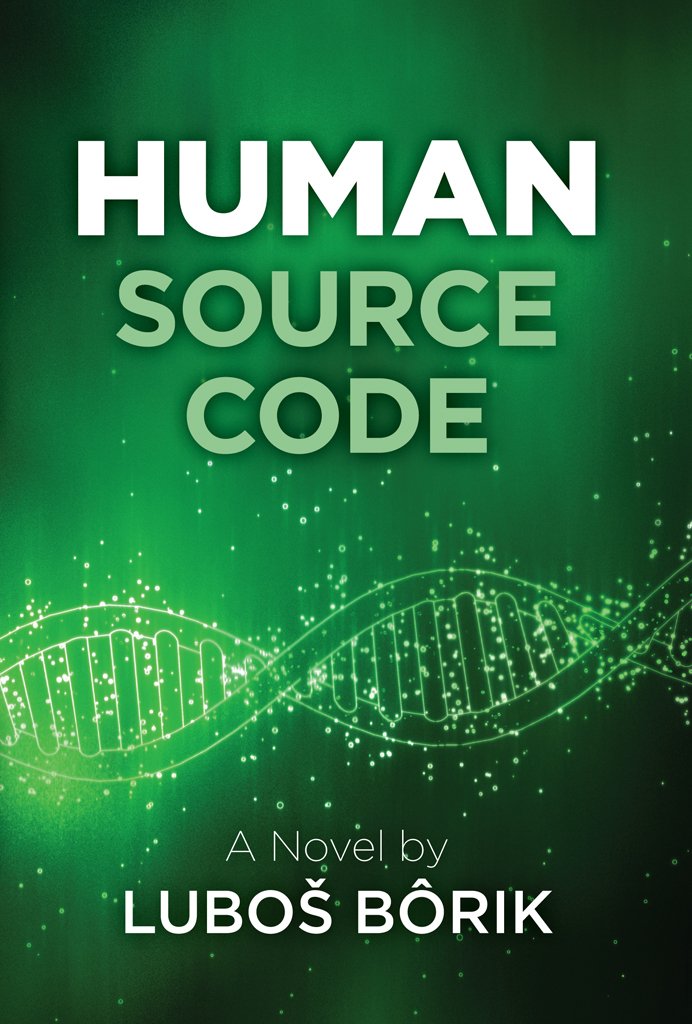 About your Book:
Is evil in us?Coded in DNA?

Imagine you could uncover exactly what lurks within your DNA, revealing the code that shapes your mind and body and using that knowledge to change yourself. Now imagine someone else making those changes instead. In Human Source Code, the hypothetical becomes reality when one organization attempts to manipulate the human code for its own terrifying purposes. Detective Klapman’s attention is brought to a series of seemingly unrelated and accidental deaths after they continually turn up with a single therapist in common. Klapman’s journey eventually reveals the existence of a secret international organization that is intent on manipulating the very nature of what makes us human. Can our minds truly be controlled from the inside out? Will Klapman bring this organization to light in time to save the others?

“Randolph, you’re always harping on about the same old thing. I thought that you had something new. These accusations have been going on for almost three years without any evidence. I offered to buy your stake, but you wouldn’t accept my offer.”
“Of course I couldn’t accept your offer. It was based on a potential dividend payout model, which completely disregarded the dividend potential without your yearly payouts.”

“My bonus was approved by the board.”

“Yes, but the board consists completely of your nominees, and I can’t make my voice heard at all at general meetings.”

“Sorry, Randolph, but that’s the way we drafted our joint venture agreement and articles of association.”

“Yes, but we were friends then who trusted each other. The documents were a necessary evil. I never thought we would have to have this conversation.”

“We don’t. Sorry, Randolph, I’ve got to go. It’s getting dark, the fog’s thick, and this road is a nightmare. I promise we’ll talk when I’m back.”

“Harry, I want this sorted, not just promises.”

The phone went dead. Harry was ready to forget his life back home. He couldn’t afford to lose the dividends without affecting his annual bonus and slashing his lifestyle. His Porsche was climbing to the peak of a mountain and then it would be just a short distance, down a steep descent, to his destination. He sped up to drive adrenaline into his blood and started singing again. He overtook a car in front of him and was buzzing all the way to the next left bend. He looked ahead and saw no lights coming towards him; he was ready for his Formula One manoeuvre, clinging as close as possible to the left-hand lane to use the car’s low centre of gravity for maximum speed. He floored it.
From the top of a mountain, a couple of tourists were watching the Porsche. The car was on its way to a bend when they realised that for such high speed, the car was going too far to the right when it should be either slowing down or sticking to the left. Suddenly and unexpectedly, the car went straight.

It did not stop but continued at high speed. The car was approaching the edge of the road, beyond which there was only a steep slope downward, a gorge. The tourists looked at each other with open mouths and yelled, “Stop!” but no one heard their cries. The car continued. It left the road and was, according to the laws of physics, in a position of no return. It went over the edge and leapt into the open air above the abyss. The tourists lost sight of the car.