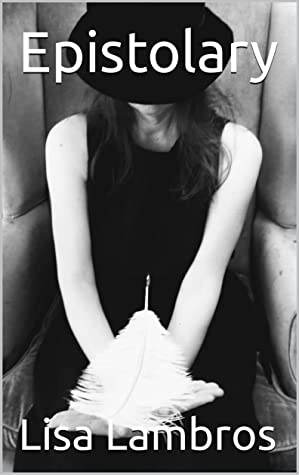 It is the mantra of the Narcissist, but also a pattern of American society.

Mandy Hood exchanges letters with her father while describing her life as a camp counselor in one of the greatest national parks of America – The Grand Canyon. It is here she re-encounters Gilbert DeRoquedu, whom she had previously known in high school. With girlish zeal, Mandy pens the breathtaking scenery and foibles of counselor life until it comes to an inauspicious end for her. Faced with new challenges, Mandy then shifts her letter-writing to Gil until her family’s crises put a halt to it.

After thirty years of separation, a more mature Mandy and Gil chance to see one another again in South Central Pennsylvania and pick up where they left off. Despite having married other people, they begin to express their romantic feelings for one another in addition to descriptions of her newfound motherhood and his expertise of Classical antiquity. Through emails and shared files their epistolary relationship heats up until it explodes in a fiery passion. However, Mandy’s love affair costs her in ways she cannot fathom, until it is entirely too late.

In the aftermath of Mandy and Gil’s tragedy, the community of South Central Pennsylvania, and ultimately, America at large, grapple with having love bombed, devalued, and discarded segments of its own population.

What Inspired You to Write Your Book?
When I was kicked out of my mommy group for advocating vaccination in 2018, I stewed. Who then would warn new parents of the danger that lurked in the group? How would new parents know to ask other parents about their vaccine philosophies in other mommy groups, daycares, and church nurseries? I tried writing a Letter to the Editor, meeting with a local legislator, and created provaccine mommy groups, all to no avail. Later, I discovered local school districts permitting a local crisis pregnancy center with its religious pro-life agenda teaching sex ed in our public schools. And last, I discovered how much Confederate monuments glorify treasonous enslavers and dissuade Black Americans from visiting national parks, such as The National Military Park of Gettysburg, which is where the tide of the Civil War changed for Abolition. Incensed, I decided to write a book that tackled the root of all of these issues – narcissists. Narcissists, who have no humility, do not defer to expertise, but gladly spout the pseudo-science of antivaxx rhetoric, erroneously claim Confederate statues as beacons of history, spread the ignorance of abstinence-only education (and consequently disease), and gleefully trample on the hearts of those who love them. This lack of deference costs our society an equality of genders, races, and it forfeits real lives. I decided to create characters with whom the average reader could identify or empathize in order to realize the consequences of these kinds of actions. The book also became a way for me to flex some visions I have, as well as test my ability to write romantically.

How Did You Come up With Your Characters?
I modeled Mandy largely after some college women I knew who intellectually supported vaccination, but emotionally couldn't divorce themselves from the mommy group because resources for women, especially mothers, are so scant in the USA. Her father Adam, is just a misogynist (modeled after men in my own family) who grooms Mandy to be dismissive of women. Gilbert is like a lot of men I've dated who suffer the Madonna/Whore complex. Eliza Dupont was modeled after me and Beatrice after other women I have known. Except for Eliza, no one character is specific to anyone I have known, they are composite ones and their actions are completely fictitious.