You are here: Home / Fiction / Drama / Edge of the Wind by James E Cherry 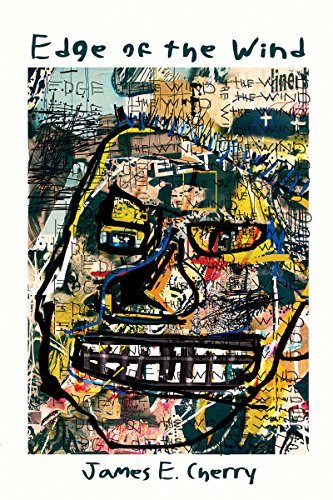 In the highly suspenseful Edge of the Wind, the main character, a sensitive but deeply troubled 25 year-old black man, Alexander van der Pool, is off his meds and has begun hearing voices, especially that of his alter ego, Tobi. Having been holed up in his sister’s bedroom in southwest Tennessee for two months, Alex has done nothing but read and write poetry. Until one day, he is convinced writing poetry is his life’s calling and sets out to visit a local community college to have his work evaluated. But life takes a terrible turn when those at the college reject Alex and his work. When they try to kick him out, he takes matters into his own hands and holds the literature class hostage. Noted author James E Cherry holds nothing back as he tackles mental illness, race, poetry, art and the importance of relationships in this his second novel.

Targeted Age Group:: 18 and Up

What Inspired You to Write Your Book?
The book was inspired by a real hostage event that took place at a community college in rural west Tennessee in 2003. In that incident, a math class was held hostage. In Edge of the Wind, its a literature class with much discussion about poetry, art, politics, racism and relationships.

How Did You Come up With Your Characters?
The characters were a compilation of people I have known in my life and my own distorted imagination. The protagonist is an erstwhile poet who is off his medication and hearing voices. He has been holed up in his bedroom and decides to get his writing evaluated. He visits a literature class at a nearby college and when they try to put him out, he pulls out a gun.

Book Sample
Alexander van der Pool awoke like a man crawling out of a deep dark hole. He yawned, stretched, rubbed crusts of sleep from his eyes and flipped off the radio that crackled with more static than jazz. The weather had changed since he’d been holed up in his sister’s spare bedroom in Stovall, the middle of nowhere. Late September descended upon west Tennessee, blanketed it in shorter days, cooler temps. He knew that meant the frenzy of high school football, bright lights at the county fair and fields woven with intricate designs of cotton. Alex knew this part of the country well and hated it. He was born and raised in Stovall and couldn’t believe after all these years he was now back where he started. He blinked twice and everything sharpened into focus: four pairs of pants clung to the back of a chair, three short sleeved shirts draped a dresser. Several torn out pages from a legal pad haphazardly covered the bed. Books—poetry, novels, textbooks—were strewn across the bedroom floor as if nothing more than an afterthought. Some were dog-eared, others lay open on their bellies and many were stacked upon one another, but all were the by-product of his sister’s four years at State College. In the last two months, Alex had read everything in the room, had re-read Dickenson, Langston Hughes, Hemingway, and Steinbeck, but he fell asleep with Richard Wright’s Native Sonacross his chest. He groped like a blind man for the book beside him and when he did, it thudded against the floor.

Alex bolted upright, sat aside the bed, jerked his head around as if someone had called his name and he couldn’t determine which direction it came from. He held Native Sonlike a rosary while his eyes settled on a photograph of himself, his sister and mother on the dresser. The image was as fresh as it was seventeen years ago. He closed his eyes and savored memory as if it were a slice of deep rich chocolate. He was nine years old, his sister Margaret, fourteen and their Mom between them with her arms draped around their shoulders. It was Saturday on an April afternoon and he was happy. Again. The three of them smiled as if Marshall Park was heaven and they had halos over their heads. Happy. He and his sister ran for the swing set, used their legs to break the bonds of gravity and raced toward the sun. Her legs were longer and stronger and sometimes she sailed so high and wide, he thought she would orbit the planet at any moment. The basketball court was another matter. What he lacked in height and length, he compensated for with speed and quickness. Alex faked left and drove right to get around Margaret and lay the ball off the backboard and through the net every time. Afterwards, his mother returned from their car, stretched a blanket across green grass down by the lake and the three of them bowed their heads and blessed a picnic basket of fried chicken, potato salad, fruit, and slices of chocolate cake. They washed it down cold bottles of orange soda and smacked their lips. His mother became recumbent against the earth, used an open book to shield her eyes from the sun. Margaret waved at a classmate, Elise, met her halfway to discuss Mrs. Sutherland’s English class and Everett Bond who sat in the third row. Alex meandered by the lake, the late afternoon light warm and ethereal upon the water. He walked down a pier where kids his age used it as a diving board to splash in and out of the water, their laughter yellow and round as it bounced across the park. The wind rolled off of the day like a bedtime lullaby and no amount noise could drown out its sweet harmonies. He sat on the bank of the lake, lingered in the peace he’d found there. When he walked back towards his mom, four ducks flapped their wings and waddled after him. Alex felt bad that he had nothing to offer them and they soon stopped, watched him stumble up a hill. When he reached his mother and sister, Elise had joined them and was holding his mother’s camera. He still remembered the inflection in Elise’s voice when she said: “say cheese.”His mother and sister were all he’d had and all he’d needed. Before he was nine, there was a father in the house, but when he left, Alex, his sister, and his mother, stretched the fabric of their own lives to cover the hole and make the pattern complete again. The only thing that he possessed that belonged to his father was his last name and an old photograph. Most days he even managed to push those out of his mind. His sister and his mother were the only family he’d ever known and loved. It was as if he was born at nine years age. Anything before that time was too painful to remember.