You are here: Home / Fiction / Romance - Erotica / Duocarns – The Arrival by Pat McCraw 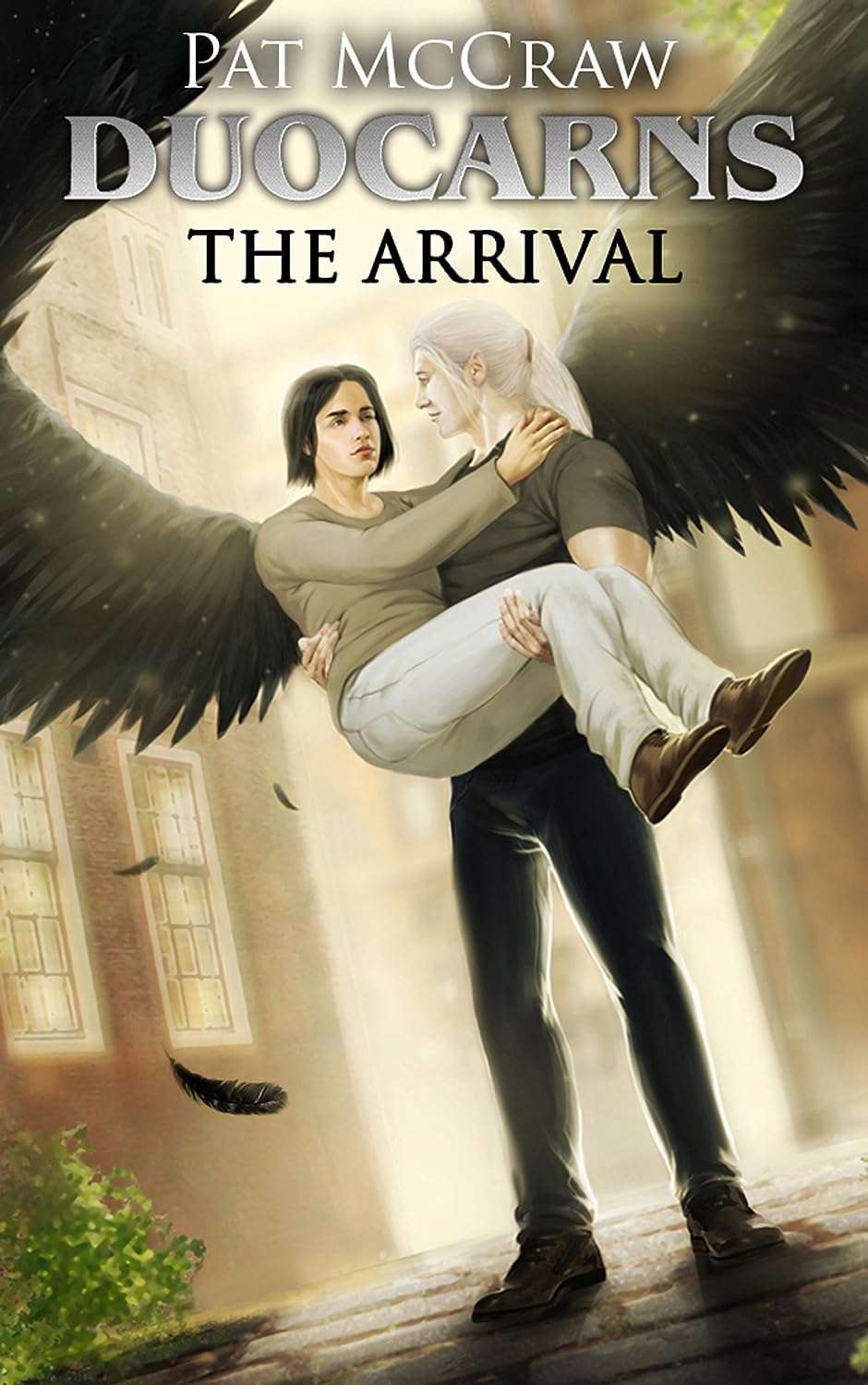 On the hunt for their mortal enemies, the Bacanis, five attractive Duocarns warriors

find themselves stranded with their space cruiser near the Canadian city of Calgary.

The crew possesses some unusual talents…

The street worker Aiden manages to snare him for herself.

The gay warrior Tervenarius also attracts the attentions of an earthling – David, the estate agent.

Although he resists at first, David is not to be put off, and things soon escalate.

The Duocarns suspect that the Bacanis are also on Earth. Despite the distractions of their amorous adventures, the warriors continue their pursuit. After landing in Vancouver, the Bacanis are rather less lucky than their foes.

Led by their unscrupulous, power-hungry captain Bar, they embark on a secret campaign of robbery and murder amongst the unsuspecting human population. Bar establishes a drug empire – but never guesses

that his nemesis is still closing in on him.

What Inspired You to Write Your Book?
I got my inspiration reading J.R. Ward’s Black Dagger. But I duid not wanted vampires for my books. Therefor my Duocarns are attractive aliens.

How Did You Come up With Your Characters?
When my husband died, I had the plan to write me a new man.
But I had so many wishes. Too many for only one man.
That’s because the Duocarns are five 🙂

Book Sample
The door to the control room opened with a hiss. The scouting party had returned. Solutosan hoped they were bringing good news. He had been studying the available information about the planet with Chrom but broke off work when the team arrived.

Xanmeran strolled in, holding in his outstretched arm a furry creature which was bucking and snapping in the air.
‘Caught a Bacani,’ he said with a grunt.

To Solutosan’s side, Chrom began to shake. Then his silent quaking broke out into peals of laughter. ‘That isn’t one of us!’ He could hardly speak and his voice cracked with mirth. ‘That’s a local life-form!’ He was struggling to stay on his stool.

‘What in Vraan’s name?’ Solutosan gasped, bewildered. ‘What have you brought in here?’ He was furious. ‘Have you lost your mind?’

Xanmeran held the thrashing beast up to his nose, turning it one way and another to examine it. This did little to improve the creature’s mood. ‘Oh! Er, sorry.’

‘Get rid of it!’ Solutosan commanded.

‘Wait!’ Chrom slid over to Xanmeran. He had swiftly called up an image of the animal from the data he had amassed about the planet. ‘This species is called a Wolf.’ He cocked his head and looked under the creature’s belly. ‘A she-wolf.’ As he looked calmly into the wolf’s yellow eyes, the feverish snapping of its teeth stopped. ‘Put it on the floor.’

Xanmeran let the beast fall to its feet. In the blink of an eye, the she-wolf scurried over to the thin Bacani, who crouched down to greet it. The other fighters looked on, entranced, as the animal nuzzled Chrom with its thick skull and licked his hand.

‘Well, I think we should let her stay,’ Chrom said, and returned nonchalantly to his seat. The creature followed at his heels. The she-wolf seemed to have become attached to Chrom. Extraordinary! And Chrom had clearly taken a liking to her too. Solutosan frowned and observed how the big, grey wolf lay at his feet, her head resting on her paws.

He sighed. ‘For better or worse, we have to make friends with the creatures of ‘Earth.’ Let’s start here.’

About the Author:
Pat McCraw develops her characters with a loving and humorous eye. She allows the reader to see right into the heart of the most cunningly villain or the most tender of the Duocarns’ romances.
She lives with her three children and two dogs in the Eifel mountains in Germany.