You are here: Home / Fiction / Mystery/Suspense / Drowned Murmurs by Honor A Dawson @HonADawson 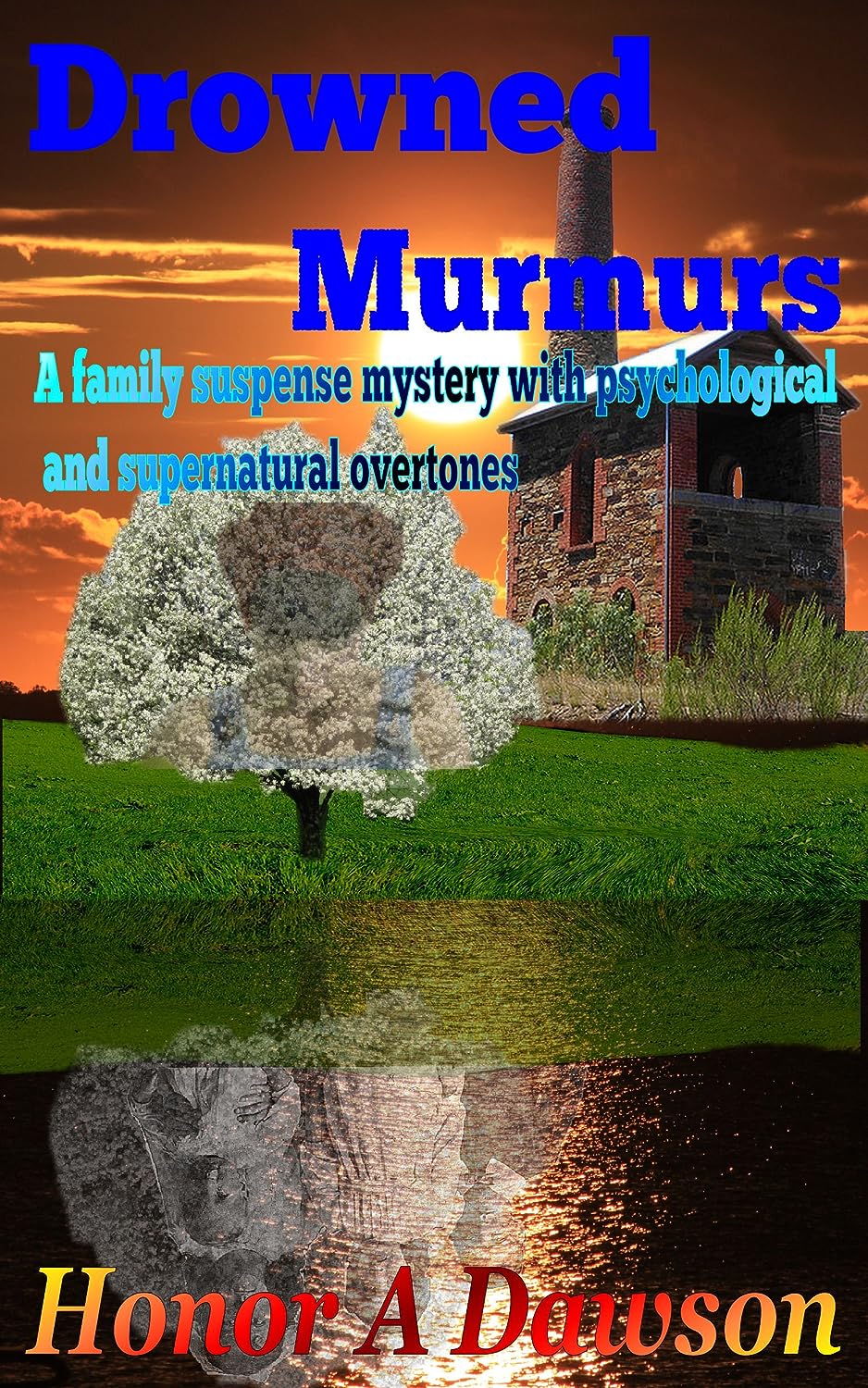 2014 Primrose Cottage stands abandoned and derelict, a stark reminder for many locals of it’s uncomfortable history.

1900s Catherine is burdened with family responsibilities, isolated from friends and family. Jack her husband is indifferent, uncommunicative and frequently absent. This lack of contact has taken it’s toll. Amelia with her modern attitudes is Catherine’s only moral support and confidant, but the comfort is fleeting and infrequent.

2014 Michaela is relieved to escape the city bustle, this new home is a ramshackle Victorian house which needs much attention. Just the idea of a successful renovation is exciting.
Her joy and expectation is crushed by a stream of drawbacks and the harsh realities of getting overstretched, the work is incessant and husband Sam is so patient!

Michaela develops some disconcerting obsessions stemming from some odd behaviour from her mother, irritating remarks from neighbours, all this anxiety mounts up until she reaches bursting point. While working in the garden or the outbuildings she’s experienced a series of hallucinations, heard children’s voices, Sam’s concerns heighten, as her husband he feels some weight of responsibility, but what should he do?
Michaela takes the initiative, she’s desperate to rid herself of nagging doubts, now she has learned about Primrose Cottage’s previous occupants, a recent ancestor… Catherine.

The rumours and opinions about Catherine stir up Michaela’s emotions, convinced they are unfounded,as a strong character she’s determined to quash them. Michaela starts a personal investigation campaign regardless of the consequences,
Unknown to her, someone harbours a family grudge, mixed with dark undercurrents of anger.

What Inspired You to Write Your Book?
Many aspects of life are key elements in all my novels, including my Luke Adams series. From a practical stand point I decided if I wanted to write some strictly individual titles I would need to depart a little from my usual material. So I thought about some of the authors I have admired, then James Herbert of “The Rats”, Magic Cottage Crickley Hall came to mind he wrote in a magnificently engaging style with elements of the paranormal and supernatural. So I thought it may be satisfying to try my version of a story involving ghostly apparitions in my own distinct style

How Did You Come up With Your Characters?
Characters are not story components that readily pop into your head, well not for me anyway! I had to ponder for sometime before the lights went green and my mental traffic became orderly!

Having learned from some excellent writers how character expansion works, I decided to go for a slightly female bias I admire the strength and sensitivity of the suffragette movement so I approached the “Drowned Murmurs” story with a different

This choice has given me a flexibility and a cast of characters that vary substantially with qualities we can recognise from our everyday lives. I am convinced we are all in a living novel, the nature of which is not quantifiable, but the degree of strangeness in our world is impossibly greater than our imagination can ever conjure.

About the Author:
I was originally a software developer and a systems analyst for a major bank. The experience and disciplines have been applied rigorously to my writing.

I have always been an avid reader averaging 50 titles a year, a book cached away in my baggage even when I was pony trekking,climbing and walking the hills and mountains of several countries, camped in the middle of jungles or on the wide savannah. My travel adventures and outdoor pursuits have been extensive and often adrenalin pumping! This life blend will eventually be utilised in some of my future novels.

I am a U.K resident, I live in a rural setting away from the hub-bub of the cities, an ideal environment for an author to be.

I create “family driven” mystery suspense thrillers , the emphasis is character and subject based, so expect emotionally charged episodes grounded by uncomfortable situations, some romantic interest,others may include supernatural/paranormal elements. These are books that climax to a “storyCrunch” time.

My title catalogue is growing steadily by 2015 I hope to have released 10 novels.

I am confident, because I have written them already, and they are in an editor’s grasp!Saying that gives me a tingling feeling, I must stay calm !