You are here: Home / Bargains and Freebies / Bargain Books Under $3 / Double Life by S. Usher Evans

Piracy is a game. How much are you worth?

Since she was a little girl, everyone – from her father to the Great Creator himself – told Lyssa Peate the same thing: she’s worthless. But when she becomes the pirate bounty hunter Razia, she can see the price tag on her own head. Employed by one of the four pirate syndicates, she uses bank transactions and her considerable wits to capture rival members. At least, she would be if Razia’s boss ever gave her a chance. It’s a man’s world, and all she’s allowed to hunt are purse snatchers while she languishes on probation.

To pay the bills, she’s stuck in her old life as Lyssa, discovering and analyzing distant planets and selling them for cash. She’s doing just enough to stay out of trouble, pretending to be continuing her father’s mysterious research while away for long periods of time. Her slimy boss is always asking questions and even assigns one of her younger brothers, Vel, to intern with her. Already struggling to keep the balance between her double lives, she tries everything to rid herself of the kid…

…until the universal police mistake Lyssa’s intern for Razia’s hostage. 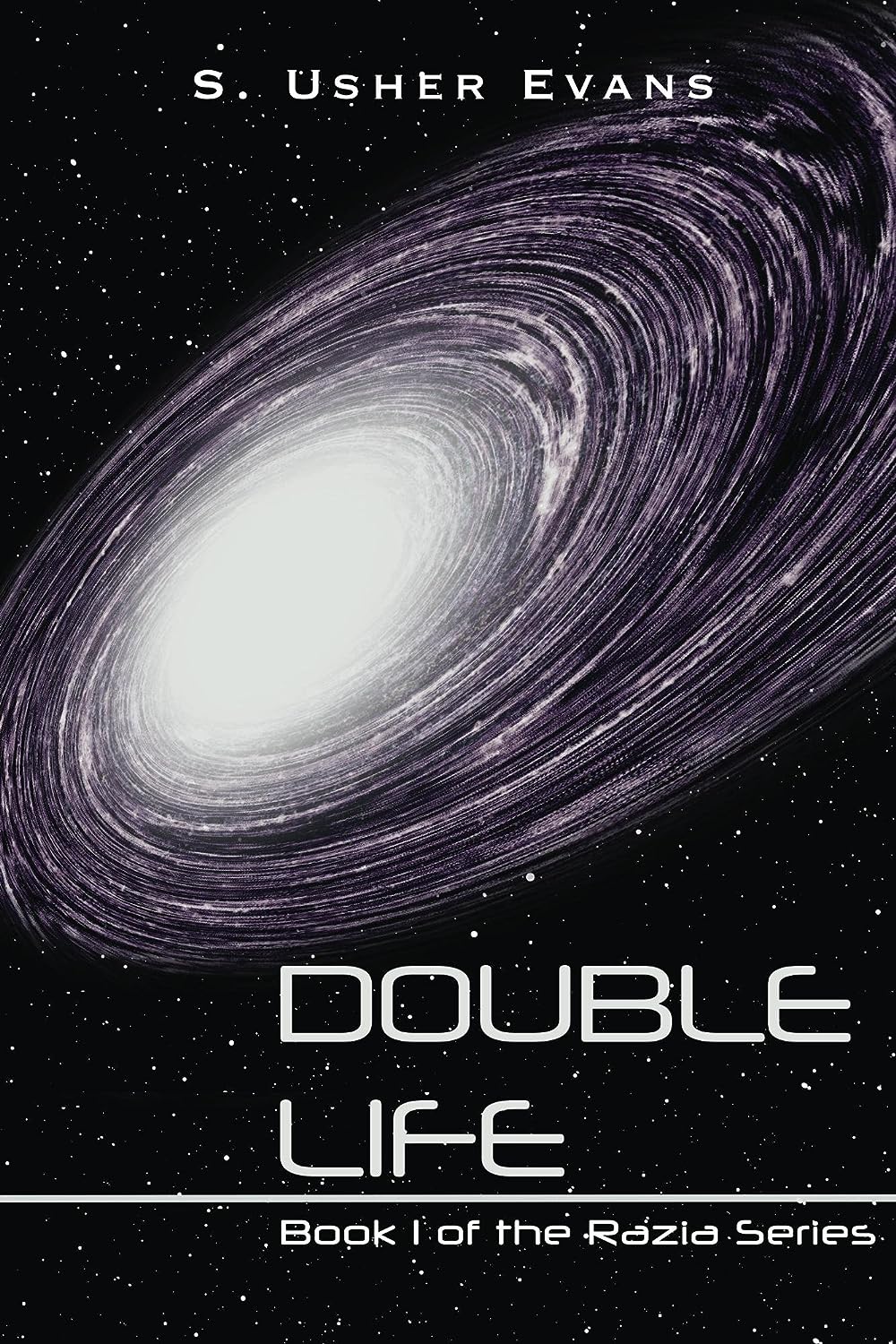 How is Writing In Your Genre Different from Others?
Double Life was described as a “space opera with soul.” Although set in the fantastical realms of a galaxy far, far away, the emotions and feelings that the characters have are universal. Everyone has dreams, and those of us who struggle on a daily basis to make those dreams come true know how it feels to have everyone tell you that you’re wrong. Everyone knows what it’s like to suffer through loss and to try and make sense of it. And for me, the journey towards self-acceptance is a bumpy road that is a constant battle.

What Advice Would You Give Aspiring Writers?
There is no such thing as an aspiring writer. If you put something down on paper, you are a writer.

If you want to get published, figure out what that means for you. If it means getting validation from an agent, then one of the Big 5 publishers, that’s one thing. But most people just want to see their book in print, they want to have people read it and review it. They want to make a little (or a lot) of money. And for that, there are so many other options – self-publishing, small press and independent publishing. As we do in yoga: set an intention for your publishing journey and stick with it.

What Inspired You to Write Your Book?
Double Life was finalized during my quarter-life-crisis, where I realized that I had been living life all wrong for years. I was struggling with the two parts of myself and that battle seeped into the emotional journey of Lyssa Peate. Lyssa wants nothing more than to rid herself of her “real” life – one fraught with emotional baggage from jealous siblings, a verbally abusive and distant father, and a mother who would rather she’d never been born. She sees Razia as the panacea – and believes that once she “makes it” as a pirate, she will be truly happy. What she comes to find is that it’s impossible to be happy while hating a part of yourself – the very same lesson I learned during my quarter life crisis.

About the Author:
S. Usher Evans is an author, blogger, and witty banter aficionado. Born in a small, suburban town in northwest Florida, she was seventeen before she realized that not all beach sand is white. From a young age, she has always been a long-winded individual, first verbally (to the chagrin of her ever-loving parents) and then eventually channeled into the many novels that dotted her Windows 98 computer in the early 2000’s. After high school, she got the hell outta dodge and went to school near the nation’s capital, where she somehow landed jobs at National Geographic, Discovery Channel, and the British Broadcasting Corporation, capping off her educational career with delivering the commencement address to 20,000 of her closest friends. She determined she’d goofed off long enough with that television nonsense and got a “real job” as an IT consultant. Yet she continued to write, developing 20 page standard operating procedures and then coming home to write novels about bounty hunters, teenage magic users, and other nonsense. After a severe quarter life crisis at age 27, she decided to finally get a move on and share those novels with the world in hopes that she will never have to write another SOP again.