You are here: Home / Fiction / Horror / Dead by Morning by Kayla Krantz 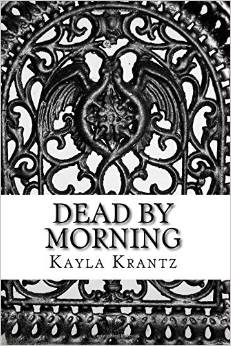 Everyone has their problems in high school; pessimistic high school senior, Luna Ketz, is no exception. She is the obsession of the most popular boy at school, Chance Welfrey. Though many girls would kill to be in her position, Luna cannot help but feel that something is deeply wrong with him. When the town of Lima, Ohio is turned upside down by the mysterious ritualistic deaths of two cheerleaders, Luna’s life quickly becomes entangled in a web of lies and murders spun by the least suspected person in town.

Slowly, she begins to learn of an elaborate plot that endangers not only herself but everyone she loves as well. When Luna figures out who is behind the killings, things make a turn for the bizarre when she is contacted by a friend she has not heard from in years. It is then that she realizes that she is very much in danger, but although she can avoid the killer in reality, she cannot avoid him in her dreams.

What Inspired You to Write Your Book?
I was inspired to write this book by seeing the powers that desires can have. When a person obsesses over something they are often motivated to do things, crazy things, in order to get what they want.

How Did You Come up With Your Characters?
My characters are all based off of people that I used to know in middle school. However, the protagonist (Luna Ketz) and the antagonist (Chance Welfrey) are based off of the good and evil parts of my mind. They are two halves of a whole.

Buy Dead by Morning On Amazon