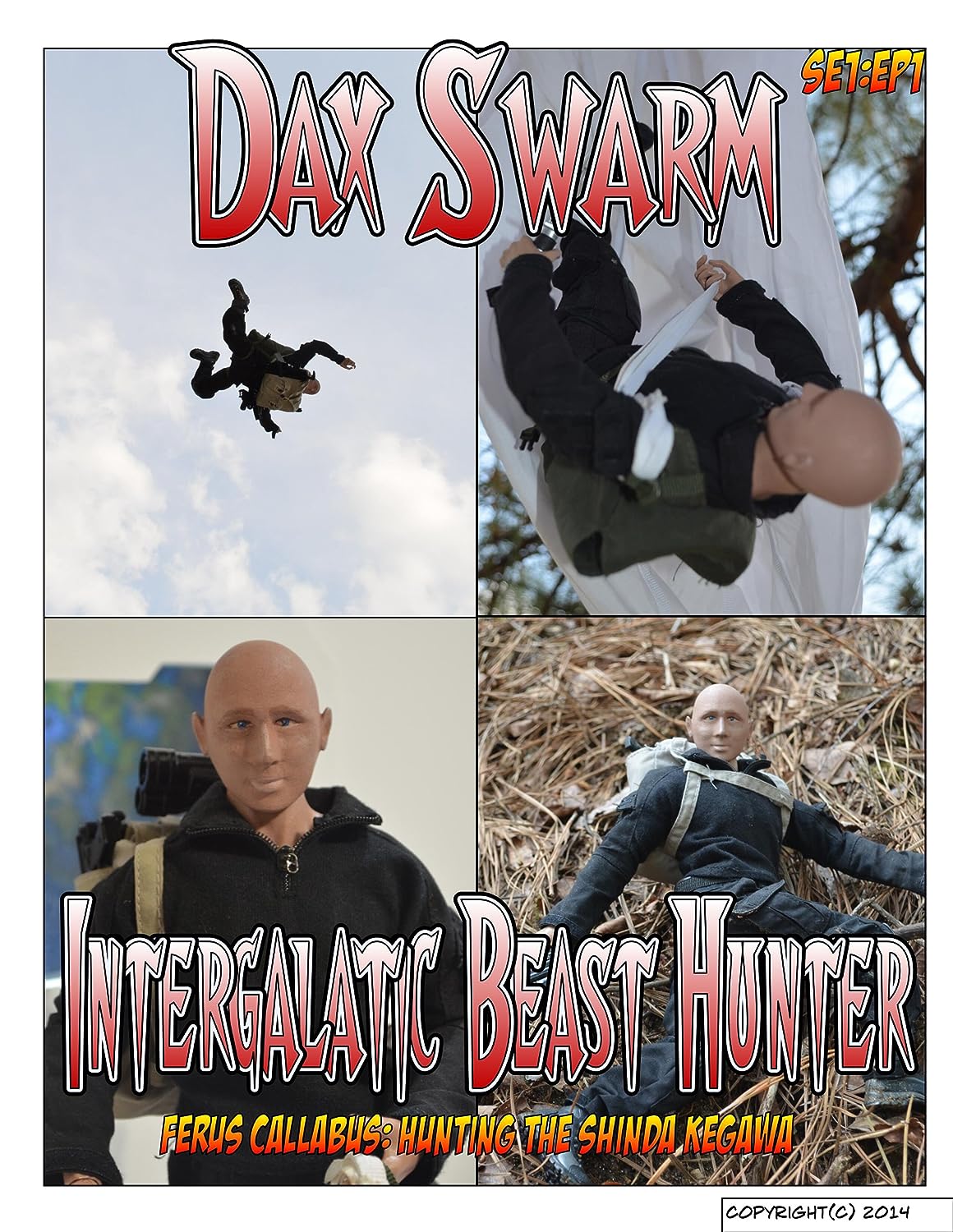 Far in the future scientists are revolutionizing the evolutionary process. They can terraform a planet, seed it with DNA. In less than 100 years the planet has a full ecology of its own and can be colonized. But sometimes things go wrong in the Accelerated Evolutionary Process (AEP). Sometimes a Dominant Species takes over the entire planet making it completely uninhabitable for other life forms. That’s when the Galactic Association of Planets calls Dax Swarm. Dax hunts those beasts down and brings a specimen back to the lab so the scientists can make changes to the DNA profile of the planet.

In Season 1 Episode 1 (SE1EP1) Dax and his crew take the SS Descender, a deep space transport cargo ship, to the planet Ferus Callabus. Dax and his crew have been to this planet before and things did not run out so well. The Shinda Kegawa is an out and out killer. Its main defensive weapon is a prehensile tail that has a tendency to burst into flames. And that beautiful tail is attached to a 3500 lb body that is fast, nimble and deadly. Dax doesn’t get nervous but if he did this would be a good time to do so.

Every planet has its own unique challenges when it comes to survival. Dax and his crew do not receive any support when they are on an alien planet. He is a professional beast hunter and alien planet survival expert. Dax will show you how to stay alive in the most inhospitable planets in the galaxy.

How Did You Come up With Your Characters?
By using the comic book format Jeff can satisfy two sides of his personal interests. He loves the writing but also loves the art of making the beasts, doing the design and layout for the book and of course taking the photographs

About the Author:
Raised in New Jersey, just across the bridge from Philly, Jeff graduated with a degree in photography and graphic design from Beaver College, now known as Aracadia University. For some reason his wife of 15 years has supported all his whacky projects and that includes raising 2 kids and 2 cats.