Why did the legendary gunfighter, Ringo, come to Boot Hill? Rumors and innuendo ignite the small frontier town. Did the wealthy rancher, Willy Gibson, hire him to combat the cattle rustlers? Was he here to even up some old grudges? Or to hunt down the men who tried to kill him?

Miss Sarah, the most beautiful woman in town, seemed in a much different mood after he checked in at the hotel where she worked.
Curly Bill knew who he was, or thought he should, since they rode together for a time. Curly also remembered that around Ringo, you always watched for signs of trouble, if you were smart.

“Would you mind telling me why you’re in Boot Hill, when you’re supposed to be in hell?” Curly asks.
Ringo glanced at him out of those cold clear blue eyes. “I came back,” he said quietly. “I got lonesome down there. Kept thinking about some fellows I should have taken with me.” 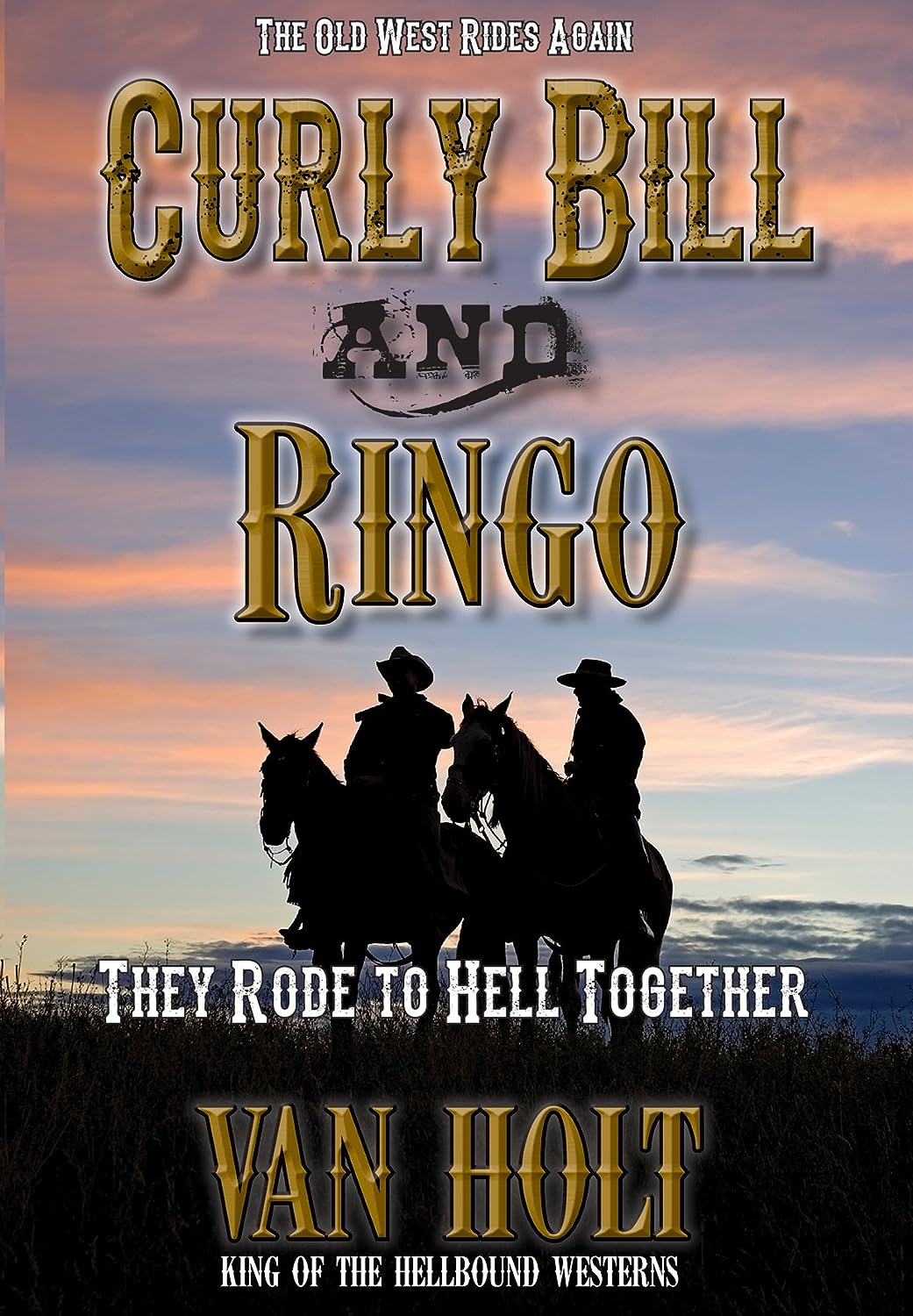 Holt says there hasn’t been too much excitement since he got out of the army, unless you count the time he was attacked by two mean young punks and shot one of them in the big toe. Holt believes what we need is punk control, not gun control.
After traveling all over the West and Southwest in an aging Pontiac, Van Holt got tired of traveling the day he rolled into Tucson and he has been there ever since, still dreaming of becoming the next Zane Grey or Louis L’Amour when he grows up. Or maybe the next great mystery writer. He likes to write mysteries when he’s not too busy writing westerns or eating Twinkies.