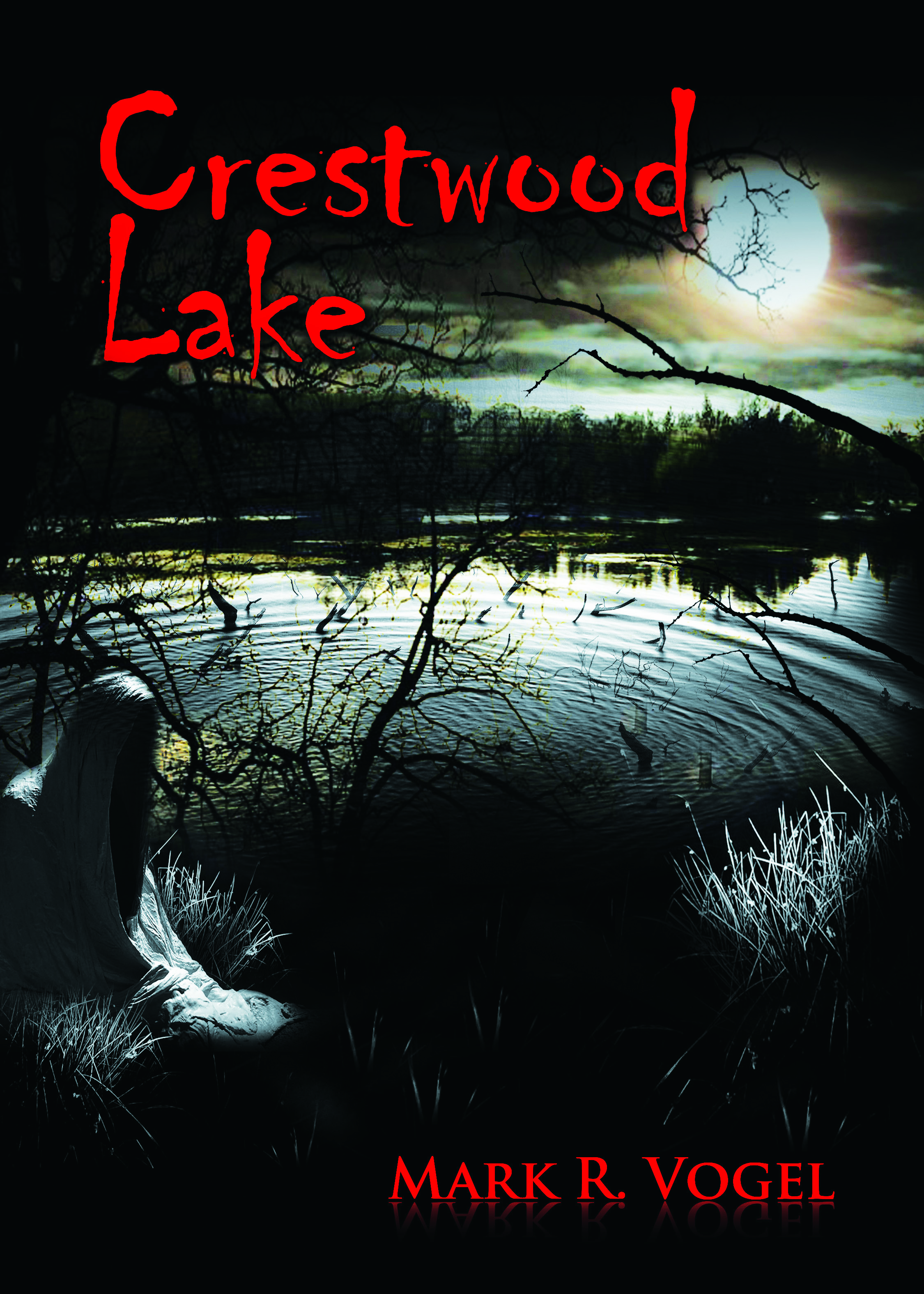 Crestwood Lake is a small, secluded town in the woods of northern Vermont. Mysterious events and strange deaths have always plagued the community—as have rumors of witchcraft. But lately, there has been a rash of suicides and violent murders.
Captain Butch Morgan, the chief of police, must uncover the truth about Crestwood Lake. With each gruesome discovery, he is thrust increasingly deeper into the macabre. Morgan must confront an ancient evil, a fateful showdown that could destroy his life, the woman he loves, and the tortured town of Crestwood Lake.

What Inspired You to Write Your Book?
After reading Edgar Allan Poe’s poem “Ulalume,” I was inspired to write my own dark poem, “The Eyes,” which was published in the River Poets Journal. That led to me writing a short story which I then decided to turn into a novel. Crestwood Lake was born.

How Did You Come up With Your Characters?
I’m a clinical psychologist so my characters are a conglomeration of my own personality traits, and traits I’ve seen in others.

Book Sample
The first patrolman explained what they knew so far. “It’s bad, sir. A bunch of local kids were in the woods. They claimed they were just hiking, but they smelled of booze. Anyway, they found the body. It’s Brian Delmore, sir. You know the Delmores right?”
“Yeah I know’em. What the hell happened?”
“He’s in pieces sir.”
“WHAT?”
The patrolman’s voice quivered. “He’s in pieces, sir.”
“What do you mean pieces?”
“His limbs and head have been…I guess…severed in some way.”
“In some way?” said Morgan.
“It doesn’t look like they were cleanly cut. It’s more like they were ripped off. There are all kinds of muscles and I don’t know, bones or tissue sticking out from the limbs. The medical examiner is already there. He’s waiting for us.”
“Could it be an animal? A bear attack?”
“I don’t know, sir.”
“What about the parents?”
“They’re at the hospital.”
“The hospital?” puffed Morgan.
“The first thing the kids did was call the police. But then one of them recognized the…ya know…the head. They realized it was Brian Delmore. After calling us they called the family. The parents got here just a little bit after we did. The mother went totally apeshit: absolutely out of her mind hysterical. The first ambulance strapped her down, shot her with tranquilizers and brought her to the hospital. The husband went with them.”
The trio finally reached the crime scene. The medical examiner, Dr. Wyatt, was standing there. His face was pale with shock. He looked like he was in a daze, his mouth hanging open. Morgan immediately went to the body. It was unlike anything he had ever seen in all his years of police work. As the patrolman described, it appeared as if the limbs and head were literally ripped away from the body. Blood was everywhere. The torso had a deep gash down the center.
Morgan twisted around sharply, grabbed the doctor by his shirt and barked, “What did this?”
“I…I…um…”
“Answer me dammit! Was this an animal?”
Wyatt finally composed himself enough to speak. “I don’t think so. Despite the savagery there are no claw or teeth marks. I don’t see any animal fur or tracks. There also doesn’t appear to be any cuts, like from a knife, or a blade of some kind. I’ll know for sure when we bring the remains in, but right now, I have no idea what did this.”
Morgan shot off orders to the two patrolmen. Wyatt took a deep breath and interrupted him. “There’s more.”
“What? What else?” asked Morgan.
“The heart and genitals are missing.”
“WHAT?”
“The heart and genitals are missing. Just like the limbs, they look as if they were torn from the body. I know this doesn’t make sense, but it looks like someone just grabbed them and ripped them out of the body. I don’t know what else to say; I’ll know more when I examine the remains in the lab.”