You are here: Home / Fiction / Romance / Cowboy On The Run by Devon McKay 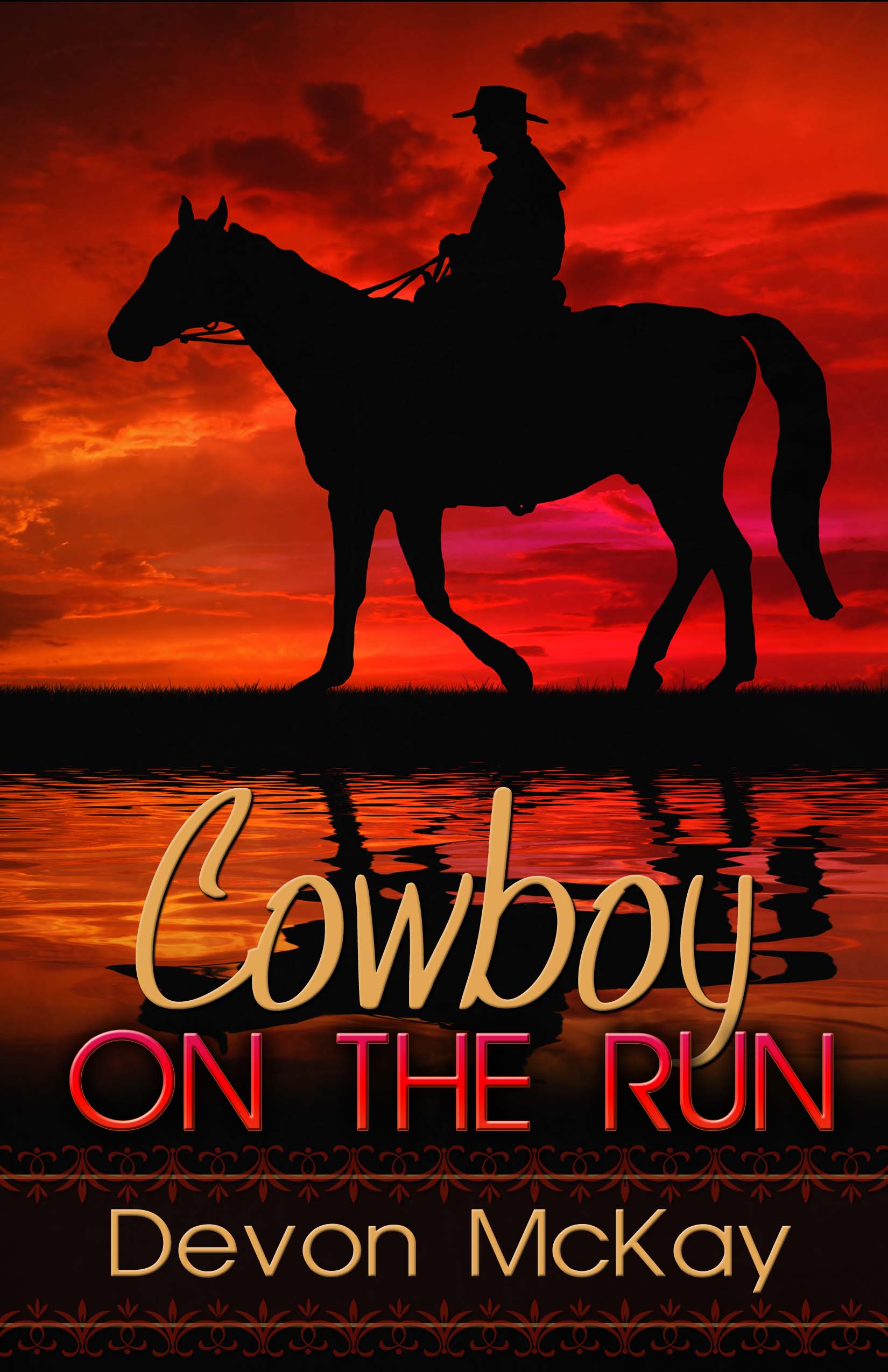 COWBOY ON THE RUN
Synopsis

As soon as NATE WALKER entered the Lucky Horseshoe Bar, he was assaulted by his demons. Just being in the bar brought back a past he had spent years trying to run away from. But he swallowed the memories, searching the room for the only reason he had returned to his hometown. The minute he laid his eyes on JESSIE CALHOUN, he moved in for the kill.
“I’m not leaving here without you.” Jessie Calhoun heard his husky voice and knew immediately who it was as the haunting words brushed over the vulnerable part of her neck, his breath warm and inviting against her bare skin, but she refused to fall prey to Nate’s intoxicating spell. Not again. However, even after all of these years, it was a battle she wasn’t sure that she could win. His words alone had left her shaken and breathless, filling her head with thoughts of a love they had once shared. And suddenly she was hit full force with a wave of memories she had tried like hell to forget.
It had taken her years to rebuild her life after Nate Walker shattered her heart into a thousand tiny pieces without so much as a goodbye, leaving her unwed and pregnant with twins. As if that weren’t enough on her plate, she had been forced to take control of her family owned cattle ranch after her father had a stroke, while still holding down a full time job at the Lucky Horseshoe Bar. But for the past seven years she had done it, conquering the feat with dedication, hard work, and a stubborn streak a mile long.

What Inspired You to Write Your Book?
I couldn’t get the story line out of my head. In fact it kept me up at night. Nate and Jessie’s story continued to haunt me until I started to write it down. And the journey was incredibly entertaining. That’s the same way I get with all of my stories.

How Did You Come up With Your Characters?
Honestly, I think my characters came up with me. And they certainly wouldn’t leave me alone until I put them down on paper. Once I started writing the characters developed into what I consider to be relatable. I wanted to my characters to be realistic with real everyday kind of problems. My hero is flawed with definite baggage – he’s not a knight and shining armor that’s for sure. And my heroine is tough and stubborn – packing a few bags of her own.

Book Sample
Nate Walker pushed his bike to extremes, hitting eighty before the surge of adrenaline he’d been striving for flushed through his veins, scratching the surface of the itch, the need to run.
Not this time, he told himself, now nearing close to ninety. The reckless speed made him feel more in control, despite the two reasons driving him back to the small town he never wanted to step foot in again. Both affecting him in a no-win, gut wrenching way.
He toyed with the idea of turning his bike around and heading back the direction he came from – or anywhere else. Although the thought was enticing, it wasn’t a choice anymore. His demons would still chase him, biting at his heels every inch of the way.
No, after all these years, it was time to face them. Besides, he was tired of running even if the outcome did seem rather bleak. Scowling, he pushed the bike further, taking a sharp corner at a life threatening angle, testing his mortality.
A morbid satisfaction burned through him as he felt the pavement skin the side of his leather boot. The feeling lasted only a split second before his dilemma returned full force and his thoughts became more demanding than before.
Of the two reasons, he knew which one would be more challenging, yet was certain neither would be easy – the funeral of a man who conjured up memories of a life better left forgotten, or the woman who haunted his every waking moment and would never forgive him for what he did to her.
Nate revved the throttle before shifting down a gear, determined to take on the more difficult of the choices first.
Time to dance with the devil.