You are here: Home / Fiction / Mystery/Suspense / Cover Contest: THE GIRL FROM LONG GUYLAND by LARA REZNIK 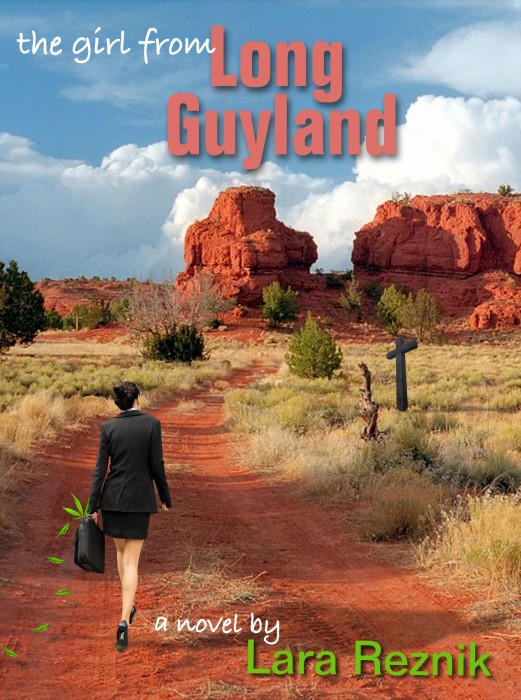 THE GIRL FROM LONG GUYLAND

Comments about cover design
MEMOIR MEETS THRILLER. Set against a 1969 psychedelic love-in backdrop, The Girl From Long Guyland is shared through the eyes of Laila Levin when decades later, an unsolved murder pulls her reluctantly into her past. A dramatic collision of then and now entwining family, marriage, profession and ethics.

The cover was a collaboration with two members of my critique group. We sat in front of a TV screen and brainstormed. We focused on the tagline (above). Cynthia Stone suggested we find a contemporary woman carrying a briefcase with marijuana leaves to represent the protagonist’s 1970’s past coming back to haunt her. We purchased the picture of the woman from Shutterstock.com. Tosh McInstosh found the beautiful photograph of mesas in New Mexico. The body in the novel is buried in a similar setting. Note a cross made of sticks. We hunted down the photographer and purchased the the rights to use it. Tosh put it all together in Photoshop Elements and created both the e-book and paperback covers. I believe the resulting cover is a wonderful representation of the story.