You are here: Home / Fiction / Mystery/Suspense / Cover Contest: No Stranger to Death by Janet O’Kane 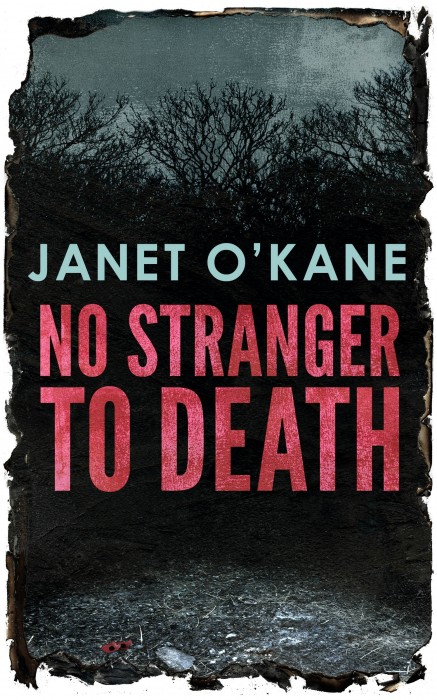 No Stranger to Death

Comments about cover design
After an exchange of emails agreeing the business side of things, Kim asked for a copy of the novel. Before our first meeting I did some online research about briefing a cover designer. From the many websites by and for indie authors, I gleaned the following advice:
• Don’t be prescriptive. You choose a designer for his/her creativity, so let them get on with it.
• Never use the words ‘I like’. A book cover has an important job to do, and personal tastes shouldn’t come into it.
Kim and I talked about the prominent features of my novel and who I envisaged it will most appeal to. We also looked at many examples of book covers, some but not all within the crime fiction genre: ones I feel do their job well and also a few I don’t rate at all. One of the biggest creative challenges to Kim was to come up with a design which works in wildly differing sizes, from a thumbnail image on a Kindle or tablet to a physical paperback.
He presented me with three concepts: two representational and a third which concentrated on capturing the mood of my novel. We looked at paperback-sized printouts of each of these, then moved to a laptop to see them as they would initially appear online, as thumbnails. Immediately, the ‘mood’ cover jumped out at me. Even in its infancy it was great. Then Kim put it up on the screen alongside the thumbnails of published book covers I had sent him. To say I was stunned would be like saying Agatha Christie sold a few books. It looked fantastic. Suddenly No Stranger to Death was no longer just words in my head.
Having agreed on the concept, Kim and I then discussed details of the design. We agreed to include a teaser, a small detail on the cover, the significance of which will only become clear at the end of the book. And he even managed to incorporate my favourite colour: turquoise!