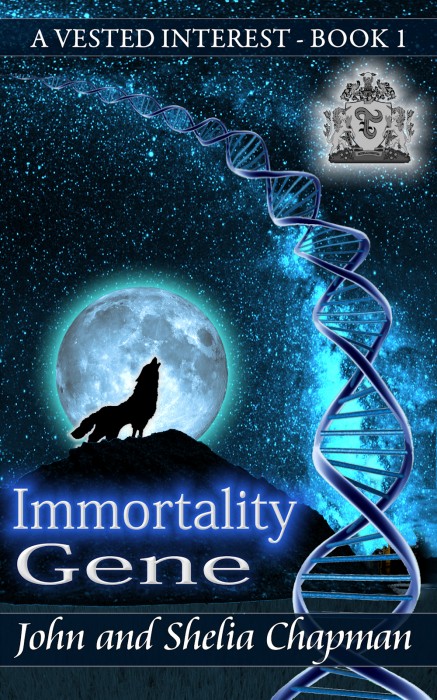 Comments about cover design
The cover started life as a picture of the night sky over Death Valley – a location which features in the book series. That was colorized and a DNA spiral was constructed and curved to fit on the Milky Way star background. It took several attempts because it looked too perfect. I wanted the spiral to be slightly uneven.
Inside the DNA/Milky Way image I added the wolf baying at the moon. He’s standing on a vaguely pyramidal structure. The wolf and pyramids also feature in the series. At the top right is the Triplet family crest, something which features on all out covers in this series – it represents the extended family involved.
Finally I added the book title, series title and author names, taking care to ensure they are still readable at Amazon’s thumbnail size.