You are here: Home / Autobiographies, Biographies & Memoirs / Cover Contest: From Half To Whole by Regina Radomski with Barbara Jean Keane M.S.W. LCSW 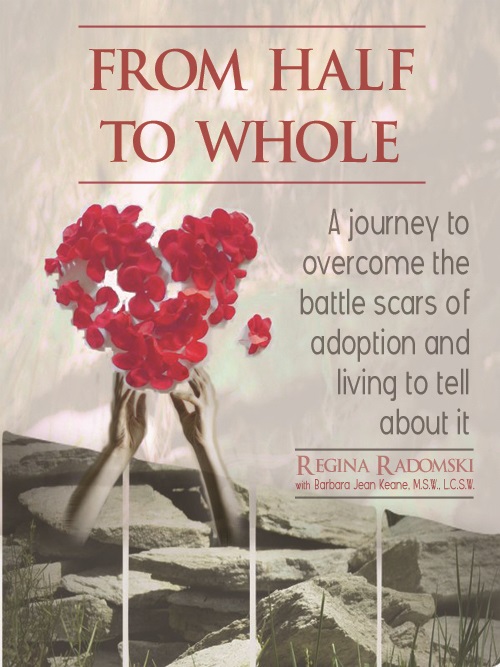 From Half To Whole: A journey to overcome the battle scars of adoption and living to tell about it

Comments about cover design
The cover was inspired by the feeling I had when thinking about our boys. At times they were roaming the streets of Poland when they were not in the orphanage.
So when it was time to design the cover I became overwhelmed with the feeling of their desperation, along with ours, on how much they needed us, and how much we wanted them. I only envisioned it one way, and that was their hands coming out of the broken streets, (representing their lives as little children) reaching up to the love that was waiting for them. The ray of light coming from behind their heart (us) was there amongst all the fiery hell we all had been through to find each other. It was our connection to each other and they were grasping for it as we were searching for them.