You are here: Home / Non-fiction / Cover Contest: As a Child: God’s Call to Littleness by Phil Steer 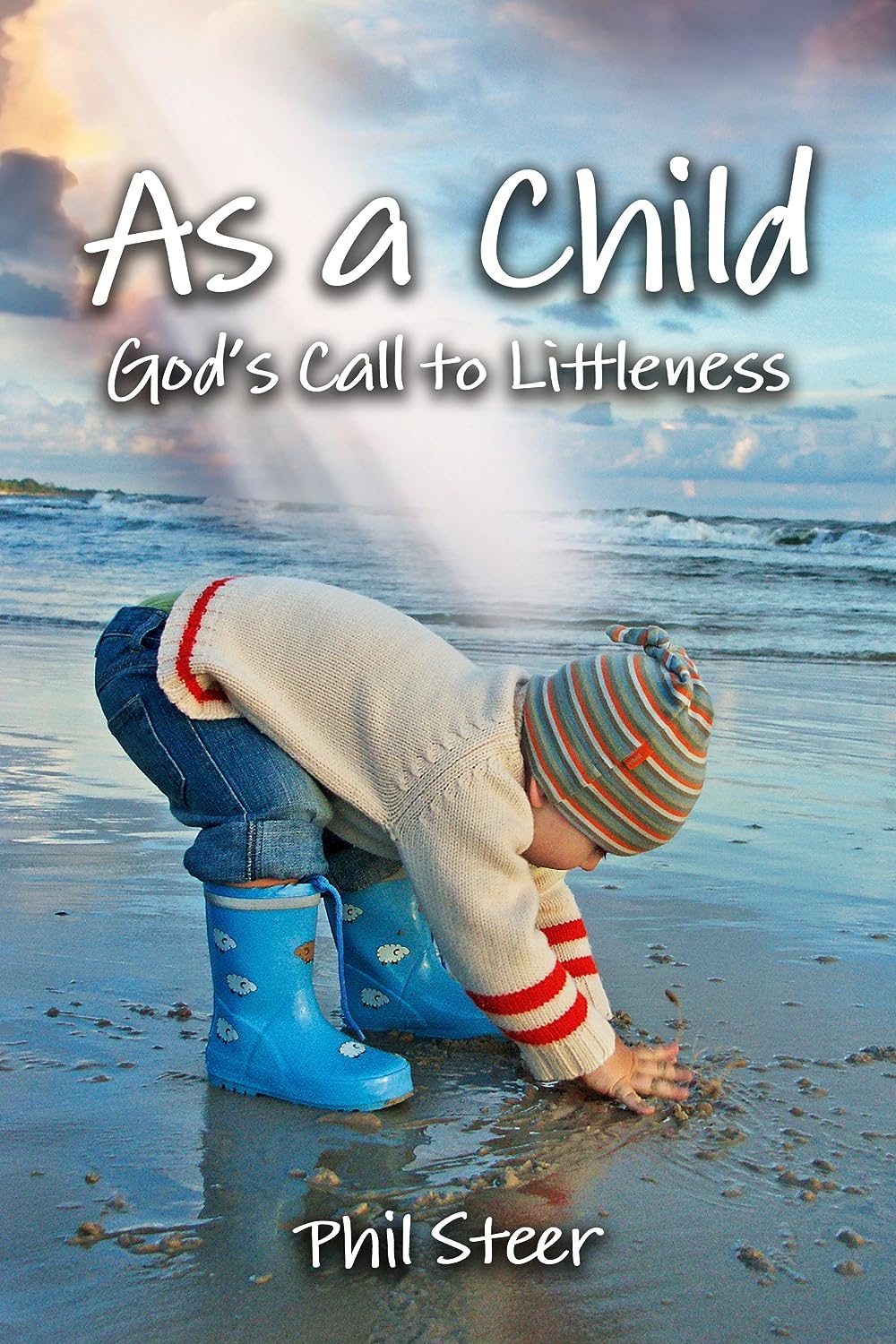 As a Child: God’s Call to Littleness

Comments about cover design
My book is a reflection on Jesus’ call for us to “become like little children”, and so wanted the cover to convey both childlikeness and littleness.

The image – which I found on Fotolia – is absolutely ideal. Not just a little child, but a little child making himself smaller still, bending in over in order to get his hands dirty – a wonderful image of what it means to humble oneself.

I reversed the image (so that the child’s back was towards the spine of the book), cropped it to fit the book size, and a designer friend adjusted the lightness, contrast, etc. – but other than that made no changes to the image itself.

I created the original cover using the Lulu cover designer. There was a limited choice of fonts, but I liked the one I chose (Lindsey Pro Bold) so much that I used it for chapter headings within the book, and retained it when later I revised the cover. It is childlike without being childish, which again is exactly what I wanted.

However, although I was very happy with the essence of the cover design, it did look a little amateurish. So I contacted SelfPubBookCovers to ask if they could make it look professional without changing it too much. They added the “dramatic lighting” and did a little kerning to the lettering (to tighten up the spacing). These small changes made a huge difference, and gave me a cover to be proud of.

You can see the evolution of the cover design at http://www.asachildbook.com/contents/book-covers/