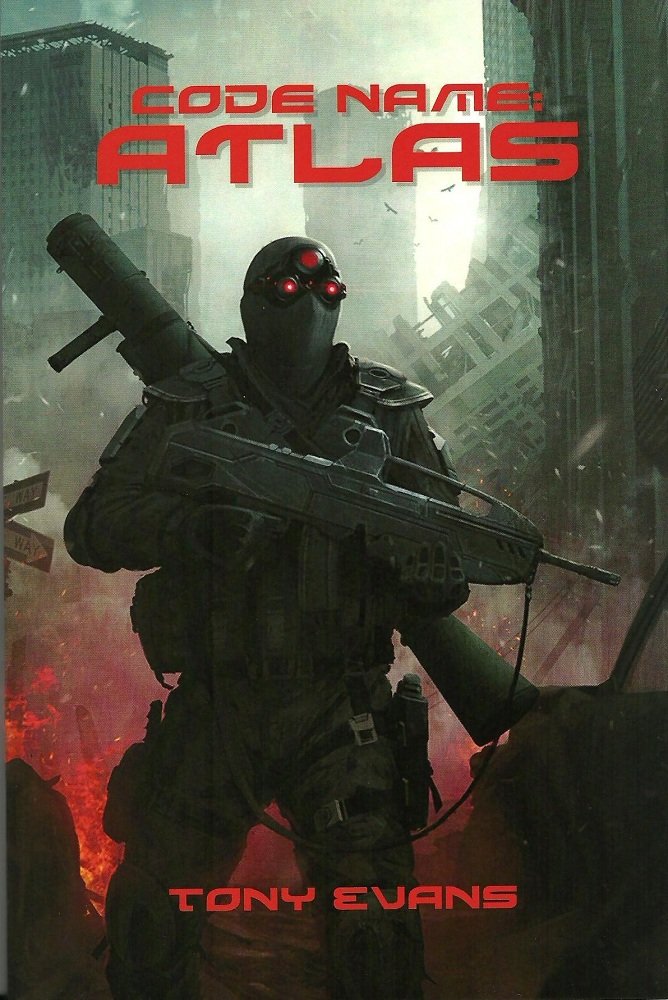 Atlas is a war hero caught between his wife’s love or saving the survivors of earth. Earth has been destroyed by unknown forces leaving it in ruins. The closest thing to organized leadership is the packs of scavengers that take what they want. To keep his wife safe he builds an army. To give her the life she wants he fights. To win back their home he must go to war. But, she doesn’t believe that his sacrifice is for her and his selflessness is driving them apart. As he struggles for his wife’s devotion he is caught in a war with a tyrannical dictator. To win the war and his wife safety he must give her up and fight a war where defeat is expected. To fight a dictator he must become a warlord.

Hovering over everything is the threat of an alien invasion which Atlas slowly pieces together through unreliable stories told by the survivors. He soon learns that his fight is only a small part in a war that has been raging for hundreds of years and reaches throughout the galaxy.

A gritty and realistic feel blends with minimal use of science fiction elements to create a rich, believable contemporary story of one soldier’s heart-wrenching post-apocalyptic journey to keep his family alive.

“Code Name Atlas is a very accomplished, spirited novel of depth and intelligence that grips you in a vice like hold from beginning to end. Highly recommended.” SFBook.com

How Did You Come up With Your Characters?
The character of Atlas is a compilation of the characteristics I think makes a good leader, but those things are not always what makes a good person. And the line between right and wrong or good and bad is often blurred and always subject to perspective.

About the Author:
Tony Evans is an American writer of science fiction. He is a military veteran who completed a tour in Iraq conducting more than 50 combat operations in support of Operation Iraqi Freedom where he received the Army Commendation Medal. He has a bachelors degree in Computer Science. He lives in Southern California with his wife and daughter. His debut novel is Code Name Atlas.