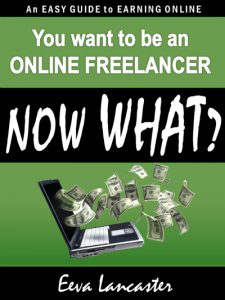 Do you want to work from home and leave the rat race? Do you dream of earning money online doing the things you love? Do you want to own your time and work at your own pace? Are you a freelancer but your gigs are not taking off? This 2nd book of the Now What? Series is the author's way of paying it forward, and all the information in its pages are based on her successful freelancing career. It will help you discover which of your skills are marketable, which are in demand, and how to entice … END_OF_DOCUMENT_TOKEN_TO_BE_REPLACED 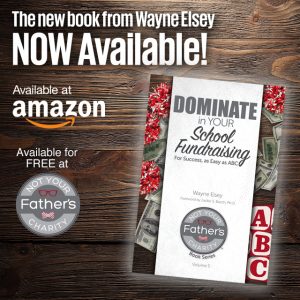 Yes, school fundraising can be as easy as ABC or 123. It doesn’t have to be all about selling candy, cookie dough, and wrapping paper. Wayne Elsey is a thought leader in social good. For over a decade, he’s been refining his work to help organizations such as schools, boosters, athletic groups raise money. He’s tied that fundraising to broader social impact through his Sneakers4Funds social enterprise and his other brands. In this book, Wayne Elsey provides schools, PTA’s, PTO’s, boosters … END_OF_DOCUMENT_TOKEN_TO_BE_REPLACED

100%+ monthly trade opportunities are regularly possible in just a couple of trading days. How do we trade options? We hunt large amplitude cycles forming in markets with high probability trade entry triggers – a phenomenon occurring regularly in markets with appropriate volatility. The material in this book was the subject of a $2,500 seminar presented by Julian Sebastian, Juris Doctorate. He instructed his students, and now teaches those in possession of this book, exactly how to trade … END_OF_DOCUMENT_TOKEN_TO_BE_REPLACED 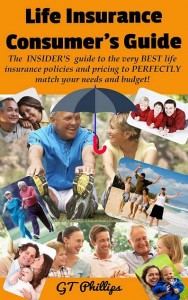 Are you considering a life insurance policy to protect your loved ones, or simply want to better understand the one you already own? Understanding life insurance policies and trying to determine which kind to buy, where to look, and who to buy it from can be a daunting task, especially when there are scores of different types of policies on the market, dozens of options and hundreds of life insurance companies that offer them… Life Insurance Consumer’s Guide will quickly and easily turn … END_OF_DOCUMENT_TOKEN_TO_BE_REPLACED 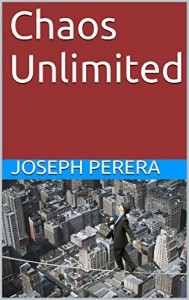 We spend most of our life in employment. Some go beyond that and create employment for others. Whatever you are and whatever you are going to be. This could be your life. Targeted Age Group:: All ages What Inspired You to Write Your Book? My experience with organizations prompted me to share them with others for their development and knowledge. … END_OF_DOCUMENT_TOKEN_TO_BE_REPLACED 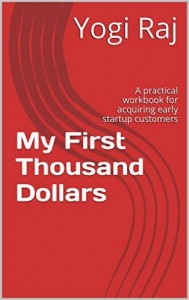 When I started my business, I had no clue when, where and how to promote my business with practically no budget to spend on marketing. So I did the most important thing, I just started doing something and this something lead to something that eventually lead me to doing the right things. This books is compilation of the "Right Things" you need to market your startup and earn your First Thousand Dollars. So that you don't have to spend that time researching, experimenting and reinventing the … END_OF_DOCUMENT_TOKEN_TO_BE_REPLACED

Genre: nonfiction Targeted Age Group: 18+ eBook price range: 9.95 A Fresh Look at Marketing for Self Published Authors. Everything you may have read on this subject before today may have left you scratching your head as to how anyone actually manages to successfully find new buyers for their books. Are best selling books the result of pure dumb luck, or is there a real science behind finding new buyers for your books? If you ask the people whose books are at the top of the sales … END_OF_DOCUMENT_TOKEN_TO_BE_REPLACED 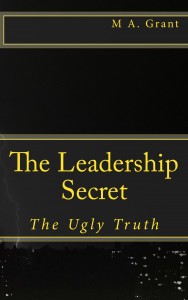 M A. Grant is an international leadership expert who is a well respected pioneer of Values Based Leadership. He has recorded his unique leadership journey and has revealed the secrets that the industry really don’t want you to know.   A brutal, at times humorous, but always honest reflection of his leadership development journey, it is an unique exposé of modern-day techniques that tell the ugly truth about leadership. Targeted Age Group:: 18 - 100 What Inspired You to Write … END_OF_DOCUMENT_TOKEN_TO_BE_REPLACED 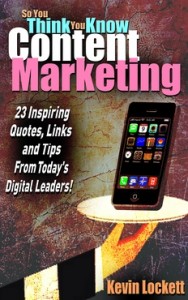 “Give them [the audience] what they want…when they want it…in the form they want it in!" Kevin Spacey's quote kicks off "So You Think You Know Content Marketing," a down-to-earth guide that focuses on helping anyone Find, Engage, Create, and Connect to their audiences through content marketing. Targeted Age Group:: 13-100 What Inspired You to Write Your Book? Diversity in Technology and the Content Marketing World Conference. … END_OF_DOCUMENT_TOKEN_TO_BE_REPLACED 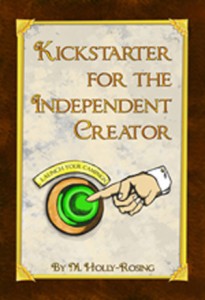 Having successfully funded two Kickstarters for her comic Boston Metaphysical Society, writer/creator, Madeleine Holly-Rosing shares her very specific and practical strategies for running a successful crowdfunding campaign with a goal of under 10K. Having taught this as a class at Pulp Fiction Books and Comics in Culver City, the book is designed for individual creators who cannot afford to hire a team or a PR person. The book covers social media, public relations, preparing your email … END_OF_DOCUMENT_TOKEN_TO_BE_REPLACED 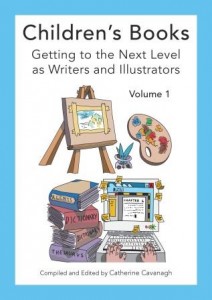 Once upon a time there was a talented youngster who wrote a rollicking story for the 9-13 years age group. His mother, wanting him to focus on creating more stories, researched the best local literary agent, followed the submission guidelines, and sent in a query. But those guidelines didn't cover everything and very big, very amateur mistakes were made. One glance would have been all it took, and that carefully prepared submission was returned to sender. Publishing is an unforgiving business, … END_OF_DOCUMENT_TOKEN_TO_BE_REPLACED