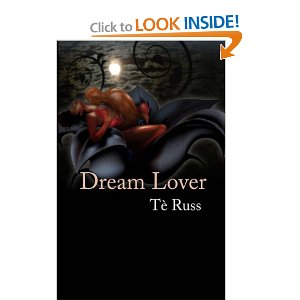 Liz and John have been best friends for years. They've never thought about taking things past their platonic relationship. John was previous left at the altar, and Liz has relationship issues of her own stemming all the way back from childhood. But at some point things begin to change for John. Once he embraces the feelings he is developing for Liz, he makes it his mission to make her see whether she realizes it or not she feels the same way. Targeted Age Group: 18+ What Advice Would You … END_OF_DOCUMENT_TOKEN_TO_BE_REPLACED 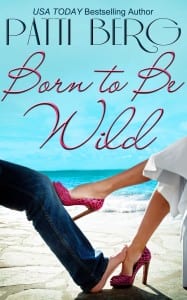 Take a Walk on the Wilde Side ... High society wedding planner Lauren Remington is determined to prove her family wrong and make a success of her business, but a last minute disaster brings a glorious end to all her grand plans. Desperate for help, her only hope is Max Wilde, a man whose rugged, leather-clad body is almost as dangerous as his sleek black Harley. Max may be everything Lauren's mother warned her about, but desperate times call for desperate measures... providing she can … END_OF_DOCUMENT_TOKEN_TO_BE_REPLACED

Gavin Dimarco is a journalist for The Los Angeles Times. As Gavin Martin, however, he is a successful author of historical mystery novels. When his agent calls with an opportunity to be the next reality TV “Bachelor,” he agrees—with one stipulation. None of the ladies vying for his heart can know his true identity until the end of the show. Gavin’s past has made him leery of women seeking his fortune, and that fear has left him alone, with only his dog and his love of reading as company. When … END_OF_DOCUMENT_TOKEN_TO_BE_REPLACED 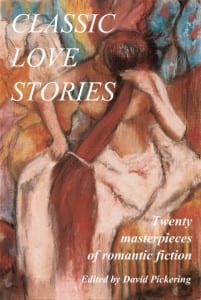 This carefully selected collection comprises twenty classic short stories on the themes of love and romance. Written by such masters of the form as Thomas Hardy, O. Henry, Anton Chekhov, F. Scott Fitzgerald and Oscar Wilde, these tales have enchanted, engaged and enthralled generations of readers and maintain a seductive and irresistible hold on the romantic imagination today. Each unforgettable story comes complete with an informative and illuminating biography of the author. Targeted Age … END_OF_DOCUMENT_TOKEN_TO_BE_REPLACED 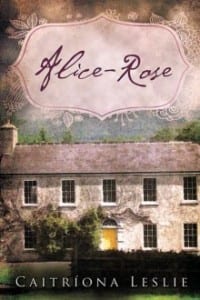 The year is 2011 and the place is Ireland. Libby Finn is still shadowed by grief after the death of her husband Max. The era of the ‘Celtic Tiger’ has come to an end and the young widow has managed to survive the economic downturn better than most. However, despite seeming to possess every obvious advantage, Libby is resigned to a somewhat-less-than-rosy future, and one destined, in her opinion, to be without a great romantic love. While many, including her best friend Jules Mahon, may think … END_OF_DOCUMENT_TOKEN_TO_BE_REPLACED

The year is 2011 and the place is Ireland. Libby Finn is still shadowed by grief after the death of her husband Max. The era of the ‘Celtic Tiger’ has come to an end and the young widow has managed to survive the economic downturn better than most. However, despite seeming to possess every obvious advantage, Libby is resigned to a somewhat-less-than-rosy future, and one destined, in her opinion, to be without a great romantic love. While many, including her best friend Jules Mahon, may think … END_OF_DOCUMENT_TOKEN_TO_BE_REPLACED 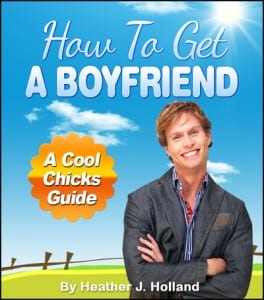 Fed up of being single? Tired of not having a date on a Friday night? Sick of seeing all these OTHER girls dating and having relationships with great guys whilst you're left on the shelve? Well - your luck is about to CHANGE!! My name is Heather, and I USED to be in the exact same position you find yourself in now. SINGLE. I got to the stage where I said: ENOUGH IS ENOUGH! I spent quite a few years perfecting a method which basically CHANGED MY DATING LIFE, AND RELATIONSHIPS FOR … END_OF_DOCUMENT_TOKEN_TO_BE_REPLACED

You'll Be Safe Here (Promises, Prayers and Secrets Series, Book 1) A Novelette Bella Martinez has been living in hell since she was born. Raised by an abusive mother, she thought she was safe when she was found by Gabriel. Gabriel Collins is a criminal. A Manhattan thief now turned millionaire. He loves Bella but still doesn’t understand how love goes when it’s mixed with money and power especially when Bella disapproves of his current work where he earns millions of dollars. Enter Scal … END_OF_DOCUMENT_TOKEN_TO_BE_REPLACED

Deadly Offerings - Book One - Anne Mason thinks she’ll be safe living in the Midwest living on a wind farm left to her by her ex's mother. She may be dead wrong. Someone is dumping bodies in her corn field and telling Anne they are gifts—for her! And how can she be falling in love with the hot attorney who represented her ex-husband in their divorce proceedings? Targeted Age Group: 18 Plus How is Writing In Your Genre Different from Others? The goal for good suspense is to make the reader … END_OF_DOCUMENT_TOKEN_TO_BE_REPLACED

Justin DuBois is in love with his co-worker, but not only does Marianne think he’s too young to be taken seriously, unfortunately she’s convinced he’s gay. In desperation to win her, Justin recreates her teenage fantasy of a circus, a carnie, and a splash of Old Spice… Read Sex & the Stand In to find out whether Justin’s crazy plan actually works. Targeted Age Group: adult What Advice Would You Give Aspiring Writers? read and write a lot to find your unique voice before you muck … END_OF_DOCUMENT_TOKEN_TO_BE_REPLACED

Alexa Kincaid is living the American dream. She is married to David Cooper, a handsome pediatrician, has a successful criminal law practice, and a beautiful home on the Chesapeake Bay. But her dreams are soon shattered when she finds out that the woman she's representing in the biggest trial of her career, Rachel Mills, reveals a secret that threatens her marriage to David. It will take all of Alexa's strength to set aside her personal feelings for a woman she so desperately wants to hate, in … END_OF_DOCUMENT_TOKEN_TO_BE_REPLACED

Florida investigative reporter, Whitney Steel, has lived in the shadow of her legendary father long enough. To prove herself she needs to find the “Big” story. She found it. Now it may kill her. After receiving a lead pointing to the world's first cloned human, now a small child, Whitney vows to unravel the truth. However, sifting through the facts proves to have dangerous results, including death threats and murder. When she's nearly killed, but is saved by undercover FBI Special … END_OF_DOCUMENT_TOKEN_TO_BE_REPLACED