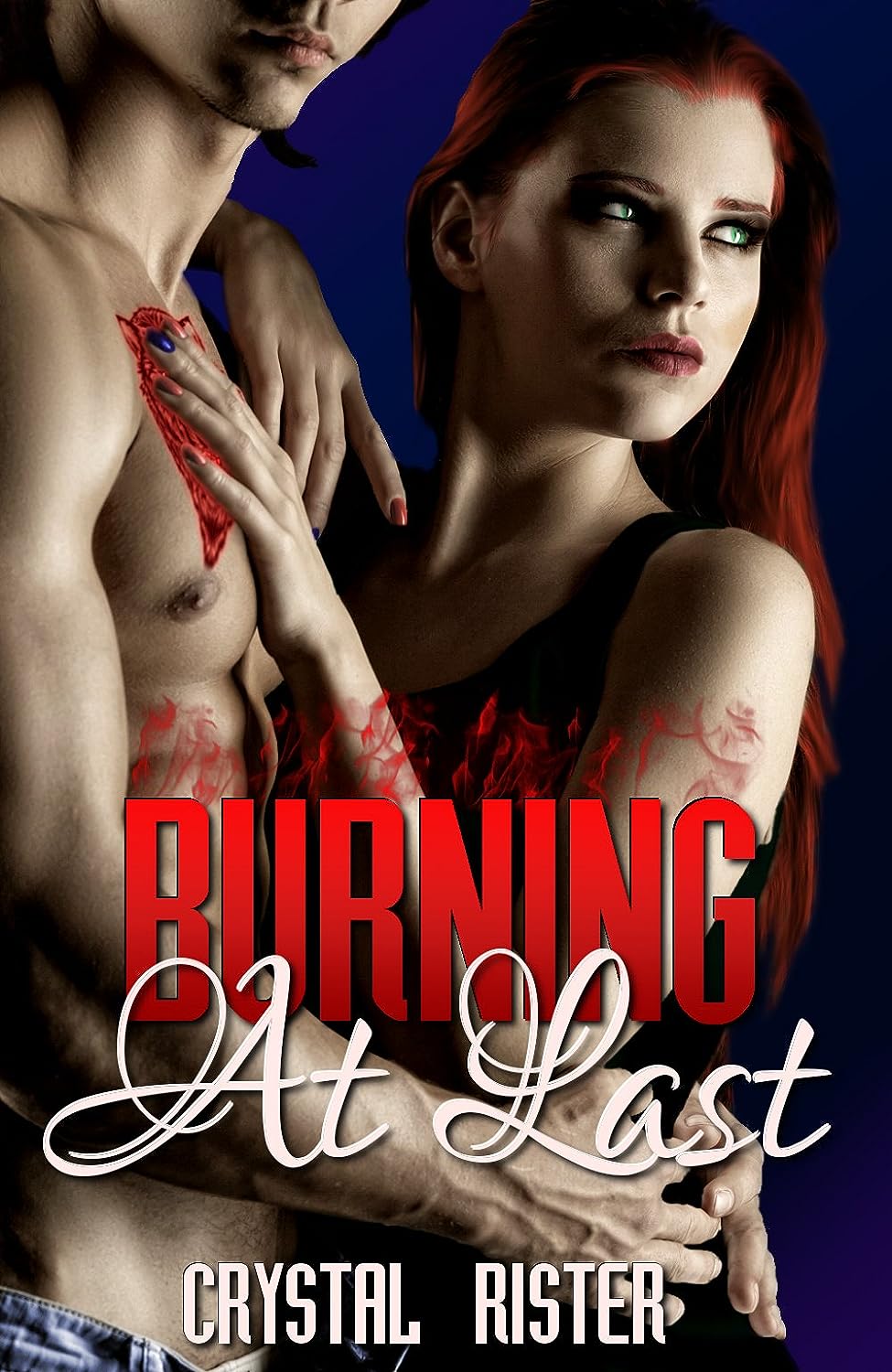 Sara Thomas’s home is burned down, her parents with it. To keep her safe, the only other survivor other than herself and the house staff, Jarroth Denton, makes her run for her life.

Thirteen years later they are reunited, but not in the happy setting they would like. A completely different world reveals itself to Sara as once again, danger finds her. In hopes of keeping her safe from the monsters on her trail, Jarroth forces Sara to move into his house. He reveals secrets that could risk exposure of his hidden nature, as well as cause him to lose Sara all over again. Things get tense as not only the threat gets closer, but the Burn in Jarroth is reignited. As his mate, it’s Sara’s choice to give it relief.

What Inspired You to Write Your Book?
I’ve always had stories stuck in my head. I live in the country and spend a lot of time in the woods with my family. While doing so my imagination has a habit of wandering, and when it does you never know what comes from it. This happens to be a story that started while camping one evening.

How Did You Come up With Your Characters?
I think characters bring themselves to life. The story is the main objective, but the characters are just what fits, and when they come they just fit.

Book Sample
“Excuse me? First that’s none of your business. He’s my friend and that’s all you need to know. Second is that what’s wrong with you, you’re jealous over Elliot?”

“Jealous doesn’t fucking cover it Sara. I told you, you’re mine and watching another male put his hands on you pisses me off. Do you really want to pretend there’s nothing going on here? That we don’t care for one another on a bigger level than either of us is willing to say? I know what happened in that parking lot was some fucked up shit, that it may take a while for you to be able to think about such things, but I shared with you that you are my mate. Even if you don’t have a grasp of that yet it still means something. Do you really believe that I’m nothing to you?”

“The fuck you’re not!” He growled and ate up the distance between them and crushed his lips to hers branding her with his taste. He kissed her roughly as he held her head back with his hands on each side of her head. She tried to push him away but it seemed to stir him more. He tore his mouth from hers and harshly took in air as he calmed himself.
“This is called ’The Burning’ Love. It’s where life mates have not yet consumated their union and it nearly takes over their entire being. The need to join is like a magnet that cannot be denied.”

He held her face in both hands as he spoke again.

“Do not ever let another man touch you. Only my hands, my mouth and my cock are to be what caresses, tastes and fucks you. My body will be the only one to make you moan and scream. It will be my name that comes out of your mouth as you scream your orgasm to the heavens. And Sara, I want it to be me that makes you laugh the way you did at that diner. To spin you around and watch happiness engulf you. I need it to be me.”

About the Author:
Crystal is a mother to eight wonderful children whom she calls ‘her reason’. Her husband is dubbed her rock as she says he anchors her. She lives in rural Quincy Kentucky where everyone knows everyone. When she’s not writing you can find her working on her pieces for her handmade line of jewelry and accessories. She loves listening to all music, as long as it fits her mood and soul. She has a love for everything Paranormal as long you find romance. Steamy is her heat and seductive is her spice.