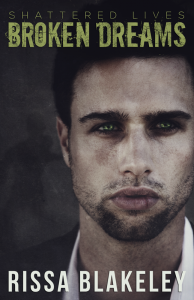 *Warning: For mature (18+) audiences only due to strong language, sexual situations and violence.*

Elaina Cooper’s world was turned upside down on what was supposed to be the happiest day of her life. She was about to marry Henry Daniels, the man of her dreams — or so she thought. Just as she was to walk down the aisle, screams pierced the air.

In the days that followed, questions lingered in Elaina’s mind. Why did Henry seem to know so much about what was happening? And why did she feel like he was keeping secrets from her? Henry knew that his haunted past would eventually catch up to him…in more ways than one. Through all of this, he must face his demons, and Elaina must decide whether she can accept who he is. Henry is determined to fight to the very end to make their sexy, mercurial relationship work no matter what staggers in their path.

Along with their ragtag band of survivors, they must travel south to face Henry’s fears. There will be joys and loss but, in the end, is love enough to hold them together?

What Inspired You to Write Your Book?
About five years ago, I had a few ideas and wanted to get them down on paper. I thought, how hard could it possibly to write a novel. Yeah, it’s hard!

How Did You Come up With Your Characters?
They introduced themselves to me. When the ideas started rushing in, so did the characters. I don’t search for names or try to make up a name, they present themselves to me.

Book Sample
“You don’t have to take me to such nice places.” I was embarrassed. He looked at me, then laughed. “What’s so funny?” I growled.

“You. Most women want to be taken to stuffy places like this, but I sense that you would be happy at a regular bar or a diner, wouldn’t you?”

“I’m on a PBR budget, not an outrageously-priced whiskey budget. I’m not sure if you are trying to impress me or woo me.” Wesley brought over our drinks and set them on the table. Henry thanked him and passed him a tip. At that point, I was certain that he was loaded. It was the third bill he handed out, and we had just gotten our drinks. I couldn’t imagine what he would tip at dinner.

“Well, to be honest, I hope to do both.” Oh no, not the deep rasp again. He slid over on the couch a little. I froze as he cupped my cheek in his cold palm. “I had such a nice time chatting with you last night. You know, I haven’t met anyone like you before. You are honest, spunky and, my god, you are so beautiful.” I looked down in embarrassment. “I wanted to kiss you so bad last night. I hope I’m not being too forward.” He moved in so close, I could feel his breath on my lips. I swallowed hard. Our lips were millimeters apart, and then he whispered, “May I?” I was putty.

I wanted to slap some sense into myself, but it was as if he had put a spell on me. He was hot, a gentleman, and probably a man whore, but I could look past that for the time being. Chalk one up for me for having a run in with the flat tire and phone thieving fairies.

He closed the distance between us and brushed his soft lips across mine. He paused to tuck a loose strand of hair behind my ear. Then he tilted his head and began kissing me gently. I heard him groan to himself, which turned me on and made my insides stir. He slowly pulled away, leaving me breathless. He ran his fingers down my neck to my hand. His gorgeous eyes were boring into me, trying to read my every move. I was ready to lay back and let him take me right there, but I decided to act like a lady for the moment.