You are here: Home / Bargains and Freebies / Bargain Books Under $3 / Britt by Alan Hardy @AlanWilliamHard

1918. England faces defeat. Germany looks set to triumph. Only one man and one woman can save England.

Wriggles is the Royal Flying Corps’ greatest ace. Can he prevent a dastardly German spy ring from getting top-secret information out of France? Is he completely out of his depth in a world of devilish scoundrels, and flouncing, unashamed, near-naked scarlet women?

Britt, his childhood sweetheart, is working as a nurse at a hospital near Paris. Forever pining for the lost innocence of her childhood, she too has problems. Adrift in a world of dirty old men and dissolute hussies, she is fast approaching mental breakdown. She finds purpose in life as a slayer of German spies. Convinced as she is that German male spies have snakes growing out from between their legs, they are quite easy to identify. Another obsession of hers is to discover what Wriggles has between his legs…

As well as twists and turns of plot, exciting aerial combats, and a host of characters, from the suave, bollocks-obsessed Major Mullen to sexy, black-haired, pouting Marianne casting amorous eyes over our virginal hero, there unfolds (in the story of Britt and Wriggles) one of the greatest love-stories ever told. Will it end happily, or will Wriggles end up with a bullet through his head, and Britt strait-jacketed in a mental institution?

This is a novel of sexual and martial comedy, with no-holds-barred excitement and thrills, and more. It explores two flawed individuals who, heartbreakingly unable to come to terms with an adult world, begin to draw closer and closer together and discover feelings hitherto unknown to them. It is a sympathetic portrayal of two children trapped in adult bodies, and how one of them, Britt, tries to dig her way out of her schizophrenic nightmare with a courage and determination which deserves to succeed…

Will Britt manage to save herself..? And will Britt and Wriggles save England..? Will they find true love? Or does death and madness await them in a world dominated by Germany and its depraved supporters? 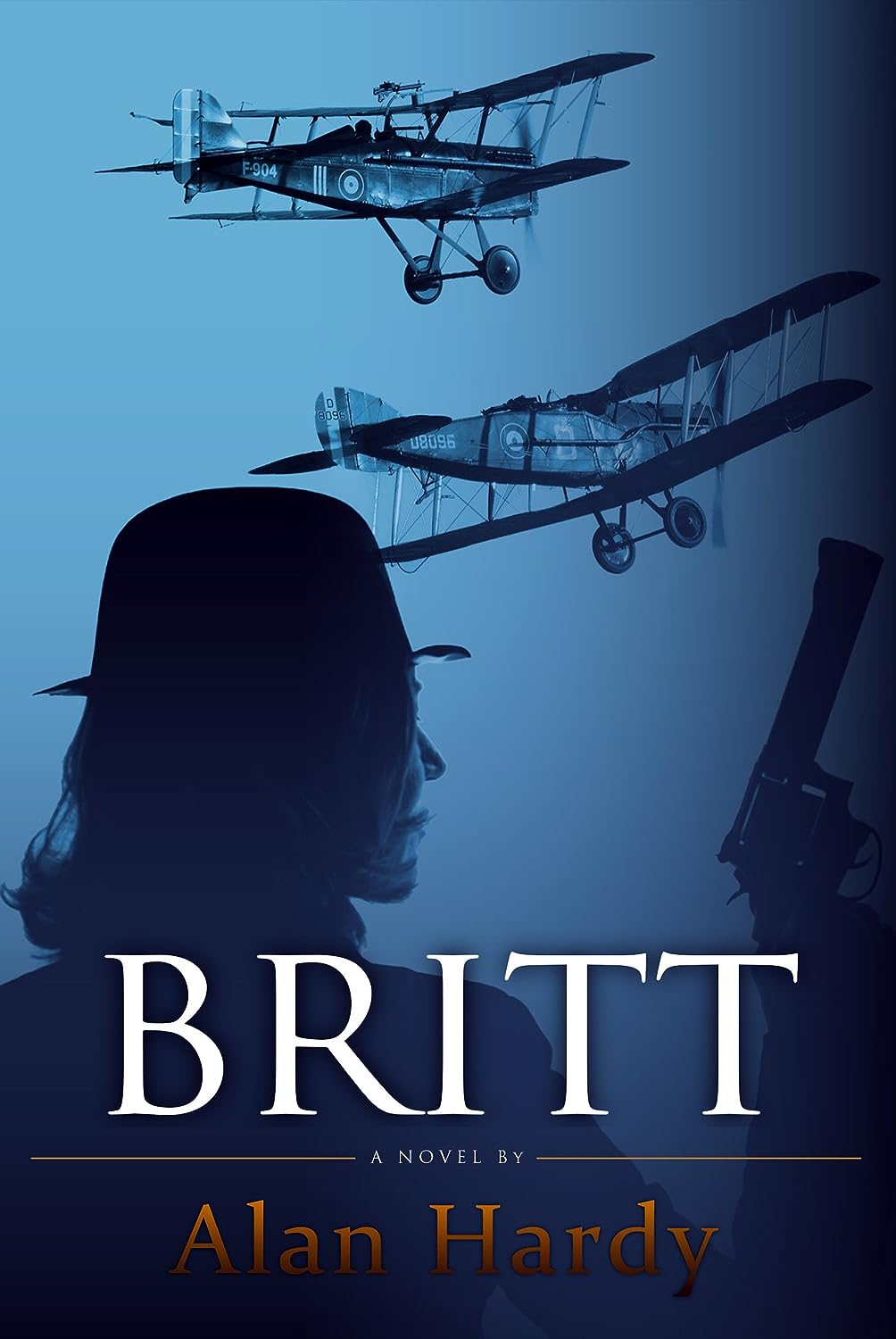 How is Writing In Your Genre Different from Others?
I don’t write in a particular genre. My books, as Britt, mix up romance, adventure, humor, even erotica, and satire. They’re totally different. Every writer thinks that, but…try them out, and you’ll see.

What Inspired You to Write Your Book?
It’s a tale of tentative, young love, two youngsters barely out of childhood who are hardly able to cope with adult life, two children in adult bodies, to be honest. I found that theme particularly poignant, and worth exploring. And I put it in a setting of war, derring-do, excitement…and a world of sexual experience and suave, decadent sophistication…which our two young heroes know nothing about, and which they must confront…

About the Author:
I’m UK-based, and a director of an English language school for foreign students. Married, with one daughter. I have now written five novels. I would describe them as surreal novels with plenty of comedy, satire, humor, romance, sex and adventure. They’re shocking, original and respectful of nothing and nobody. You have been warned. I’m also a poet (poetry pamphlets: Wasted Leaves, 1996; I Went With Her, 2007).

The three published so far are BRITT, GOOD QUEEN BETH, and GABRIELLA.

GOOD QUEEN BETH is a no-holds-barred savage attack on the monarchy, ‘celebrity-bimbo-culture’, and reality TV shows; it is totally non-PC in its attitude to the state of the nation, the monarchy, sex, women, anything and everything… Be prepared to be stimulated, shocked and appalled. It’s quite raw in its depiction of sexual deviancy and perversion, but allies this with an exciting portrayal of a modern revolution, and, let me tell you, a great love-story between its main protagonists, Beth and Jason.

BRITT is set in France during World War One, and is a comic, exciting tale of derring-do, spies, aerial dog-fights…and sexual shenanigans…with officers, and ladies, of a dissolute disposition and sexually experienced swagger. Ahem! Need I say more? In contrast to this world of sexual abandon and experience, we have Wriggles of the Royal Flying Corps and Britt, his childhood sweetheart. Both are innocents in a world they don’t understand, and can’t relate to. Britt, in particular, is close to being mentally unhinged…and yet, with a devilishly cunning German spy ring about to escape with top-secret information that might well bring about England’s defeat, they are England’s only hope. Oh, and there’s also a great love story that unfolds heartbreakingly between the two of them… Will they be able to save England, and find true love…? Or does death and madness await them in a world dominated by Germany and its depraved supporters?

I think GABRIELLA is a story that’s been buzzing around in my head for years, and it demanded to be written down. Adolescent love (and teenage fascination with sex) is a pretty significant time and experience for us all. The idea of a love-story set around a school cricket match has its roots in an earlier pimply-faced version of me when at school and the scary, obsessive ideas that went through my adolescent head. When I sat down to write the story, it automatically turned into a bawdy, comical narration of a young man’s faltering (though very sweaty) first experience of love and sex. But as well as being, I hope, a good, exciting read, I think GABRIELLA can also be seen as a critique of England’s wretched class-ridden, monarchy-loving society. Check it out.

As well as my poetry, I am currently revising two other novels: one an original take on the theme of time-travel, with a good many stings in the ‘tale’; and the other recounting a story of obsessive, near-pathological love. Watch this space. Show More