You are here: Home / Fiction / Fantasy / Bound In Blue by Heather Hamilton-Senter 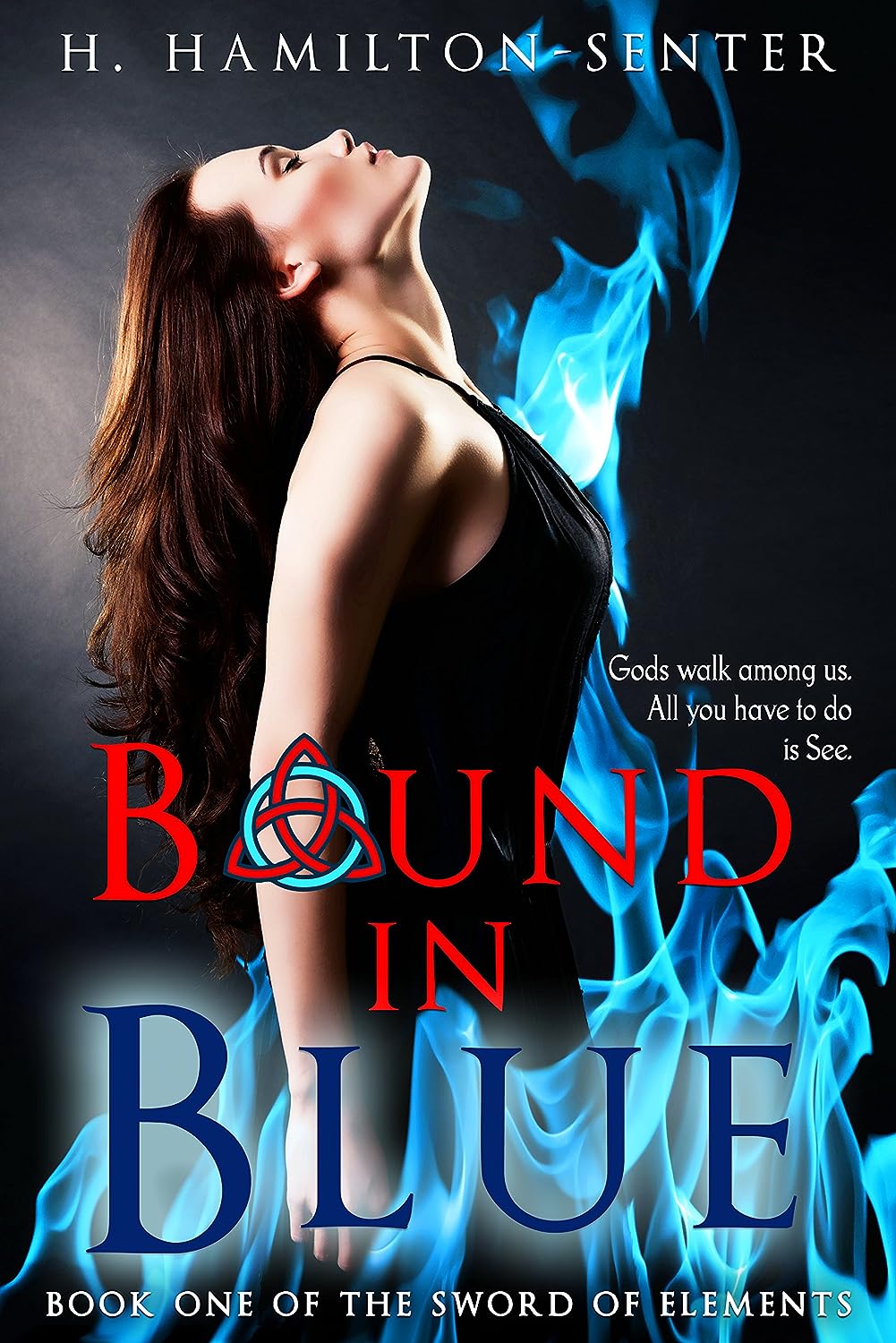 Gods walk among us—all you have to do is See.

High school senior Rhiannon Lynne couldn’t get noticed even if she walked stark naked into the cafeteria and started playing the ukulele. While tap dancing. As if that weren’t strange enough, Rhi has synesthesia—she feels in color. It takes being almost drowned by a Celtic river goddess for her to discover she’s been bound by a spell that has hidden her from the world and her own mysterious heritage.

As Rhi starts to see that her colors belong to magic, she finds herself at the center of a conflict between gods, humans, and the lost world of Avalon. She’ll need to figure things out fast if she wants to be a player in the coming conflict and not a pawn. Each side has a claim on her loyalty, but each one could decide she’s the real threat.

Maybe not being seen wasn’t so bad after all.

What Inspired You to Write Your Book?
Two things. The first was an extremely vivid dream that when I woke up, I realized was a completely lucid and compelling story. I had to begin writing right away and many of the elements from the dream, including the planned ending for the trilogy, are still intact.

The second inspiration was my own celtic heritage. My mom is from Northern Ireland and I have a lot of family there. I was raised on fairy tale books, mythology, and celtic music. I’ve always been fascinated by how the myths of the world intertwine and have loved reading books that use that as a motif.

How Did You Come up With Your Characters?
The protagonist Rhi, the two foster brothers, their father, the monster-fighting army, and Morgan Le Fey all came from that original dream. The rest came directly from celtic mythology.

About the Author:
Heather Hamilton-Senter grew up in a family where books of myth and legend were used to teach the ABCs and Irish uncles still believed in fairies. Raised with tall tales, she has always told stories too- first as an actor and singer, then as a photographer, and now as a writer.

Heather lives in rural Ontario, Canada raising Summer, Holly, and little Stephen to tell their own stories, cheered on by her biggest fan, her husband Steve.