You are here: Home / Fiction / Action & Adventure / Blood in the Hills by Van Holt

The Circle 8 bunch were really just outlaws and rustlers. Their leader, Mort Dudley had a devious plan to get rid of a couple of his newly hired hands before the bunch cashed in the large herd of cattle that had fallen into their hands when they murdered the old man who owned the herd and had hired them on to help with the drive.

Their trouble began when they tried to frame a quiet stranger for the old man’s murder. They didn’t know his real name or that he was a deadly gunfighter and the son of the old man they had buried in an unmarked grave.

The quiet stranger drops out of sight to hide from the law and soon becomes the bane of the Circle 8 bunch; harassing them on all sides, hunting them down and frustrating all their rustling plans and profits.

When Mort Dudley swears that the hills would run with blood, he was right. But he didn’t know whose blood it would be. 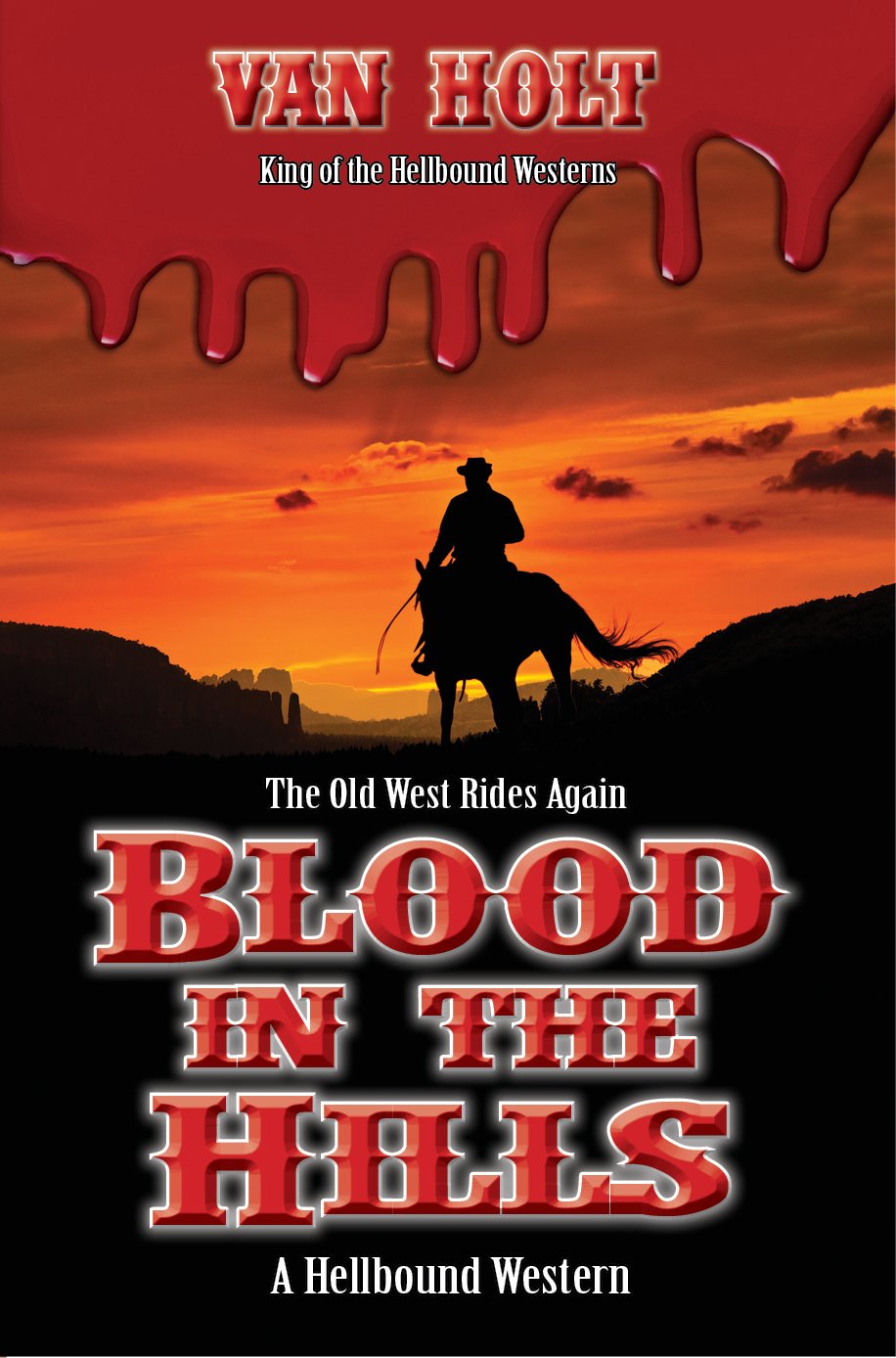 Author Bio:
What some reviewers have to say about Van Holt’s writing: “I had a feeling that Van Holt…might actually be the successor to Zane Gray, a master Western storysmith, whose novels set the style of a generation.” –Stern0
“Van Holt is King of the Spaghetti Western…” –Rarebird1

Holt says there hasn’t been too much excitement since he got out of the army, unless you count the time he was attacked by two mean young punks and shot one of them in the big toe. Holt believes what we need is punk control, not gun control.
After traveling all over the West and Southwest in an aging Pontiac, Van Holt got tired of traveling the day he rolled into Tucson and he has been there ever since, still dreaming of becoming the next Zane Grey or Louis L’Amour when he grows up. Or maybe the next great mystery writer. He likes to write mysteries when he’s not too busy writing westerns or eating Twinkies.