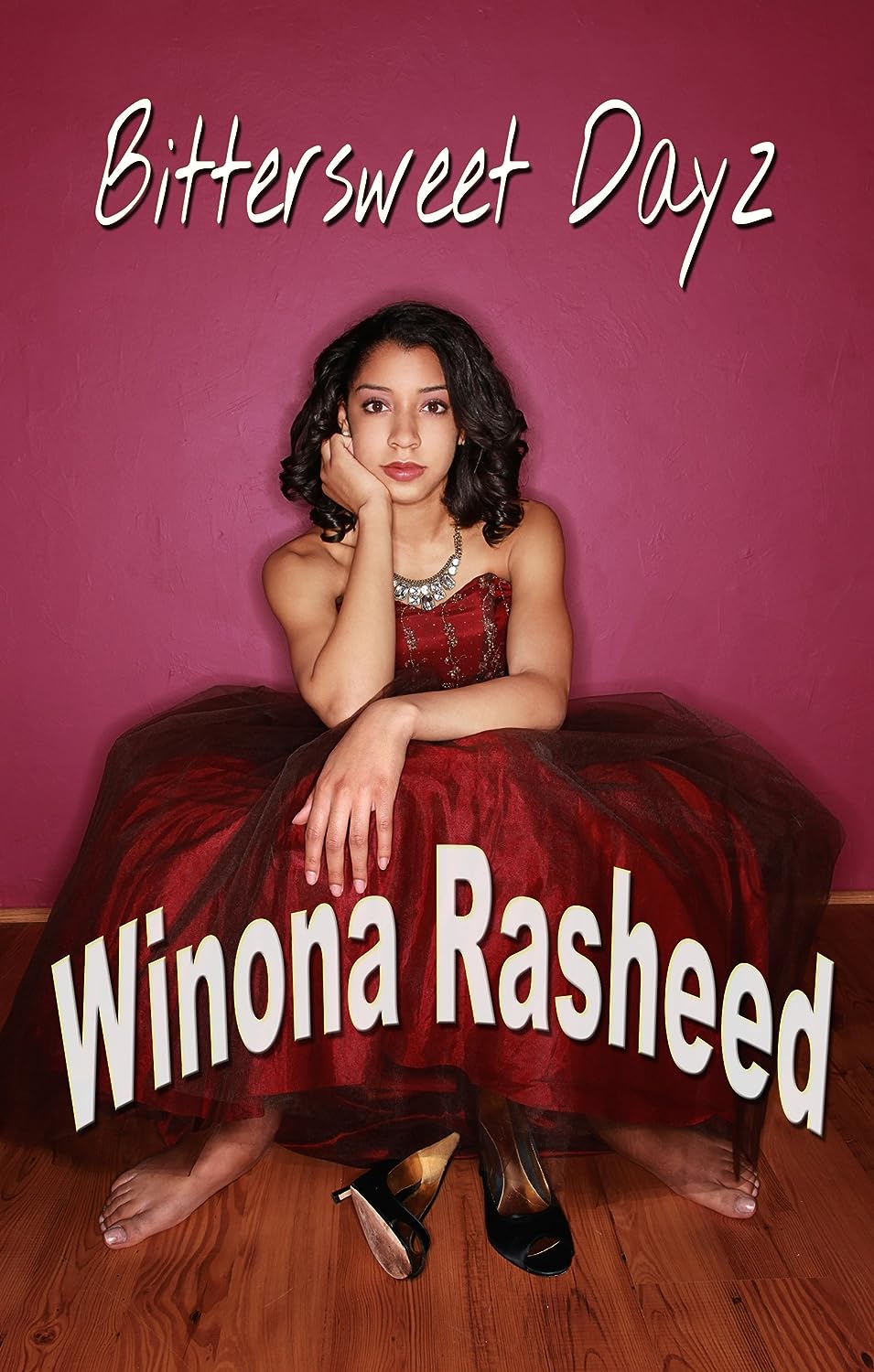 Living with peer pressure, jealousy and rival conflict are issues that teenagers can relate too. However, when all these things are going on and taking place in high school, it because even more difficult to deal with these issues when you have a problem that causes you to be different from your peers, as is the case with Ella Rose. “Bittersweet Day” shows the struggles and strengths, the triumphs and defeats of someone who is hearing impaired.

What Inspired You to Write Your Book?
This is actually Book 2 of the Broken Voices series. “Bittersweet Dayz is a continuation showing the struggles, conflicts of the main character as she continues living with her secret and her disability two years later. Her story was still evolving and unfolding and needed to be told as readers wanted to know what was going to happen next with Ella Rose, the teenager.

How Did You Come up With Your Characters?
The idea of writing a story around a disability came about at the suggestion of my sister n law who lost both of her legs because of illness. Since I write for children and young adults, I wanted to create something that they could relate to and write the story from their point of view. I did research on the hearing impaired and Ella Rose was developed from that concept.

Book Sample
Ella was filling the pages with her thoughts when she caught sight from the corner of her eye, the yellow flashing light blinking in the corner of her room; the alert signal paging her to come downstairs. Ella closed her journal and hurried out of her room and down the steps. All the while, wondering how long the yellow light was blinking to signal her that she was wanted. “Have you been paging me long, mom? I just noticed the light blinking,” Ella said with a raspy sounding voice when she entered the room. Victoria Abbott turned around to face her when she entered the kitchen like a playful little cat. “No, not long, but you would have heard me call your name if you would wear that hearing aid,” her mother said, using her fingers and voice to speak to her daughter. “I refuse to wear that thing! It’s ugly and it looks too obvious having that big brown thing sticking in my ears.” Ella’s fingers moved swiftly and with eloquence when she gave her mother a response. “Besides, I can’t hear you from downstairs, even with the thing on. They are not that strong, you know.” This time, Ella’s voice could be heard as she plopped down on a stool at the kitchen island. She already sensed a sermon was coming her way. “Well, you might not want to wear them at school; I can understand that, but when you are home and around family, you should so that you can get use to it. I want you to hear us when we are speaking to you.” This time her mother did not sign, instead she spoke normal, letting her daughter read her lips. “You’ve had it for three months now and you barely wear it. You will never get use to it if you don’t start wearing them.” Ella read her mother’s mouth movements and responded with a stiff lip, her voice sounding edgy with irritation. “I am getting along quite well without it. I don’t need to get use to the darn things.” Ella’s voice was cracking as she spoke. “I know how to get by. Heck half the kids at school still aren’t aware that I have a hearing problem because I know how to use my other senses to my advantage. I’ve had years of practice.” Ella said as she thought of a better angle to take while pleading her case. She was hoping that her words would sink in. “Besides, I like to wear pretty earrings too much to have that brown contraption sticking out of my ears taking away the earring effect. It doesn’t make me look or feel good or normal,” she said shifting her body in the seat to find a more comfortable angle. She let out a heavy sigh in desperation before continuing. “I want the pleasure of being normal like everyone else. And not only that, it’s irritating and annoying, like walking around with giant cotton balls in your ears. If you don’t believe me, you should try it mom… see for yourself. See how irritating it is.” “Well, I can see there is no need trying to get you to see my point right now, even though having you hear us speaking to you when you are home is what makes thing seem normal for me around here,” her mother said. “But, sometimes Ella, 5 you can be as stubborn as an old mule when someone tries to tell you something for your own good. They say teenagers think they know everything,” her irritated mother said. “Well, I am a teenager who has her own mind and will power, you know. I am my own person.” “Well, this discussion is closed for now; you can take that mind of yours and that will power and set the table for dinner. Your father will be home soon.” “What did you say mom  can’t hear you,” Ella Rose said with a giggle, making light of the subject matter and situation as she lifted herself from the stool. “You heard me, read my lips, SET THE TABLE!” Victoria said with her eyebrows raised and her voice sounding a tone higher. A look of frustration covered her face as she stood with her hands on her hips looking agitated. Immediately, Ella became aware of her mother shouting because of her body language and the way her left hand moved away from her lips in quick motion and in an upward movement while her slender fingers spread out like the wings of a hawk in flight. This expression indicated that her mother’s voice was raised in pitch when she told her to set the table. The other facial expression that gave a clue to her mother’s frustration was the fact that Victoria did no crack a smile when she gave the order. “Yes, ma’am,” Ella said acting cocky as she gave her mother a kiss on the cheek and a hand salute to the commander-in-chief of the house. “Honestly mom, I have no problem reading lips or using sign language. It’s what I do. You need to accept that. It’s me. It’s who I am,” she said as she managed to present a humbled smile. “I accepted that fact 15 years ago and I’ve been dealing with it ever since,” her mother said using hand and finger gestures. “Me too, duh! I believe I was 5 or 6 years old when I thought something was wrong with me, but just didn’t know what.” “Well, I don’t want to talk about it anymore,” Victoria said. “And what is this duh business? It sounds so un-lady like. I hate when you use that kind of language. I hope you don’t lose any of your southern charm and upbringing being at that

Author Bio:
Winona Rasheed was born in Troy Ohio on September 8, 1951. She is a Miami County Trojan and a Virgo according to the stars. Though she lives in the Nation’s Capital of Washington DC, she has a country gal feel to herself. Winona also known by the nicknames of Nona or Nonnie is very creative when it comes to writing and her creativity shows in her books for children.

Her author accomplishments include 10 published books of which, Broken Voices and A New Home for Her Cubs, published by New Line Press are among her list of titles for kids, tweens and teens.

Writing fiction started a long time ago, while in her teens, but success did not emerge until she was in her thirties when she stumbled upon a writing course, which when finished began to open up doors and opportunities in her writing career. Her dedication paid off leading her into the world of freelance writing. She also helps others write, edit and prepare their manuscripts for submission.

“In other words, Once you have the writing bug, there is no cure for it. You just have to let your pencil dance and your thoughts flow if you want to be healed.” Winona Rasheed