You are here: Home / Fiction / Romance / Birds of the Feather by Kit Dixon 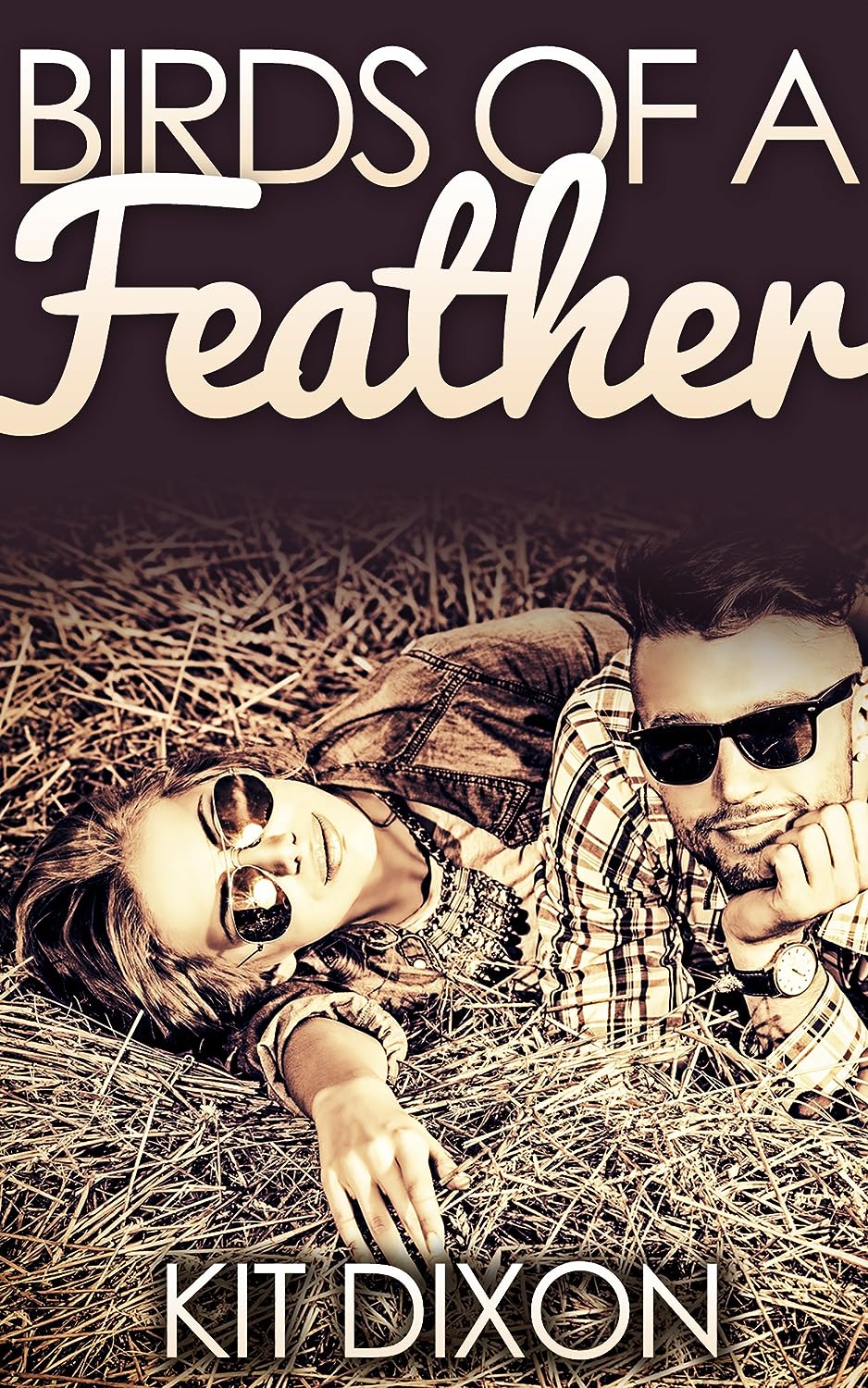 The moment Liz’s long term boyfriend proposes, she knows she has to get away. Far away. After all, the last thing she wants is more of the safe, predictable life she’s grown up with and if something doesn’t change, that’s exactly what she’s going to get.

So she decides that if adventure isn’t going to find her, she’ll have to go looking for it.

Her new life starts when Liz decides to open her heart and her mind by volunteering with underprivileged kids in sunny Peru. But it’s not long before she discovers she’s in way over her head.

When the program coordinator sends her on a weekend hiking excursion to get some fresh air and some perspective, she is delighted to discover that the magnificent scenery includes a tour guide that just happens to be a totally gorgeous bird nerd.

Fortunately for Liz, as she gets to know the unlikely companions on her tour, she begins to realize that sometimes flying away isn’t always such a bad idea.

Book Sample
Liz opened the door to the bathroom stall and her heart sank. There was shit smeared on the wall again. Small brown handprints covered the toilet. Someone had taken a dump in the wastebasket.

Then the smell hit her.

She stepped back out into the fresh air and sighed.

Maybe coming here had been a mistake.

When she first made the decision, she thought it was mature and enlightened that she chose to help others instead of sulking over her own quarter life crisis. She thought that volunteering at an underprivileged school outside the city center of Arequipa, Peru, would be just what she needed to get away from the disappointing turn her life had taken.

But she was in way over her head.

She wasn’t qualified to help these kids.

Liz knew it wasn’t their fault. They didn’t know how to use the toilets because they didn’t have them at home. Same with toothbrushes. If the volunteers didn’t provide them, their teeth wouldn’t get brushed. But that was the least of their worries. Many of their fathers had drinking problems, and their mothers had more children than they could manage. Most of the kids only came to the school because it was the best way for their parents to secure a few extra calories for them.

Before the volunteer program was started, there was only one teacher for all the kids up to age twelve. So even though Liz often felt more like a policewoman than a teacher, the volunteers’ presence meant that at least all the kids had constant supervision.

After four months, the highlight of Liz’s job had become handing out the fortified, 450 calorie bread rolls the kids got at the end of the day as an after school snack. The way they raced to line up for them broke her heart. They would eat the crumbs off the ground before they’d let them get away.

She looked out into the valley below. The closest thing was the dilapidated tennis court, surrounded by rubble from unfinished construction projects. It was where the kids had recess and gym and other impromptu breaks when their energy became unmanageable.

Beyond that, geometrically lined fields stretched out to the foot of a nearby volcano that, despite her occasional prayers, had not yet erupted and swept her and the school and the ghetto around it away.

Liz closed her eyes and tilted her head up towards the sky. The warm sun shone on her face. It was the only thing she could count on every day.

Correction, she could count on two things every day. The other was Peter’s incessant harassment.

Peter looked from Liz to the bathroom door. “Did they do it again?”

“Some of it made it in the garbage basket this time.”

“Oh yeah. Gold stars all around.”

“No. You did it last time. Thanks though.”

“I said I’d do it.” More than anything, Liz just wanted some quiet time on her own, even if that meant cleaning the bathrooms. “Everything fine in there?”

“I know. Don’t you think it’s funny that they do The Last Supper as a play every Easter? I mean, you’d think they’d get sick of it.”

“Maybe that’s what it needs to hold their interest in rehearsals better. A bit more action.”

“Well, there was a bit of excitement when the kids found out that Alvarez was going to get to be Jesus this year.”
“Jose must have been irritated.”

Peter laughed. “I think the word he used was robbed. He called Alvarez a thief, anyway. I caught that much of the conversation.”

“It’s all under control, though?”

“Pretty much,” Peter said. “So let me know if you need any help with the bathroom.”

Peter stuck his hands in his pockets and headed back towards the three room school.

Liz walked behind the outhouse to get what she needed. She took the sponges and soap out of the black plastic bucket, placed it in the trough style sink, and waited for the water level to rise. As she slipped the yellow rubber gloves on, she wondered if her friends back home were thinking about her as they treated themselves to mani-pedis before happy hour.

With a squeeze bottle of soap in one hand and a sponge in the other, Liz took a deep breath and kicked the bathroom door open. She got straight to work scrubbing the filthy tiles, but the whole time she couldn’t help but think that this was so not why she’d gone to college.

About the Author:
Kit Dixon is a writer who enjoys traveling the world collecting stories (and conquests!) that can inspire her fiction.