You are here: Home / Fiction / Beware the River 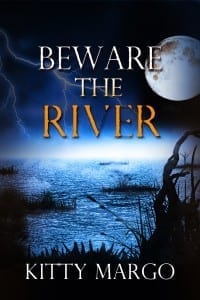 Since his great grandmother’s dementia is getting worse, 13 year old BJ spends a couple nights a week with her. Unfortunately, when Gram’s dementia really kicks in she thinks she’s still living during the great depression and expects BJ to be every bit as frugal as they were forced to be back then. This is really starting to wear on BJ’s nerves, until something comes along and shifts his focus from Gram entirely. A ghost. Pure and simple. No matter how hard he tries to deny all the weird happenings, and no matter how terrified he is, that’s exactly what it is. A ghost.

BJ has no idea why the ghost has chosen to haunt his every waking minute. He only knows one thing for certain, and that is the fact that the apparition is determined to send him to an early and watery grave. BJ’s two best friends, concerned with his frequent hallucinations, (one believes strongly in the supernatural and one doesn’t) decide that a camping trip to the river is in order. They have two goals for the weekend. One is to catch a mess of catfish, and the other is to prove to BJ once and for all that the sightings are only the workings of his overactive imagination. Unfortunately, in the stillness of a dark, sultry night, they come face to face with the spirit from the past and vow to never doubt their best friend again.

Kitty Margo has three wonderful sons who gifted her with four adorable grandchildren. She enjoys reading, spending time with her grandchildren, going on cruises with her girlfriends, Myrtle Beach, traveling to historic destinations and, of course, writing.