You are here: Home / Fiction / Romance - Erotica / Between Rock And A Hard Place by M.J. Schiller 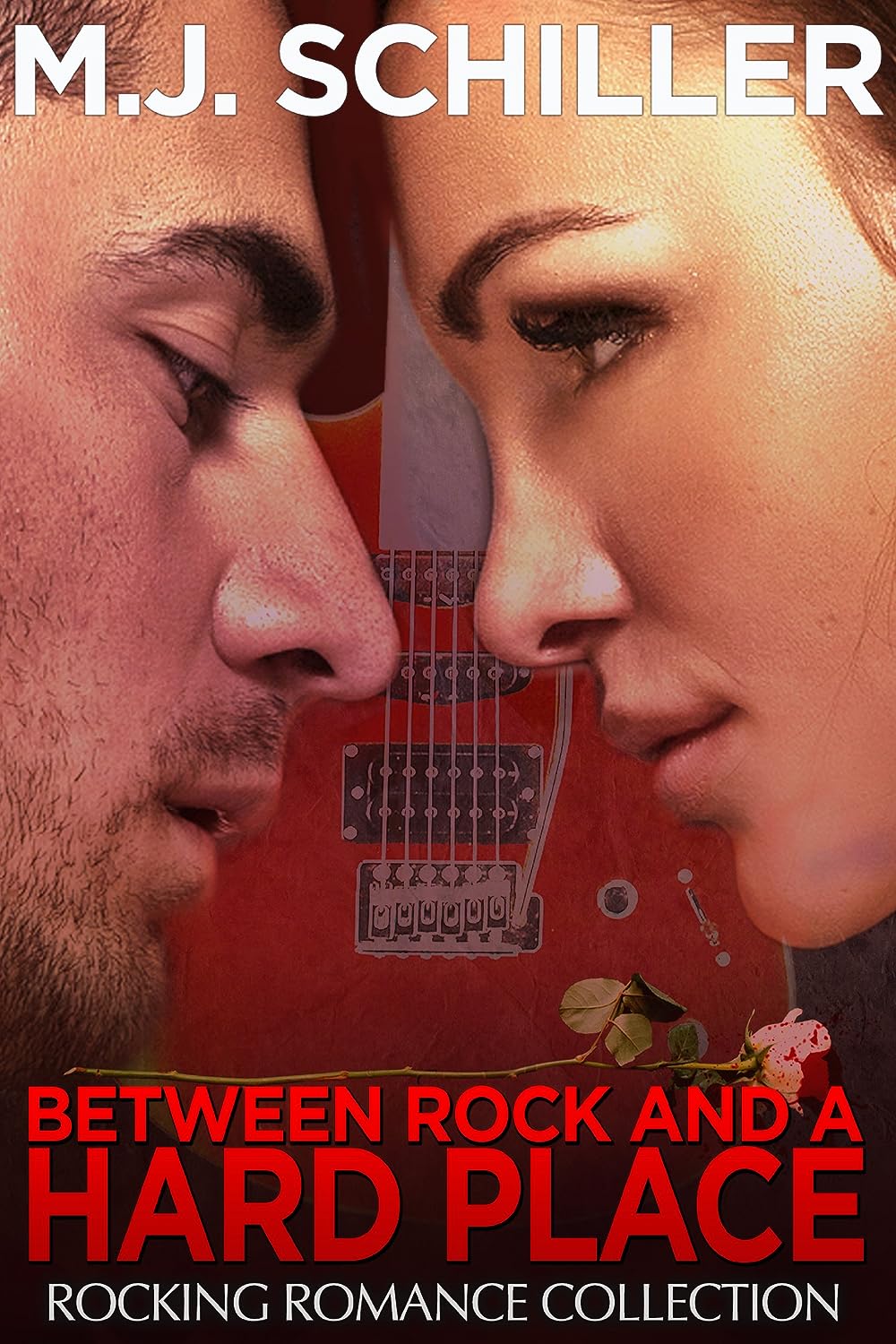 Heath “Hawk” McGowan is a young, single, cop and father. Jasmine Barrett is the rock star who has just discovered her best friend murdered in her own bed. Jasmine, or “Jazz”, as her fans call her, is not at all what Heath expects when he first meets her. Anticipating having to work with a prima donna, he is surprised to find her sweet and completely unassuming, in addition to being as sexy as her onstage persona.

Having lost her parents and now her best friend, Jazz is not about to let someone new into her life. But when she discovers another body in the condominium’s garage, her terror drives her closer to Heath.

Together, they are BETWEEN ROCK AND A HARD PLACE!

After outlining a number of reasons why he shouldn’t become involved with her—the top reason being he is the lead investigator in the murder of her best friend—Heath finds that he can’t stop himself from falling in love. Will Heath be able to solve the murders before Jasmine becomes the next victim? Or will he save Jazz, while, at the same time, losing his heart to her?

What Inspired You to Write Your Book?
I had already written two rock star books and I thought, what if the rock star were female? Then, what hottie could I pair with her? Enter Officer Heath “Hawk” McGowan!

How Did You Come up With Your Characters?
That was kind of explained above so I will just add that the other characters just sort of showed up. 😉

Book Sample
These were the thoughts haunting him when he was supposed to be stirring his sauce. That and images of Jazz from the concert the night before, which had been pushing their way into his mind all day. At least the smoke had thinned out to a sort of ethereal haze. He went to check the table for the fourth time. There was a table cloth Luke had insisted on ironing. It did look a lot less…lumpy. Wine, his and Juliette’s wedding china—which he was hoping wasn’t a bad omen of some sort—wine glasses, candles. Things seemed in order. When he returned to the kitchen and glanced out the window, he could see Luke strolling up the sidewalk with a bag. At the same time, he saw Jasmine pull up outside. “Oh, shit! Shit! Shit!” He rushed to the back door, getting to it at the same time as Luke did. He reached out and pulled the surprised Luke in by his jacket.

“Hey, this moron just went downtown to get you a red sauce—”

“Oh, no! You didn’t go to Sebastian’s did you?” He grabbed the bag out of his hand and recognized the familiar logo. “You went to Sebastian’s.” The despair was thick in his voice.

“What’s the big deal? Sebastian’s has one of the best—” The doorbell rang and he seized Luke by the lapels again.
“I’m going to go out there and distract her.” He pushed Luke hurriedly toward the back door. “You’re going to sneak out the back and keep your head low when you pass the windows.”

“Keep my head low? What the hell for? OUCH!”

He gave Luke a sharp rap on the head and then hissed at him.

“You’re a nut,” Luke mumbled as the door was slammed in his face.

He scrambled to answer the door. “Hey, come on in. How’s it going? Do you want some wine?” he said without taking a breath. He held out a glass he had already poured.

“Luke? Luke?” he stated like a parrot, his eyes betraying his alarm.

“Yes, I know that was the plan—” Her sentence was lost in a sudden kiss. He had seen Luke walking by outside, brazenly holding his head high and waving as he passed the windows. In order to distract her, Heath threw her into an unexpected lip lock. The awkward kiss was over before it had even begun. He tried to inconspicuously scan the windows again. When he turned back, Jazz was staring over his shoulder with a puzzled expression on her face. He spun his head to look out the window but didn’t see anything.

Jazz lifted a hand to the side of his face and turned his head away from the windows so he was looking at her. “Heath—” She kissed him tenderly. “—whatever is bothering you, don’t let it worry you anymore.” She kissed him again. “All I need is right here—” She feathered a kiss on his lips, then looked him directly in the eyes. “—with you.” She planted a kiss on him so wonderful it did make him forget about his annoying brother.

“Okay, then,” he said, “let’s get this dinner over with so we can have sex.” He turned and marched through the swinging door.

As the door swung back and forth he heard her mumble, “That was some of the strangest foreplay I’ve ever had.”