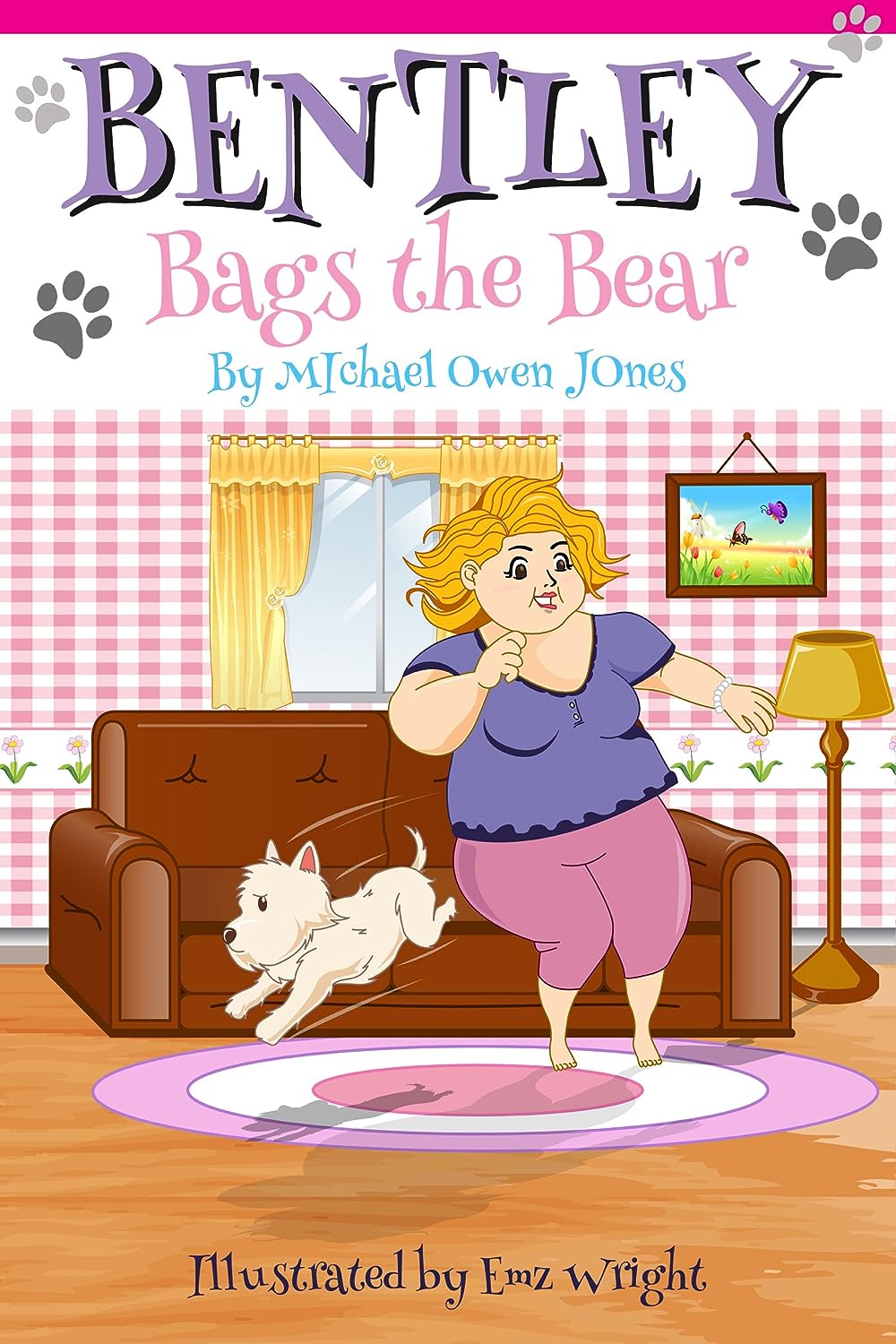 Bentley the “little white knight” is off on his doggy crusade to reclaim Old Fur Face! Rebecca’s favourite teddy bear has gone missing, and Bentley (as usual) has been blamed, this time for the disappearance of the treasured bear. Will Bentley succeed in finding Old Fur Face, or will he be squashed by an outrageously large lady, drowned in the ocean, or chased down by a killer cat with huge, wicked claws and a serious need for revenge?

What Inspired You to Write Your Book?
A number of years ago, we used to spend our summers on Mayne Island (one of the Gulf Islands just offshore from Vancouver, BC. We used to take our tiny toy poodle over there with us, and pretend that she talked to the animals (other dogs, island deer, etc.). That little dog was my inspiration for Bentley. The setting for the “Bentley” books – trees, beach, small shops, etc. was a composite of Mayne Island and a few other places nearby that we used to visit. As a teacher, I have on occasion had to deal with students who chose to exhibit bullying behaviour. As with many people, I experienced the torment of being bullied when I was young. Hence, I attempt to deal with the serious theme of bullying through the lens of a humorous script.

How Did You Come up With Your Characters?
Bentley was a derivation of the little dog we once owned. Rodney is the personification of the predatory bully that many people can relate to. Aunt Fanny is a humorous character who developes in an interesting way throughout the series. Wendell is the quintessential faithful friend and side kick. The other characters? Well, stay tuned and you will find out soon enough!

That was the sound of Aunt Fanny destroying the living room couch a few minutes into her evening visit.

She had no plans to wreck the couch.

She had just dropped in.

“Helloooooooo, everybody!” announced Aunt Fanny as she pushed through the front door. “I was just in the neighbourhood … and it’s been soooooo long!”

She kicked off her shoes, and headed for the couch.

Bentley was having a nice doggy snooze there. Right where Aunt Fanny decided to drop herself off again.

“I’ve worked out three times this week, and I’ve lost pounds and pounds at Grunt’s Gym,” she boasted as she dropped.

Bentley sprang out of the way.

That was when the couch made that nasty cracking, crunchy sound, and then promptly collapsed under Aunt Fanny’s weight.

There was sudden silence in the room!

Nobody said a word …

About the Author:
I have been an elementary school teacher for almost a quarter century now. I have an undergraduate degree in English, and a Master’s Degree in Education. Prior to that, I was a professional business writer (along with other assorted wanderings off the trail!) I have always loved to write both fiction and non-fiction, and have searched for a number of years for an outlet for my craft. Now, thanks to technology I, along with many other folk, have found the mother lode – the chance to skate past the gatekeepers of traditional publishing towards success as an indie writer based on nothing but drive, some skill, and the perseverance to succeed and make things happen for ourselves in the wacky world of writing.