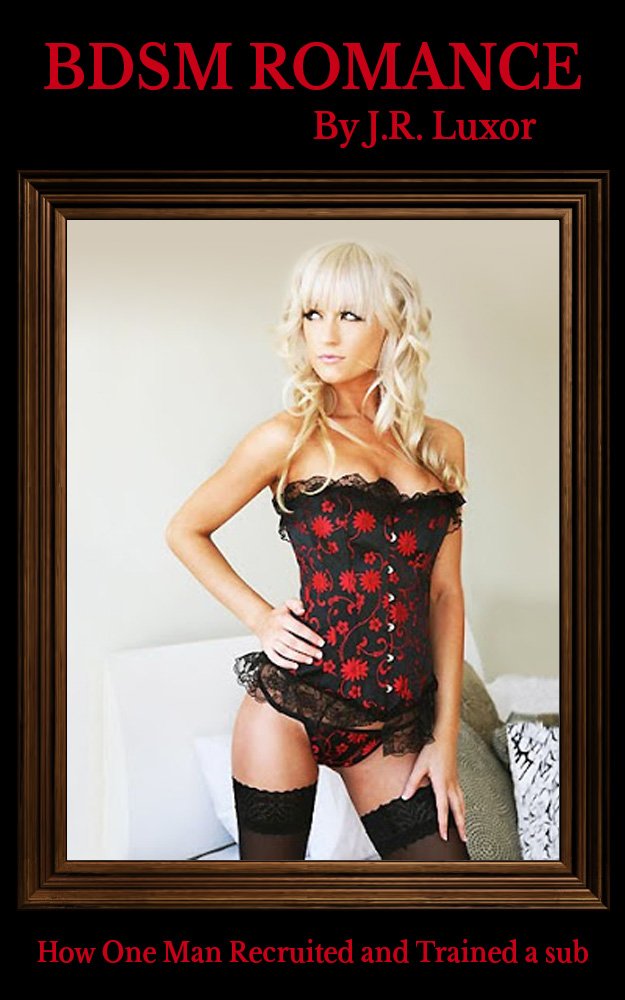 BDSM Romance, How One Man Recruited and Trained a sub, chronicles the deliberate effort by a man to choose in advance what his next girlfriend will be like. He wants to indulge his desire to have a sexual relationship where he is the dominant partner over a submissive female. He makes a commitment to find an attractive, unattached woman with submissive and masochistic tendencies because he likes to be the boss in a relationship and he likes rough sex. More, he wants her to have those submissive and masochistic tendencies to be the basis of her sexual attraction and sexual expression and practice, such that she will feel safe as the sidekick in a relationship and will enjoy and prefer being the recipient of rough sex. His shorthand phrase for this was the ‘sexual dynamic,’ the way every interaction between a couple can reflect an expression of his or her role in the relationship.

He has no illusions about finding a cute woman with common interests and hoping to describe, suggest and sell her on the idea. No chance. He knew one had to be born that way – and he knew they were out there. The problem was that everyone who co-exists between this underworld and the surface world where they all work and live hides from everyone else. So he wrote a posting for a dating internet site, basically, “Looking for a sub who wants to know if she is one. – reply to The Teacher.” Such a posting would act as both bait and filter. He wanted a natural sub but he didn’t want someone who had learned some other Dom’s style and was probably ruined. She had to be just ready to discover herself. Timing was everything.

His natural sub and he find each other and the book tracks his thoughts as he constantly leads her to do more each time, to break another taboo, and to try new practices. The new practices include the concept of devotion to another person and the formalities, protocols and rituals that provide structure and perspective to this very real underworld that exists today beneath the surface world.

He is careful in “bringing her along” to avoid her ever refusing a suggestion, request or instruction. She wants to please and is receptive to praise, so she can be guided, but he realizes the importance of a perfect record of never saying “no.”

Similarly, when they play with bondage, he gives her a safeword, but he knows that to continue bringing her further along beyond former boundaries or taboos, he must never push her too fast such that she uses her safeword. As time goes on, it becomes harder for her to say “no” or use the safeword.

She explores what was already inside her psyche: certainly submissive to a Dominant male, submissive in sexual bondage, a preference for rough sex, exhibitionism, masochism, voyeurism, lesbian desires and the ultimate realization that all of this is normal for her.

This book will try to make the figuring out somewhat easier. It provides the examples of four Doms – dominant males – who brainstormed a BDSM club over pizza and Monday night football. Each man has a different style that could be a role model for an aspiring Dom. Each Dom in this story currently has a collared submissive female, a sub. Each of the women, each sub, has a distinctive personal approach to the lifestyle of being a submissive. Each sub has a different temperament, a different energy and a different feminine appeal which could provide role models for females who are curious about what it would be like. Finally, each pair of Dom and sub has a different arrangement, a set of expectations and protocols, to their relationship. They make a deal at the beginning. The subs accept their fate, but only after they choose their Dom and their arrangement.

How Did You Come up With Your Characters?
As a cohesive unit, we create characters and the thoughts that go on in their minds. It was fun to use our experience with people to define motivations and values.

Book Sample
Yes, he smiled to himself. “Fishing” was an apt analogy. As in fishing, it begins with choosing an environment wherein to make our efforts. His edgy dating site handled that. Then there is setting the bait. He was trying a new approach for that. This time he created a title: “LOOKING FOR a sub WHO WANTS TO FIND OUT IF SHE IS ONE. Reply to The Teacher.” He had actually considered signing it, “The Trainer.” His first impulse was always to push the envelope – often too far, too soon. So he proofread twice, made accommodations to the classic female desire to fool herself, and softened his approach, signing it, The Teacher.

About the Author:
J.R. Luxor is the nom de plume of the binary star that is a husband and wife writing team living in the San Francisco Bay Area. She is currently a life coach and he is an author formerly involved in psychology and counseling teenage girls.

As to the question of how much of the actions and depictions of people is from personal experience, J.R. Luxor always declines to answer, fueling speculation and probably purposely cultivating the enigma, but it’s still fun to speculate!