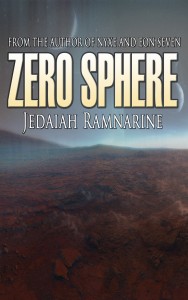 A Dark discovery on Mars consumes generations of a family destined to protect humanity from total enslavement by an ancient alien technology and its enemies hellbent on returning from deep space with an unrivaled vengeance.

In the not so distant future, mankind has continued to wage pointless wars and indulge themselves in unnecessary conflict, entertainment and general hopelessness, all while overpopulating the world to the point that earth simply cannot support its inhabitants anymore. So man turns his eye to The Red Planet, hoping the new voyage across space’s dark sea would usher in a new era of hope to the human race.

A renowned soldier in the Earth’s Defense Force codenamed Valkyrie finds herself unwilling to continue fighting for a world that has lost all its humane ideals and decides to reunite with her husband, Seven – a mystical humanitarian who was selected as one of the human colonists to settle on Mars.

But when Valkyrie arrives on Mars, old ties to her military career drags her into investigating an ancient discovery on the red planet which has a strange connection to Seven and threatens to rewrite all of history as we know it.

Their involvement grows deeper as they discover the dark force pulling the strings in the shadows and that once carefully planned future the two wanted takes a sharp turn in another direction that would send both of them and their family to come on a relentless mission that would span hundreds of years into Mars’ future and inevitably, to the farthest and darkest corners of space and time.