You are here: Home / Fiction / Action & Adventure / Bargain Book: Dead Man Walking – A Spy Amongst Us by Toby Oliver 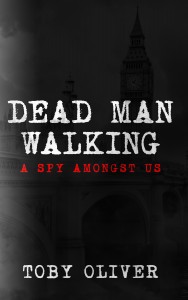 When Lord Oakways is found murdered in his London home, a DCI working the crime scene stumbles upon some potentially damning evidence in the cabinet minister’s diary: a meeting with Toniolo, a suspected Soviet spy operating at the heart of British government. The case is handed over to Garvan and Hall, whose investigation centers on two suspects: foreign minister Jeremy Haining, a close friend of Oakways and former left-wing firebrand, and Jamie Burdis, the disgruntled former foreign minister known for being a flagrant philanderer.

With the successful D-day landings, the Allied forces’ victory seems more and more certain—as does a seemingly inevitable face-off with the Soviets.

Garvan and Hall race to solve the murder and unmask the spy, but the more they dig, the more complex the web of betrayal appears to be.

Who is Toniolo? And can they find him, or her, before it’s too late?

Book Price: $2.89
Links to buy book: (Check book price before you buy, as prices can change due to expiration of the sale or other technical issues.)