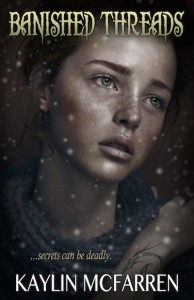 After arriving in England on a much-deserved vacation, Rachel Lyons and Chase Cohen are quickly forced into becoming crime-stopping sleuths when a collection of priceless Morris Graves’ paintings turns up missing at her uncle’s gallery. Determined to clear him of all wrong-doing and free his accused granddaughter, the treasure-hunting duo risk not only their relationship but also the life of their unborn child when it’s discovered that someone is determined to destroy the Lyons’ family by any means necessary.

Targeted Age Group:: Adult – 18 and over

What Inspired You to Write Your Book?
For most of my life, I’ve been fascinated by the arts—visual, literary, and performance. At the age of eight, I penned my first poem and won my first award in a short-story writing contest sponsored by the Seattle Rotary. Throughout high school and college, I continued to write in journals, and attribute her interest in a literary major to Lonny Kaneko, a highly respected English professor at Highline Community College in Des Moines, Washington.
My dream of opening and operating an art gallery was realized on June 5, 1999, and it was added to the list of twenty-seven diverse companies under my husband’s Yoshida Group umbrella. It was through this eight-year experience that I became acquainted with and committed to over four hundred artists in the Northwest, exposing their talents at monthly shows and through national marketing efforts. My interest in this visual medium, love for great mysteries, and enjoyment of writing spurred me to create this action-packed story.

How Did You Come up With Your Characters?
My characters were originally created and developed in my first Threads book (Severed Threads) and are comprised of the people I’ve met at various times in my life. However, their flaws, strengths, and weaknesses were added in order to move my stories along, to make them more interesting and complex, and to make it possible for them to grow while overcoming obstacles, opponents, and personal fears.

Book Sample
Sloan Rafferty goes to a nightclub with her boyfriend Sky Nolan, hoping to forget all the misery in her life—only to be kidnapped by a murderous trio.
EXCERPT:
Sky turned to Sloan. “So, are you ready to leave for my place—sleep it off and tell me who you really are?”
“You think I’m joking, but I’m not. I’m invisible. I’m a figment of everyone’s imagination.”
“OK, so now you’re a blooming fairy. How ’bout buttoning up and giving me your hand?”
“Why? We just got here,” Sloan slurred. “I haven’t even danced yet.” She stood up and realized her mistake too late. The room tilted to the right and began spinning. She squeezed her eyes shut, fearing that if she moved too quickly or moved her mouth, her stomach would protest and add a new layer to her humiliation.
Sky was on his feet. “Sloan, look at me. It’s going to be all right. I’m going to get you out of here.”
She reached for him to keep from falling over. He tossed a few bills on the table and guided her through the crowd with her arm slung over his shoulder. After claiming her coat, they emerged through the exit and into the cold night with their arms around each other’s backs. In both directions, music lovers, minors in micro-minis, and bohemian misfits waited in line for their chance to witness the alternative rock band’s performance. In a matter of minutes, the club would explode, with Brice and Veronica in the center of all the action.
“Ah, bullock,” Sloan slurred. “Left my clothes at the gallery. Did you see them?”
Sky halted next to a lamppost. “I need you to stay right here. I’m going to grab my car and be right back. OK?”
Sloan nodded and wrapped her arm around the lamppost. As he walked away, she closed her eyes and leaned her head back. Breathe, breathe. Just breathe…She needed to gain control over her mind and body. Take her finger off the self-destruct button and conquer her fears before they conquered her. But where to begin? Even the shrink she had visited weekly offered no answers, solutions, or worthwhile advice, leaving her more perplexed than ever.
“Let go of your past, Sloan,” he had said. “Concentrate on the future and the positive aspects of your life, and before you know it, you’ll find yourself reengaging in the world, in the lives of the people around you.”
Dumb-ass advice. At the end of each session, he rewarded her with a new prescription—a quick fix designed to dull her anxieties and sweep her frustrations under the rug.
Ah, shit. Where were those pills when you needed them?
The air suddenly grew cold, stinging her ears. Sloan tugged at her coat with one hand and held onto the post with the other. She began wondering why Sky was taking so long when a car suddenly pulled up. The passenger window was rolled down, but the driver was obscured in darkness.
“Get in!” a man’s voice yelled.
Without a second thought, she opened the door and climbed in.