You are here: Home / Bargains and Freebies / Bargain Books Under $3 / Balchik Secret by Silvi Stamen 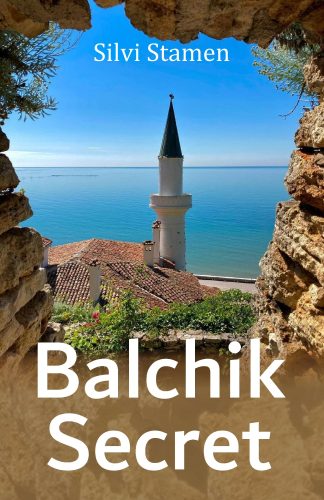 Silviya is a beautiful university student. She is frivolous, adventurous and hungry for new experiences. Her distant relationship seems a boring one, so she decides to take a trip to the Bulgarian Black Sea coast.

Mr.Big is a rich, hunky construction boss with business affairs all over the country and Europe. He is a womaniser, but does not realise that he will beg for a woman like her…

Once things start to happen, they both visit beautiful places, leading them into a web of secrets, passions, romance and hidden pleasures….

What Inspired You to Write Your Book?
One great love story inspired me to read Balchik Secret! I was with my husband and our three black cats in our mountain villa, amidst the COVID-19 pandemic. It was snowing, and I was in my bed watching a love movie. Then, I said at myself can I use all the time I have now to write a book? And started it on the next day. 30 days later the first draft was ready and I knew that I was going to publish my first book.

How Did You Come up With Your Characters?
Characters are part real and part fictitious. Actually, some of them are inspired by my real life and experiences.

Book Sample
Maria found something very familiar in the unfamiliar woman standing in front of her. She approached, and their eyes met. There was silence and, at the same time, hope that all her questions would finally find an answer. Her brave Osman had the same warm smile that she saw in that stranger. She had loved him too, but not in the same manner as her.
Here I saw Osman for the first time. It was the day he pulled out my daughter of the shallows, ' Maria said.
I also pulled someone out of them,' said Sevda, as she rolled out a sleeve of her worn-out coat. – After that, a few months later, when he was healthy and capable to walk, we were frequently coming here for a walk. – But this is a past, Turkey, and the fight for that country took it away from me.
Turkey also took Osman away from me. – For him, that sacrifice was worth it, but he could not survive the death of our child.
May Allah always be with you. – Sevda touched her elbow with her hand. – You encouraged him to fight for his country, as he saw how fervently you defended the interests of your own. Before leaving for the war, he told me that you urged him to do something valuable.
Sevda's world in which there was something more than everyday life had collapsed. In the world of war, men had to fight for their countries and ultimately give up their lives. It must have been worth it for someone, she thought.
Her gaze blurred again. She remembered Maria's words that their child had died.
How did the child die? – she asked
Fever. – "My son died of fever".
She found the strength to smile and nodded. Her brother had left no one behind. She had been left alone after her old father's death, and the thought of Onur made her incapable of marrying. She was already a spinster, but even now, she believed in the generosity of Allah. So, it was worth it. Osman had loved, and someone had loved him. He had become a father. And he had lost his child.