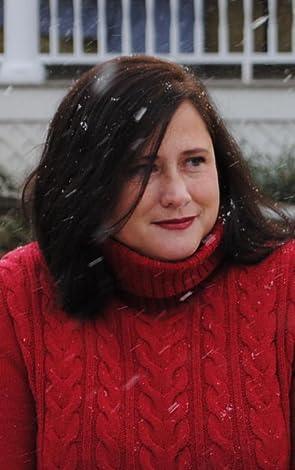 What are you most proud of accomplishing so far in your life?
If I put aside what I do every day to hopefully raise, loving, generous, productive, human beings, I would say it’s a tie between earning my PhD and publishing my own books. There has never been an experience that lived up to its billing, that provided such a sense of accomplishment as when I finished that PhD program. I remember getting a call from one of the dissertation committee members before my defense. I pressed the button on the answering machine, wondering if this guy was going to say, “forget the defense, this is awful…” I wrote about a culture and community that was not mine, but was his and that left me open to having possibly interpreted data in all sorts of “wrong,” ways. But he said he thought it was an incredible dissertation that really said something different about the population of people I studied. I collapsed into the kitchen chair and burst into tears, just like you’d imagine a person bursting into tears. The feeling was like no other. Except for the pride I feel in self-publishing. People sometimes say it’s taking the easy way out. I know that whoever says that has never done it. To take a book from disparate ideas to a solid product people want to read without the help of an all-knowing expert to guide me through it feels pretty darn good.

Do you recall how your interest in writing originated?
I had so much fun growing up, hanging out with friends, experiencing all the stuff every human does, but I kept replaying certain scenes and events in my head and reliving them that way, almost as though recalling them was better than originally living them. I kept thinking, “I have to write this down, I have to capture this moment, this feeling, this person!” At the same time, I found myself rambling on and on about all sorts of things that I felt passionate about, but it occurred to me, hearing someone’s voice for too long is grating. It was then I figured, “Hey, write it down then if someone wants to read what I think, they’ll read it…” No grating necessary. That combined with my family history of everyone being buried in books sort of sealed my fate. Oh, and my dad writes every day of his life. He doesn’t care about being published, the writing itself is paramount to him.

How long have you been writing?
I’ve been writing fiction for 13 or 14 years, but it was when my son was born prematurely and I reduced my workload to be at home more that I decided I would treat writing as my job—even with my regular, formal part-time work.

When did you first know you could be a writer?
I wrote my first novel and two of my neighbors would read it and give me feedback. The book had a ton of problems, but they would pull out the parts where they laughed their asses off or they felt it was moving or powerful or a character was strong and even with the novel’s problems, they would encourage me and in their reactions to what did work, I found the place in me that said, “this is what you should be doing…” I think they really demonstrated the power others have in supporting someone’s work.

What inspires you to write and why?
Life! Nearly everything I see is inspirational to me in some way. Even boring events are ripe with material. The way one woman digs through her purse and pokes at her phone with her long nails slipping off the buttons, or the man who is so bored he doesn’t realize he’s just picked his nose in a room full of fellow parents…there is no experience that isn’t in some way usable in my writing.What genre are you most comfortable writing?

What inspired you to write your first book?
College life inspired my first book. I lived with one of the most interesting people I’ve ever met. She was absolutely everything I was not—self-assured, sassy, brilliant, carefree, self-depricating, and a smoker. We were both drinkers…but we just clicked on some level and spent so much time doing stupid, dangerous/hilarious things that never failed to make me think, “oh, my God, I have to write about this…” I’m not sure I’ve ever met anyone else like her—someone with such a fully developed sense of who she was and what she needed to do or not do to accomplish her goals.

Who or what influenced your writing once you began?
I joined writers groups like FatPlum in Pittsburgh and PennWriters in Pennsylvania. There I met lovely people willing to not only support the content, the actual writing process, but they supported me as I went down the path of traditional publication. I found an agent, but she didn’t sell the first book she took on and then she turned down the others thinking they weren’t marketable—too small and quiet to be breakout novels. These groups and the individuals in them really helped me wade though the next steps in that situation.

Did writing this book teach you anything and what was it?
This book, Love and Other Subjects, taught me a lot about my career path. The novel was inspired by my first years of teaching and the group of women I lived with at the time. They were absolutely incredible people and teachers and I was just okay…oh my gosh, the single smartest thing about me at that time was that I knew what I didn’t know. And I was smart enough to go find the answers when no one had them at the school or in the county. I was a good teacher when I could boil down my day to actual teaching (like I was able to do at the very high-functioning, wealthy suburban district where I did my internship)…but add in discipline, chaos, and the plethora of stuff many teachers have to do beyond actually teaching and I really struggled at the time. The book also allowed me to explore race, friendship and love in a way that my first two books didn’t. Love and Other Subjects was just such a fun book for me to write. Very straightforward compared to the others I’ve written. I guess the book also is a reflection of what I learned professionally over the years more than a project that taught me in the way my historical fiction does. The race issue required me to really examine my experiences with friends and work as well. Writing about another race in a fictional way is tricky. I can only hope it comes across as respectfully done, that it shows the character of Carolyn growing in what she understands about other races and cultures.

Have you developed a specific writing style?
I don’t think so. All three books are about different times in history and each required a completely different style…I’m writing a follow-up to The Last Letter right now and I’m finding that as soon as I’m in the writing, that voice comes back…that tells me it was the right one for that book.

Can you share a little of your current work with us?
Love and Other Subjects is a love story and post college coming of age story. I guess there’s a new category called, “new adult,” that explores the twenty-something era of life. This fits that to a T! Carolyn is searching for a way to be great at her job, teaching, and also to nurture a love life and keep her friends close as she sees them as siblings she never had. Carolyn’s a fun character, self-deprecating, though very self-centered. She has a good heart and wants to change the world…of course that can’t happen…not at first, anyway. She’s caught between the wealthy old-monied life of her boyfriend and the very poor lives that most of her students lead. She’s the quintessential fish out of water in every aspect of her life. Even her friends are moving on with engagements and boyfriends…she just feels very lost. But the book, the tone of it is fun, snappy, chick-littish!

How did you develop your plot and characters?
The plot was simple—there were two problems that needed to be solved and it was easily fitted into a neat school year. That helped me contain the plot, to not let it wander and stretch on. The characters are inspired by, but not the group of women I worked with. I actually combined a bunch of them to create the characters. And when it came to Carolyn and her roommates, even if there’s a seed of resemblance to someone, it’s exaggerated and stretched and shaped to work in a novel and in the end it’s purely coincidental if someone actually sees them selves in a character. I’m hoping every new teacher in the country sees herself in the characters in some way.

What was the hardest part about writing this book?
The hardest part was developing characters and a plot that grew from real experiences and people, but that would work in a fictionalized story. I suppose I could have written non-fiction and included all the ladies I worked with as “characters,” but none of us is that interesting in real life. Same with the kids. I didn’t want anyone to read the book and feel like I exaggerated something, something that was hurtful. I really needed to take the essence of us, of any women just out of college, women new at their jobs, and women figuring out their love lives and friendships and distill them into wholly fictional people. I drew more “true” information from my work in education than I did for the personal plots and characters. Again, it’s wrapped up neater than it would be in real life so it works for fiction, but I needed the realism of classroom issues to be authentic. But while many of the problems at the school are playing out in schools every day, I needed added drama like Klein’s secret and other things like that to raise the stakes. At this point I’d have to draw a map to sort out the kernels of fact that are wrapped in an entire fictionalized experience. That was hard to do…

Is there a message in your novel that you want readers to grasp?
Just that life is more complicated than we want it to be. We think solving educational problems is a matter of some money and a plan, but when you dig into people’s lives, their limitations, you find that blanket solutions don’t work. It’s not just that some schools and districts need more money they need a complete transformation in the way kids are engaged in the learning process. When I think of what I do to lay the groundwork for my kids to go to school, to be ready to learn, when I consider how exhausting that is, how some nights I let things slide because I am too tired to press one more thing…and I have no monetary worries, no wondering if I can pay for health care, no roadblocks to providing what my kids need to be able to eventually function in the world, and yet some nights I don’t feel like reading with my kids…how can we look parents who are working two jobs each, struggling to eat and buy clothes, to provide a safe home, and ask them why the hell they didn’t read for an hour with their kid last night…Of course in a perfect world, that’s a perfect question…that’s the point I guess. Nothing works like it should.

More details about the author & the book