You are here: Home / *Reading Room / Interviews With Authors / Interview with Author – Alex A. Akira @AlexAAkira 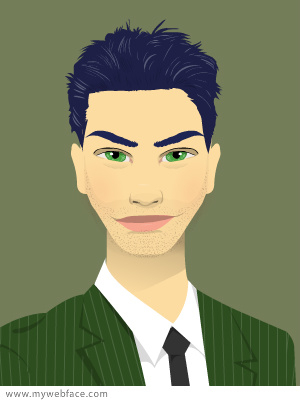 Do you recall how your interest in writing originated? I’ve always written and drawn. When I was fourteen, my English teacher read a passage of mine out loud to the class. I was mortified, as I was one of the hidden [avoid attention at all costs] but the way he looked at me after reading it, well for the first time in my life I felt…I had… worth.

When and why did you begin writing? After the above incident I read and wrote constantly. But I also drew. My peers liked my drawings, which kept me from being beat up, so when the time came for me to apply to college, I chose one college that focused on writing and one that focused on art. The art school gave me a full five-year scholarship… I stopped writing and started painting.

How long have you been writing? I resumed writing in 2008, approximately fifteen years later. I discovered Japanese yaoi mangas online and became fascinated, then I found fan and original online serials. The stories were both amusing and heartfelt, despite some of the author’s tentative grasp on the English language. Soon I began to write what was to become Dragon & Crow online, and then I learned of M/MRomance genre here in America.

When did you first know you could be a writer? This almost a trick question and my answer is not because I am a smart alec. As soon as I learned the alphabet, learned to read and how to string words together to form a sentence. I’m a big believer in “if you can see it, you can be it.” Now whether anyone else considers me a writer, lol, that is on them.

What inspires you to write and why? Life and it’s happenings inspire me to write.
I write to amuse myself, to release stuff that’s inside that I need to get out, to play God, sometimes. In a world where I control little, I can make my characters do what I want to.
Honestly? It’s a selfish pursuit on my part, allowing me to express parts of my imagination that I can’t express elsewhere. I do think of the reader in that I try to take them to the expected places in unexpected, but agreeable ways. But mostly I write to give a jolt of happiness to subdue life’s pain.

What genre are you most comfortable writing? Fiction. I live my life pretty seriously, so fiction lets me escape and relax.

What inspired you to write your first book? I’ve always been curious about what strangers are like behind the image they project. I also love martial arts. In Japanese manga, often characters are depicted as students of martial arts. I wanted to imagine the life style of those students and happen to be a student of Shotokan… so Dojo Boys: Dragon & Crow was born.

What do you consider the most challenging about writing a novel, or about writing in general? Number one for me would be Outlining. I love to weave [a story] and it is very daunting to “know” and “see” all aspects of the tale you want to write, but then have to outline it so that you give the reader enough information without giving the climax away. When I realized an outline is like a business plan, it got much better.

Number two would be, learning that the way I think, in pauses and exclamations, does not correlate to good grammar and punctuation. Or should I say… writing does not use the same patterns, as thinking or speaking. That was a tough one for me, but thankfully it is something that I can learn… the nuances of writing. Have I mentioned, I love my new editor?

Have you developed a specific writing style? According to my readers, I have a style, lol. I’ve been accused of being “flowery” while someone else compared me to J. K. Rowling, whom I have never read. Right now, I think I write with the imagination and style of an eleven year old who wants to be twenty-five.

What books have most influenced your life? After Cinderella at age five, I devoured Greek and Roman Mythlogy, followed by Candide, the French classic about a simpleton at age eight. At nine I stumbled across Breakfast of Champions, by Kurt Vonnegut. It taught me about perspective, it was an extremely valuable lesson at the time.
Topaz by Leon Uris was my first thriller and anything by Ayn Rand made a deep impression on me. At fifteen I discovered A Book of Five Rings by Miyamoto Musashi, a book that I reread to this day. And then there are the works of Andrew Vachss, David Gemmell, Octavia E. Butler… Sorry too many to name.

What are some of the best tools available today for writers, especially those just starting out? An editor. Make sure your book’s cover pops out. If you are an intelligent individual and have limited funds, self-publish… but make sure you have an editor.

What contributes to making a writer successful? Monetarily, smart work, readership and marketing. Personally, being passionate about that which you write and learning to improve upon your skills brings internal rewards that I call success.

More details about the author & the book