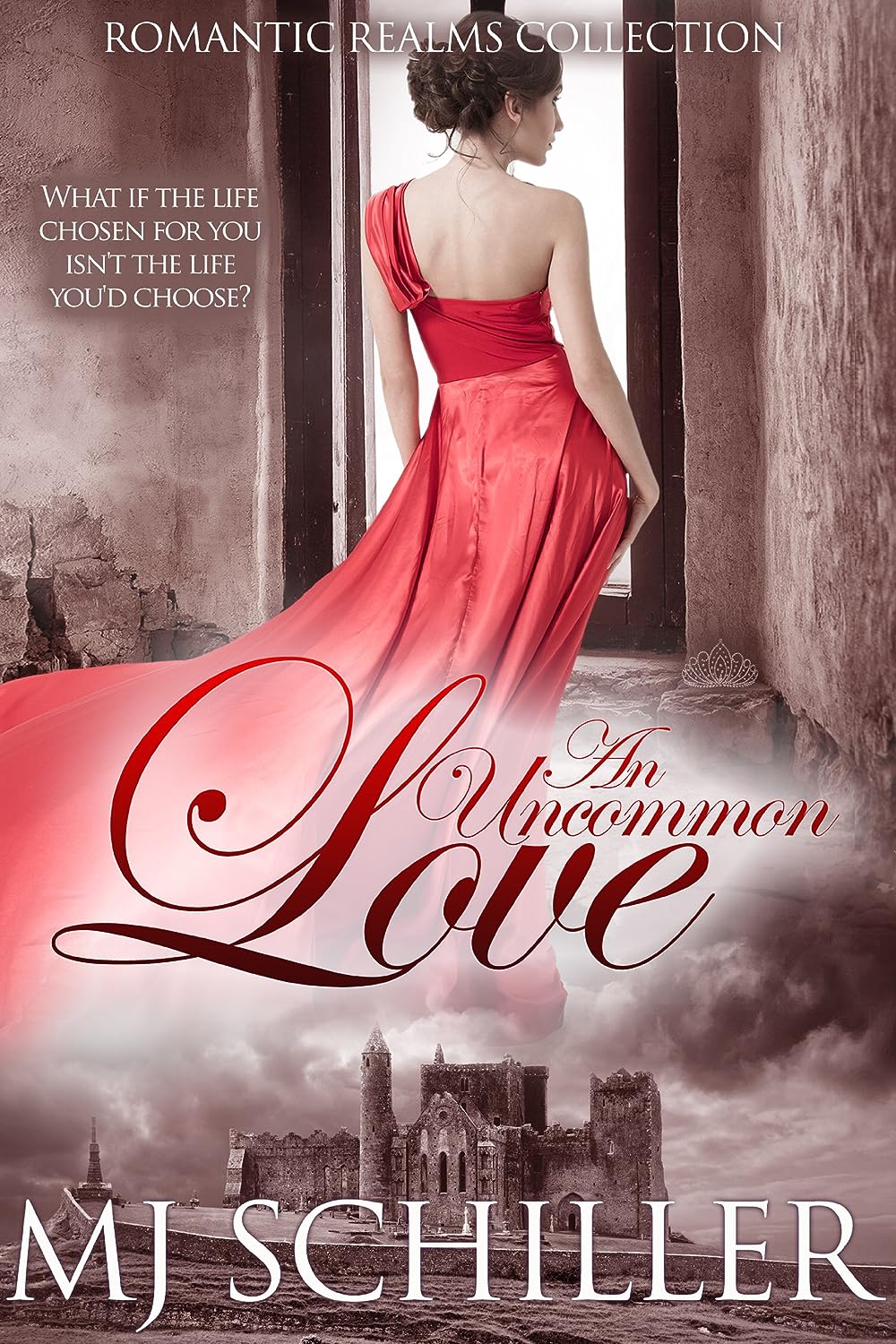 Princess Adriana had her life all figured out…

Or, to be more precise, she had her life all figured out for her. Before she was even born she was betrothed to Garin, and that was perfectly acceptable as he became her childhood friend, and then, eventually, the person she would swap kisses with inside the palace gardens. She never questioned it, never had a reason to, until the day a commoner was brought before her father, the King, to be punished.

…until the day her eyes conncected with blacksmith Seth Hobb’s across a stone courtyard.

When he creeps into the castle at night to thank her for freeing him, they begin to build a relationship with one another that is often as explosive as it is endearing. But fate ends up separating the two and they must undertake a long and arduous journey to be reunited.

But with everything against them, can an uncommon love like theirs survive?

Even then, can Adriana make Seth see her for herself and not as the princess he imagines? And if she does, will she ever be able to convince her father that, despite his objections over Seth being a commoner, there is nothing “common” about him at all?

What Inspired You to Write Your Book?
It is my fairy tale romance. Loved the play on words, Seth as a “commoner” made their love uncommon.

How Did You Come up With Your Characters?
Blacksmith is kind of the rock star of medieval times. The idea of the princess, high up in the castle leading an isolated life was intriguing.

Book Sample
With that, she broke from his grasp and lifted her skirts to free her feet. Running down the stone pathway that curved around the corner of the building, she followed the uproar. As she ran, parallel to the crowd following the road, she peered between branches of the oak trees planted at regular intervals along the edge of the garden. She could see a man with his arms tied in front of him, struggling against his captors as he was pushed, shoved and pulled. He wore a loose-fitting, beige-colored linen shirt. His blond hair was long on top, and flew in front of his face as he swung his head violently. He seemed to be trying, at the very least, to injure someone with his skull.

She hastened her steps, and was actually the first person to reach the courtyard, angled as it was in her direction. She broke from the tree-line and stood just beyond the edge of the wide, hexagonal, stone court. High above, a small balcony jutted out from what she knew to be her father’s conference room.

She continued to hear the whistles and cheers of the crowd, though they were briefly out of sight up the roadway, and it filled her with apprehension. In the past, her father had never let her see the goings-on in cases such as this, and now she understood why. It frightened her. Her heart beat faster as a few guards poured into the courtyard, walking backwards as they took in the actions of the mob that trailed. She could see Derrick, her father’s Captain of the Guard. Even from this distance the purple bruising on his chin was obvious. He held the rope tied to the captive’s wrists and jerked it, a cruel move that sent the man crashing to the stone pavers.
Adriana gasped, but then covered her mouth. She stood, barely visible, at the fringe of the trees. If her father or his men saw her, they would order her away, of that she was sure. The man struggled to his feet and defiantly shook the hair out of his face. His white teeth flashed as he bared them, glaring with disdain at Derrick. His heavy work pants were torn at the knees, whether from the fall she had just witnessed, or from some other fall, she could not tell.

The prisoner’s gaze lifted and caught hers. For several seconds it was as if no one else was there besides Adriana and the stranger. The air seemed to shimmer between them with the intensity of their stare. The noise of the crowd thundered in her ears, but was now accompanied by the sound of her own blood pounding through her veins. His eyes were the most startling blue, reminding her of the flash of a blue jay she sometimes caught a glimpse of in Ramport’s gardens.