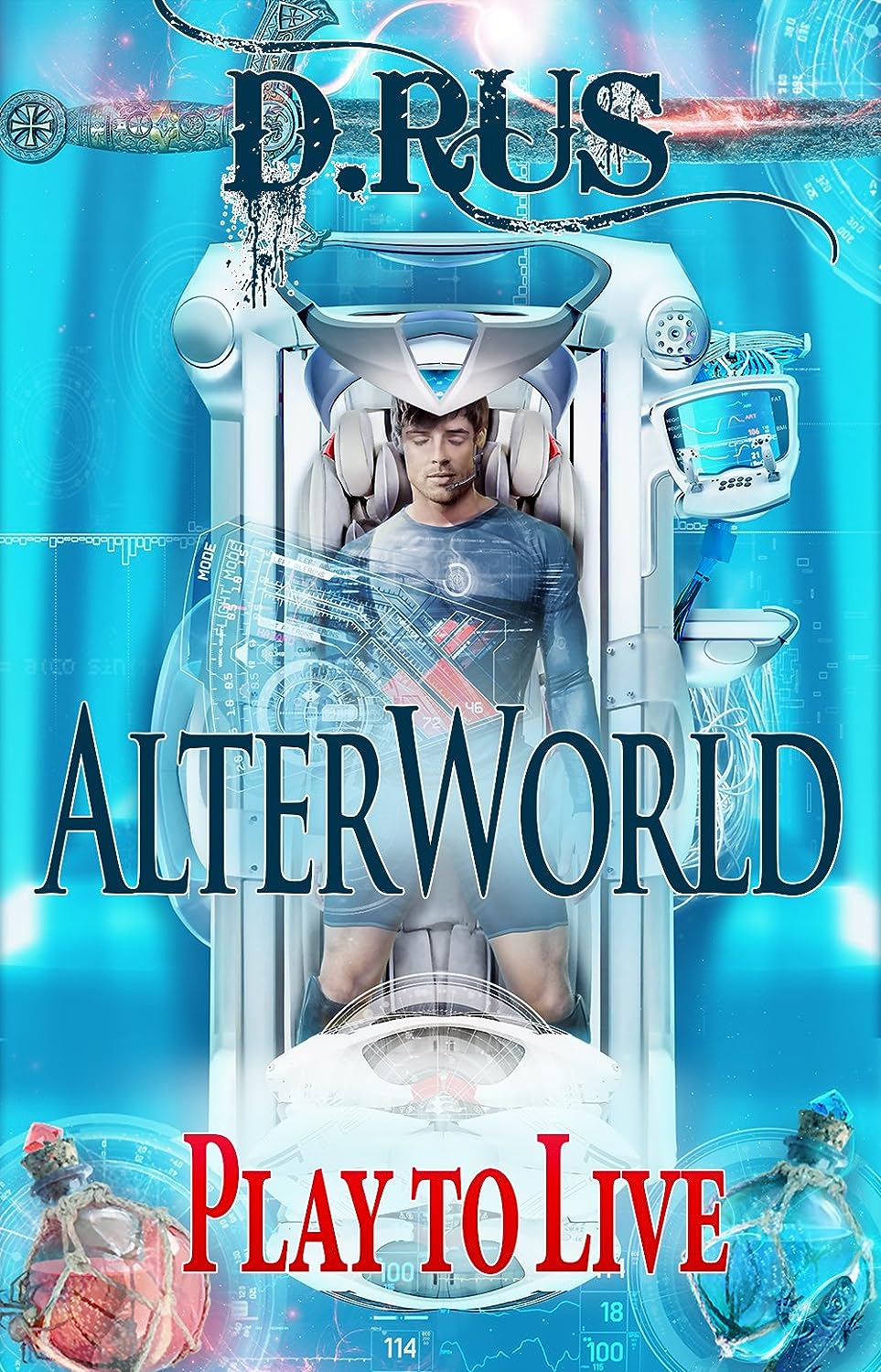 A new pandemic – the perma effect – has taken over Earth of the near future. Whenever you play your favorite online game, beware: your mind might merge with the virtual world and dump its comatose host. Woe be to those stuck forever in Tetris! And still they’re the lucky ones compared to those burning alive eternally within the scorched hulls of tank simulators.

About the Author:
D. Rus is a young Russian author whose books took the Russian literary market by storm in 2013. AlterWorld – the first novel of his Play to Live series – made him a bestselling author overnight as critics now credit him with single-handedly creating a new science fiction genre: LitRPG.

Set in the virtual reality of MMORPG – Massively Multiplayer Online Role-Playing Games – his books tell stories of real people who’d become stuck in the game and are forced to follow its rules while preserving their intergrity and fighting to make their new world a better place.

The five books of the series have created a huge following as more authors followed suit, making LitRPG the latest bestselling Russian genre that merges science fiction, fantasy and gaming conventions. D. Rus has been nominated for Start, one of Russia’s prestigious literary prizes for the best debut science fiction novel.