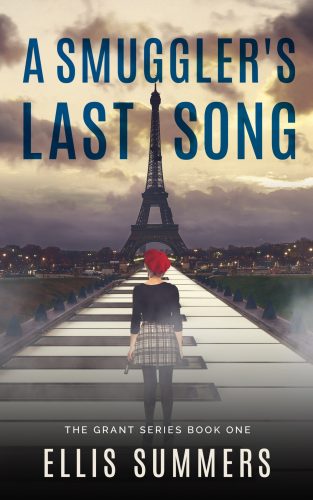 Music is Emma Grant’s world. Smuggling, blackmail, and murder are her family’s.

Emma has a deep love of music and has reached international acclaim for her sound engineering. She has the opportunity of a lifetime knocking on her door. A chance to inherit the 100-year-old recording studio owned by her family. But nothing good has ever reached her without a catch.

Her grandfather Richard offers her a deal that will change her life forever. After she runs the studio for half a decade, she will have to join Richard’s private business for several months.

Richard is a man who has the city at his fingertips. His uncanny aura as a flourishing tycoon has everyone’s attention. But what remains a mystery is the criminal activities he conceals under the disguise of being a reputable businessman.

Emma quickly agrees to Richard’s offer, but after five years, times change, and so do her priorities. At 29, Emma unlocks her potential as an audio engineer, rewarded with all the success in the world. With her life dedicated to her music passion, she has little interest in joining Richard’s secret criminal empire – even for several months.

Given her dedication to work and juggling her relationship with a handsome rock star, Emma ignores her Grandfather’s demands.

Emma’s impulsive and naïve decision pushes her into a world with no happy endings. Her refusal to give in pushes Richard to deploy his plan, threatening her loved ones.

With no means to escape, Emma gives in, joining the infamous syndicate run by her grandfather. An organization that is all about jewel smuggling, murder, and crimes.
What follows is a suspenseful tale that will take you through the darkness of blackmailing and kidnapping. With unexpected twists and turns, the reader is immersed in Emma Grant’s world and her struggle to free herself from her grandfather’s chains.

A Smuggler’s Last Song is a fast-paced, compelling thriller. With murder, mystery, family, and betrayal, this book has everything you can ask for. Plus a little fun and romance.

What Inspired You to Write Your Book?
After researching my family and the time period they lived, I found it was an easy era to be a smuggler from one continent to the next. I combined my love of music with the story to create multi-layered characters. The pull of good vs evil is always too much to resist.

How Did You Come up With Your Characters?
As with most of my female main characters, Emma Grant is based on a part of me. This woman has my rebellious personality and a love of music and men. Needing evil characters, I drew from the closeness of my family and mixed it with criminals. Emma's boyfriend, Cameron, is my typical English heartthrob. I love to include a British bloke in my stories.