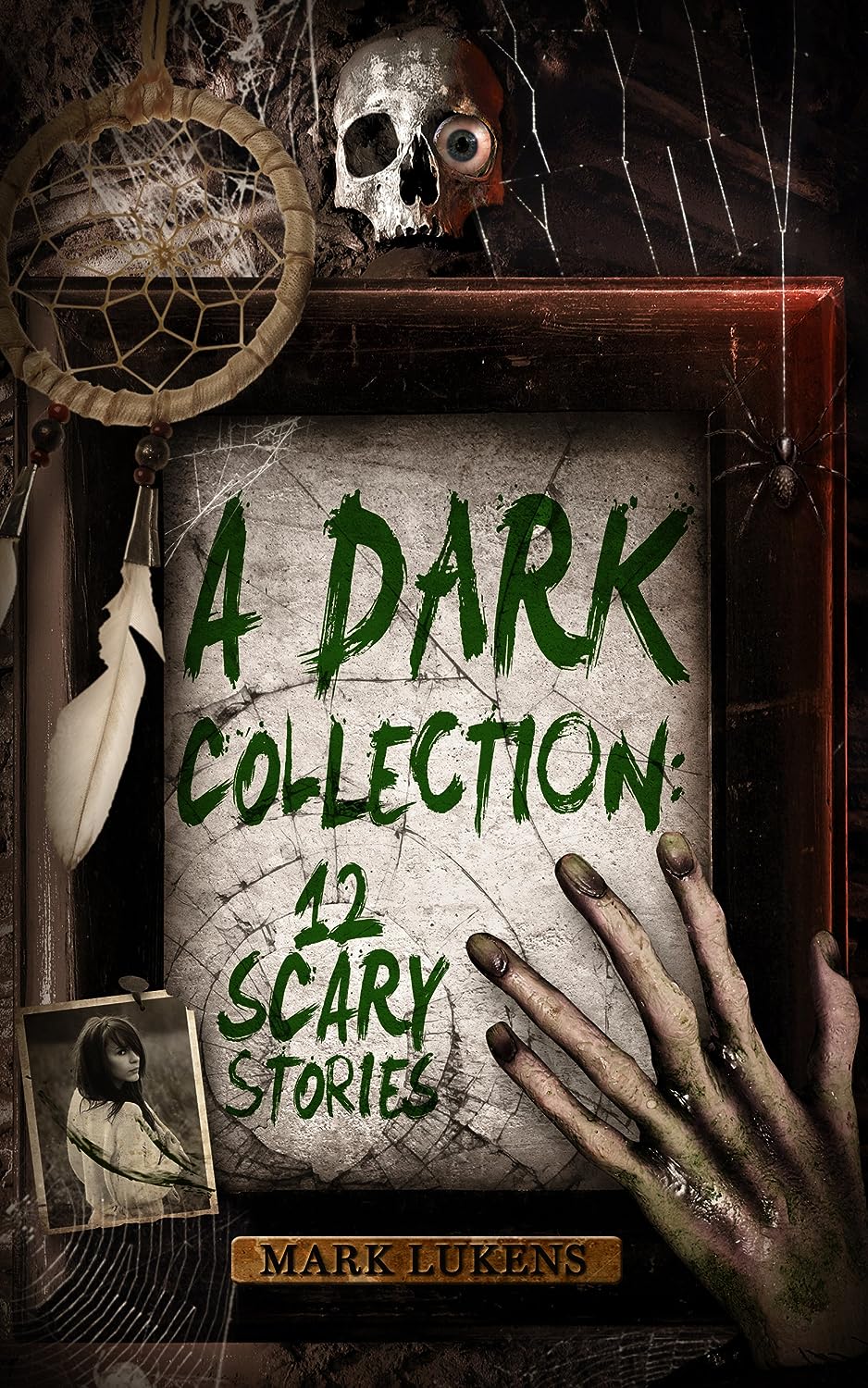 A dark collection of twelve scary stories – one for each month of the year.

CROW MANOR (January) – A young couple struggling with their finances gets an amazing opportunity to house-sit at a strange mansion where something horrible waits for them.

FEARS OF TORTURE (February) – A new twist on the hitman and an assassination.

SQUISH (March) – After a man stages a deadly accident, the dead come back to haunt him in a peculiar way.

PURGATORY (April) – After a car accident, a family and their injured daughter are chased by the truck that hit them to a seemingly deserted town.

A KNOCK IN THE NIGHT (May) – A young couple staying the night in a remote cabin is terrorized by a stranger.

THE CLOSET MONSTER (June) – A young boy tries to convince his parents that there really is a monster in his closet.

THE TANK (July) – A man wakes up trapped inside a metal tank. He’s not sure who put him there or why; he just knows that he needs to escape.

WELCOME TO PARADISE (August) – A young woman with psychic powers and her three friends become stranded in a town where the people won’t let them leave.

SKINWALKERS (September) – Three bounty hunters in the Old West are attacked by skinwalkers while transporting a prisoner. This story has a slight connection to my book Ancient Enemy.

THE SPIRIT OF HALLOWEEN (October) – Three friends try to outdo each other with frights on Halloween night.

RATTRAP (November) – A young couple believes they have rats in the walls of their house – but their pest problem is much worse than they ever imagined.

THE VENDING MACHINE (December) – Nine year old Sammy discovers a broken vending machine that seems to grant his wishes, but he must be very careful what he wishes for.

What Inspired You to Write Your Book?
I have loved short story collections and anthologies since I was a kid; they have given me a chance to discover many new authors over the years.

I’ve been writing short stories for years now and I wanted to put a collection together. A few of these stories are older and have been published in magazines before, but a few of them are brand new.

How Did You Come up With Your Characters?
Most of the time an idea just hits me for a story. I see the beginning and as I let it turn over in my mind for a while, occasionally writing down notes, the characters become more and more alive to me.

About the Author:
I’ve been writing since the second grade when my teacher called my parents in for a conference because the ghost story I’d written had her a little concerned. By the time I was fourteen years old I was reading every Stephen King book I could find in the public library: I was hooked – I knew I had to be a writer. Through the years I’ve worked many jobs: drywall hanger, lawn spray tech, concrete laborer, line cook, welder – but throughout that time I was always reading and always writing.

I’ve had several stories published and I’ve had four screenplays optioned by producers in Hollywood, one of which is being considered by a major studio for production (keeping my fingers crossed). I’ve also written several novels (Ancient Enemy, Descendants of Magic, The Summoning) which are available on Amazon/Kindle. I’m a member of the Horror Writers Association.
I grew up in Daytona Beach, Florida, and then after many travels and adventures, I settled down in Tampa, Florida where I currently live with my wonderful and supportive wife, my son, and a stray cat we adopted.