You are here: Home / Fiction / Action & Adventure / A Beginning, No Middle, And An End by G. Eric Francis 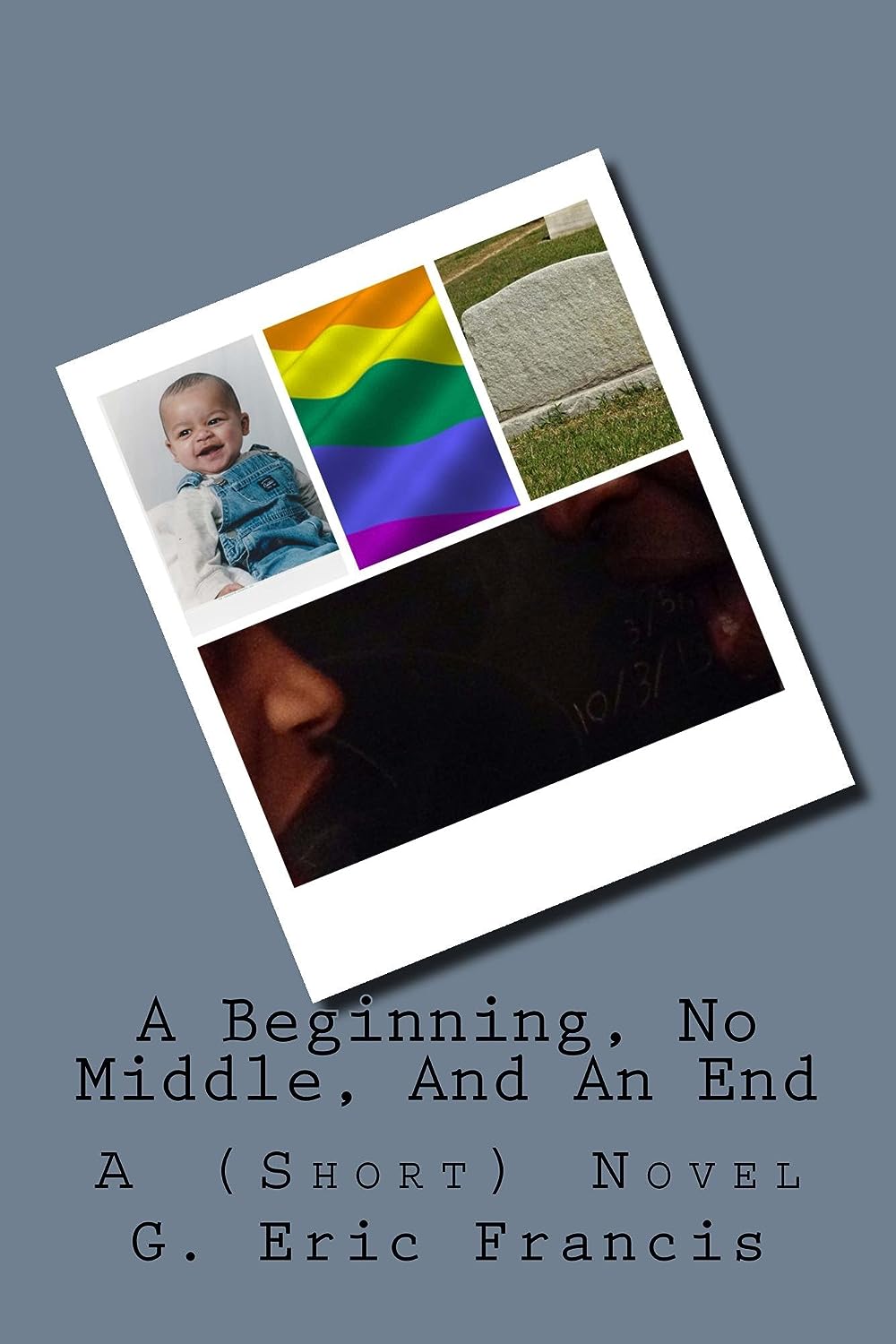 The 21st Century is approaching its midpoint, and the world has changed. While nations still have their own names, there are no longer any borders. What was once 196 different governments and ideologies has been reduced to one. One of the most successful men in this new world is JaFrancis Brownell . A video game and book publisher, he is worth billions, with a fan base to match. At the verge of publishing his 200th title, a friend brings to his attention something from the past that he didn’t know existed, forcing him to come face to face with someone he hasn’t seen in years…his father, Franklin. A writer who never made it, he is a bitter and bigoted man nearing the end of his life’s journey. Angry at his son for not only ignoring his own natural gift for writing, but for his lifestyle choices as well, the two strong-willed men butt heads. But an unexpected threat due to JaFrancis’ fame brings danger from those who want what he has. Now both father and son not only face years of hurt feelings, but a clock that will definitely strike midnight for one of them…but not in a way either one expected.

What Inspired You to Write Your Book?
I call this a work of fiction non fiction…:) It is based on my blogs I’ve posted over the last 6 years at my site, “The Future’s Domain.” An idea came to me while sitting around, and decided to make this my 3rd book.

Book Sample
The driveway that the cabbie dropped JaFrancis off at was about 150 feet long. Taking a deep breath to finish calming his nerves, he began to walk towards a house at the end of it. About 3 minutes later, he stood in front of a large door, jet black in color with a window on top.

He began to raise his hand to ring the doorbell, before he heard a “click” sound to his right.

JaFrancis slowly closed his eyes, a heavy sigh emitting from his throat.

“Did you forget to take your DementEnd pills again?” he asked the person who had a shotgun aimed at his head.

He slowly raised his arms, turning around slowly, since he didn’t want his trip…or his life for that matter to end abruptly. The shotgun remained aimed at his head, until a pair of eyes appearing above the handle of the shotgun recognized who was visiting his home.

“JaFrancis?” the holder of the gun said, as he slowly lowered its barrel to the ground. “What the hell are you doing here?”
JaFrancis lowered his arms, a half-hearted smile crossing his lips. Taking one hand, he slowly moved the weapon away from him, before gently taking it away from the man who was holding it.

As JaFrancis took the shotgun and rested it against the door, an elderly man in his late 70’s squinted as he stared at his offspring.
“Rich boy actually decided to come check up on his old man, huh?” Franklin Brownell said as he folded his arms. “What, you couldn’t send one of those white boys who work for you to come do the job for you?”

JaFrancis was about to reply, when his father lifted his hand to stop him.

“Wait a minute,” Franklin said, as he took a deep breath.

A moment later, he let out what had to have been the loudest bit of flatulence ever heard on the Planet Earth.

JaFrancis’ nose wrinkled, as the odor hit his nostrils like a boxer’s uppercut to the chin.

“It’s good to see that you haven’t changed,” JaFrancis said, as he waved his hand in front of his nose.

The waving of his hand caused his ring to turn slightly, accidentally making his eyeglasses appear on his face.

“What the ant fuck is that, boy?” Franklin said, taken aback by what he was seeing.

“Just something you would call a waste of a good shit of time, Dad,” he replied.

Franklin looked at his son, trying to stifle a smile, as that he was glad to see him, yet angry at the same time. It was the first time he had set foot on his porch in more than a decade.

“Hell boy,” Franklin said, “I’ve never understood all of those fancy toys you have. Sorry about my ass…it was just yodelin’! Besides, I’m 77 years old. At my age, I have to prep myself when I crack one off! I never know if what flies out is gonna be gas or a chocolate factory explosion!”

“Charming, Dad,” JaFrancis said, as he mentally prayed that a strong wind would show up so it could take away the odor that was assaulting his nostrils.

“Besides,” Franklin continued, “don’t you know that a fart is good for ya? It’s good for the heart, helps prevents strokes…shit…it even may prevent cancer! Read that somewhere once. You could say that my ass is like a doctor I carry with me all the fucking time!”

“I am sure you are right, Dad,” JaFrancis said, shaking his head at what he just heard. “Now that you have tried to not only kill me with your gun, but with your ass, can we go inside?”

I always have crazy ideas floating through my head, whether it be about undercover chickens, kids who discover the cure for some deadly disease, or other strange concepts that I will eventually get from head to keyboard.

I was born in NYC in the late 1960’s (so I remember when “Scooby Doo” actually was good). I graduated from Syracuse University in the 1990s, and moved out to the MidWestern US when I figured making sandwiches for a living wasn’t my intended purpose in life.

I met my wife while at a club called “Gators”, and I have two great kids, including one with special needs, which makes for special times most days.

As for what I like to read, anything that will take me on a grand adventure works for me…so “The Hunger Games” series is a big plus.

When I am not writing (or commenting on the world around me), I am a huge movie fan (summertime is my favorite time of the year), I collect music (over 19k on my iPod, with Prince being my favorite) and cheering for (and banging my head against the wall) my favorite baseball team, those 27 time World Champion Yankees (hope there aren’t any Red Sox fans reading this 🙂

Well, that’s it. Simple guy who hopes to write books that entertain you, all the while hoping to one day make a living out of it.

Links to Purchase Print Books
Link to Buy A Beginning, No Middle, And An End Print Edition at Amazon

Links to Purchase eBooks
Link To Buy A Beginning, No Middle, And An End On Amazon