You are here: Home / Fiction / 30 seconds by Chrys Fey 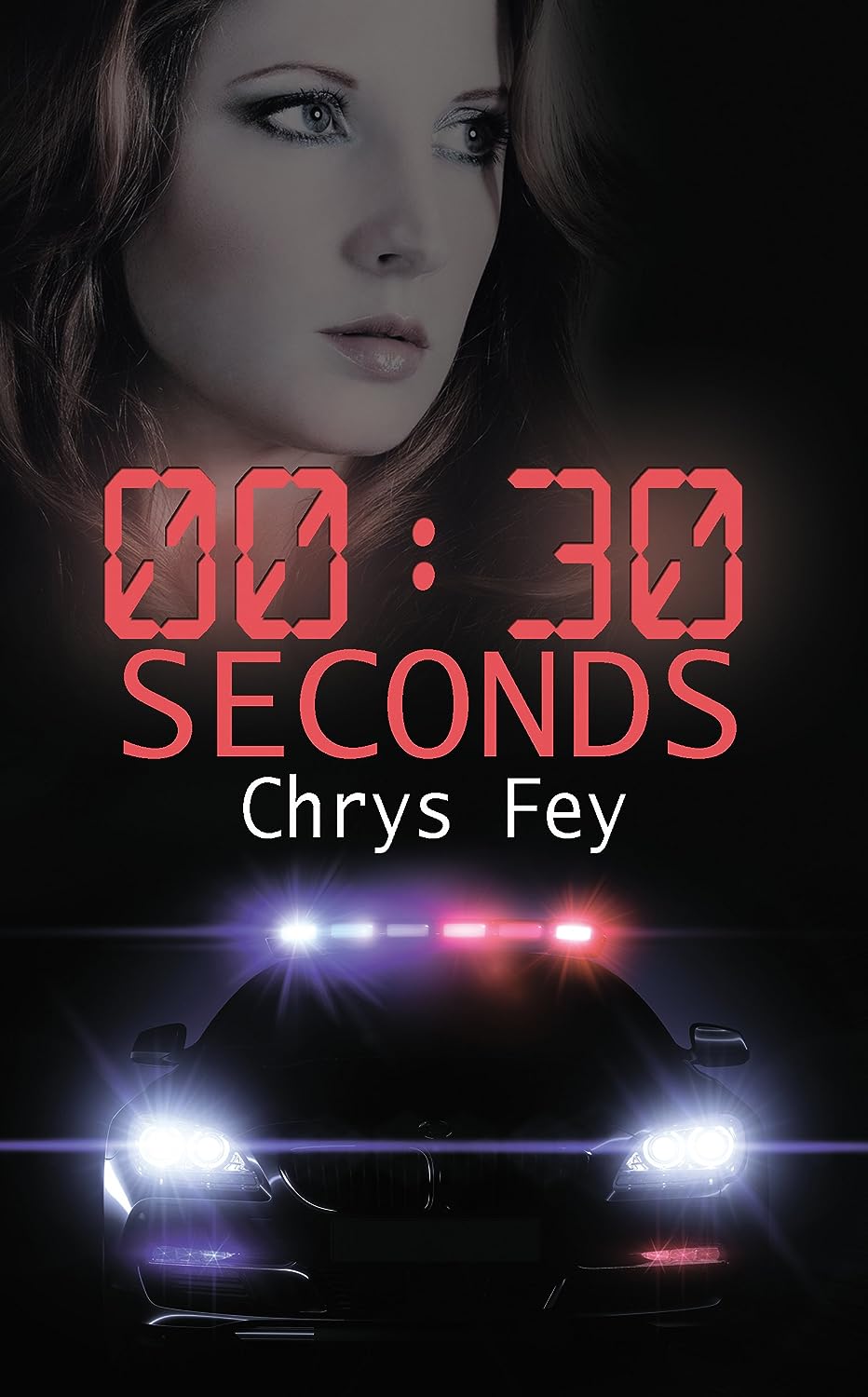 When Officer Blake Herro agreed to go undercover in the Mob, he thought he understood the risks. But he’s made mistakes and now an innocent woman has become their target. He’s determined to protect her at all costs.

The Mob’s death threat turns Dr. Dani Hart’s life upside down, but there is one danger she doesn’t anticipate. As she’s dodging bullets, she’s falling in love with Blake. With danger all around them, will she and Blake survive and have a happy ending, or will the Mob make good on their threat?

What Inspired You to Write Your Book?
It all started with a dream. I was dreaming that I was spinning on a swivel chair to rock music when hands stopped me and lips touched mine. I opened my eyes to see a hot officer in full uniform who said, “I shouldn’t have done that.” When I woke up, I pondered a story where a woman falls in love with a cop even though she knows she shouldn’t. Not only did that dream spark the idea for 30 Seconds, but it actually became a scene in 30 Seconds.

How Did You Come up With Your Characters?
The actor who inspired my hero, Blake Herro, was Paul Walker. During the final editing rounds, I started picturing Dani as Rachelle Lefevre from the TV show Under the Dome.

Book Sample
She panted with fear. What if they see the chest? What if we get caught? What if my breath stinks and I’m breathing right into Officer Hottie’s face? She shut her mouth and let oxygen flow through her nose.

Her eyesight slowly adjusted to the darkness and she could see Officer Herro’s silhouette. His head was turned and he was listening to the thuds of heavy boots getting louder; the intruders were coming their way.

Then the thunder of footsteps sounded right next to them. “There’s no one here, Red,” someone announced.

“Look for documents,” a man ordered, who Dani could only assume was Red. “I want the name of the person I’m going to kill.”

A moment later, there was a reply. “All the mail is addressed to a Dr. Hart.”

Hearing her name said aloud by one of the men who had ransacked her place made her want to gasp. Her mouth fell open and her breath was reversing into her lungs, but before she could make a sound, Officer Herro lowered his lips to hers, silencing her. Stunned, she could only lie beneath him with her eyes wide and her body tense. She couldn’t believe he was kissing her. She wanted to push him back, but knew if she did he might hit the inside of the chest, giving away their hiding place. That was when she realized he was kissing her so she wouldn’t gasp.

She let her body relax. After her initial shock faded, she was able to feel his lips. They were comforting and caused a reaction deep inside her. She couldn’t stop her lips from reacting to his. It was an innocent connection, a soft touch of lips. Until his hand slid from her shoulder to her neck and the kiss deepened into something else.

About the Author:
Chrys Fey is a lover of rock music just like Dani Hart in 30 Seconds. Whenever she’s writing at her desk, headphones are always emitting the sounds of her musical muses -especially that of her favorite band, 30 Seconds to Mars, the inspiration behind the title.
30 Seconds is her second eBook with The Wild Rose Press. Her debut, Hurricane Crimes, is also available on Amazon.

Discover her writing tips on her blog, and connect with her on Facebook. She loves to get to know her readers!