You are here: Home / Bargains and Freebies / Bargain Books Under $3 / Martyr by N. P. Beckwith

What if one day, you took a different path, a bridge over instead of under? Could that change everything? Could you ever go back? For college student Justin Mayer, an ordinary day turns extraordinary when he finds himself in a world like, yet fundamentally unlike his own. Narrowly escaping the clutches of a malevolent figure through the actions of a zealous band of rebels, he learns that this is a world ravaged by plague, and divided by holy war. At the center of the conflict is an ancient deity named Chaer-Ul. Justin must seek to comprehend the motives of this enigmatic being, even as it becomes clear that Chaer-Ul’s followers see Justin as the incarnation of a legendary warrior they call “Martyr”. As the scattered bands of a resistance prepare to make a final, apocalyptic stand against a dark enemy of unspeakable power, Justin finds himself increasingly drawn to a beautiful young rebel named Maya, who seems to hold the key to the mysteries of this strange, new world. At the precipice of war, Justin must decide what he believes, and who he can trust. In the process, he will learn who he really is, and what price he must pay for love. 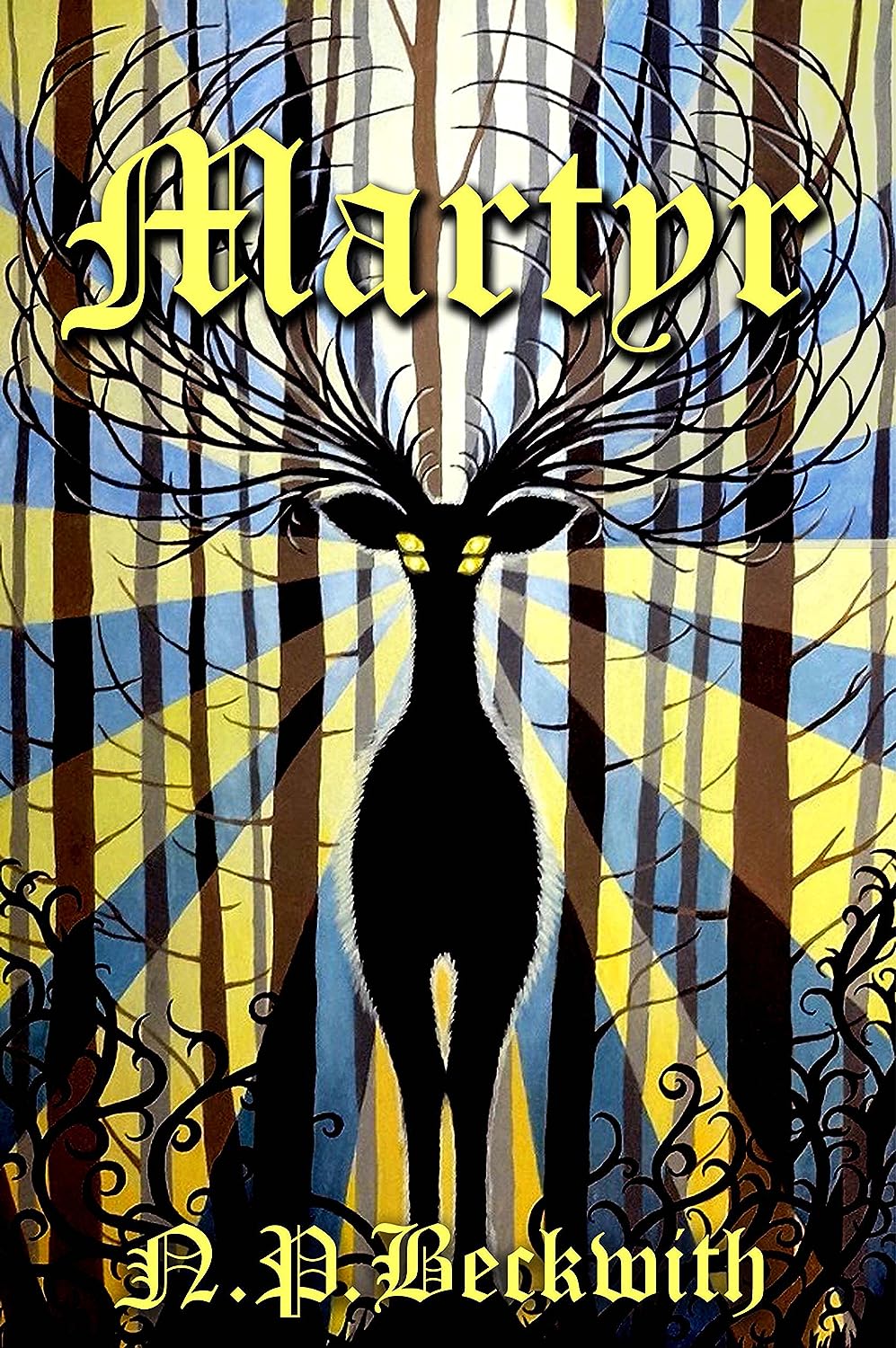 How is Writing In Your Genre Different from Others?
Research, while still essential, takes the form of eliminating elements that are implausible, more than establishing facts. Fantasy requires certain aspects (e.g., magic) that may not exist or be testable in the physical world, but the world the fantasy author creates must at the very least be internally consistent.

What Advice Would You Give Aspiring Writers?
Get as much criticism as possible, and not from family or friends. You will soon see repeated themes, and be able to distinguish between a reader’s personal opinion or preference, and tendencies in your writing that may need to be addressed.

What Inspired You to Write Your Book?
A desire for fantasy that treads outside of the traditional formulas and elements, and which explores some of the deepest questions of existence.

About the Author:
N. P. Beckwith is a professional chiropractor, former educator, casual artist, and undocumented theologian. Occasionally, on a dare, and at great risk to those he loves, he writes a novel. He believes that he who finds a wife finds a good thing, and that children are a heritage from the Lord. He is a world traveler, his conquests including Texas, Holland, India, Japan, and at least one alternate earth. He currently resides with his good thing and his heritage in his home state of Maine.